Speaking for the first time publicly since the scandal broke, Raiders GM Mike Mayock addressed the Jon Gruden controversy at Wednesday’s press conference, noting he and the team “respect” owner Mark Davis’ decision to move on from Gruden after a number of his past racist, misogynistic and homophobic emails came to light.

“Since the day I took this job almost three years ago, what Mr. Davis has preached has been three things. It’s been diversity, social justice and [stopping] domestic violence,” remarked Mayock. “He’s been consistent with his messaging, and, in regards to the Jon Gruden situation, we all respect his decisions and we’re going to move ahead accordingly.”

Here is the opening statement made by #Raiders GM Mike Mayock, the first by a member of the team's front office since Jon Gruden resigned. pic.twitter.com/3sxfzNxU05

Mayock also expressed his utmost confidence in interim head coach Rich Bisaccia, who he regards as “the most natural leader of men that I’ve ever been around.” “I’ve endorsed [Bisaccia] for a lot of head coaching jobs over the years, both in college and the NFL,” raved Mayock. “He’s got as much respect in our locker room as any coach I’ve ever seen in my life.”

Mayock also acknowledged he’s spoken with Carl Nassib, who was absent from Wednesday’s practice after requesting a “personal” day, which the team granted. Nassib made history this offseason by becoming the NFL’s first active player to come out as openly gay. Gruden’s leaked emails, which included several gay slurs, implied the Rams were “pressured” by the league to draft Michael Sam in 2014, a dubious claim that has since been refuted by Jeff Fisher.

“He and I spoke yesterday a couple of times,” said Mayock, noting he plans to meet with Nassib this afternoon. “He just said he’s got a lot to process.”

An alum of Penn State, Nassib, whose older brother Ryan spent five years in the league as a backup quarterback for the Giants and Jaguars, has contributed a forced fumble along with nine tackles and 1.5 sacks over 106 defensive snaps this season. Coming off consecutive losses to the Chargers and Bears, the 3-2 Raiders will travel to Denver for a divisional showdown with the Broncos in Week 6. 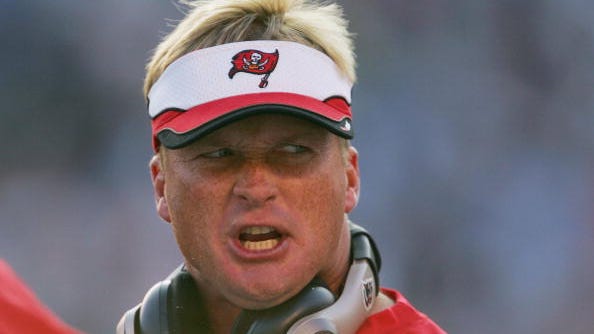 Peter King: Jon Gruden's coaching legacy was 'a little bit of a creation of the media' 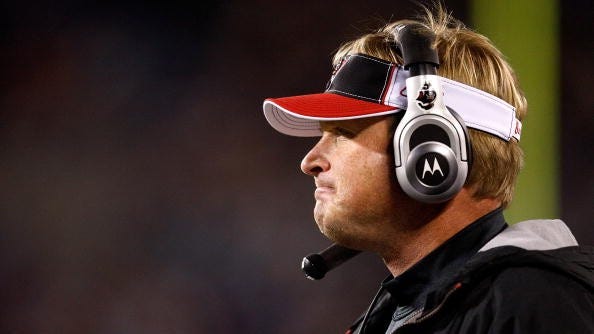