What did Chase Young do after another monster game in his rookie season? Well, he talked to mom, of course.

Yes even after nearly single-handedly leading the Washington Football Team to a 23-15 win over the San Francisco 49ers, Young had to call his mom. So when Chase walked in to do his Zoom conference with reporters, he had his mom, Carla Young, on the phone.

So, what did mom think of his 47-yard fumble return for a touchdown?

“Oh, my gosh, I’m just so worn out,” Carla Young said. “It was just outstanding. I couldn’t even believe it. I was in shock.”

“And, you know, I think he knows how to pick that ball up and not fall on it. And He got it and kept trucking!” Young’s mom added. 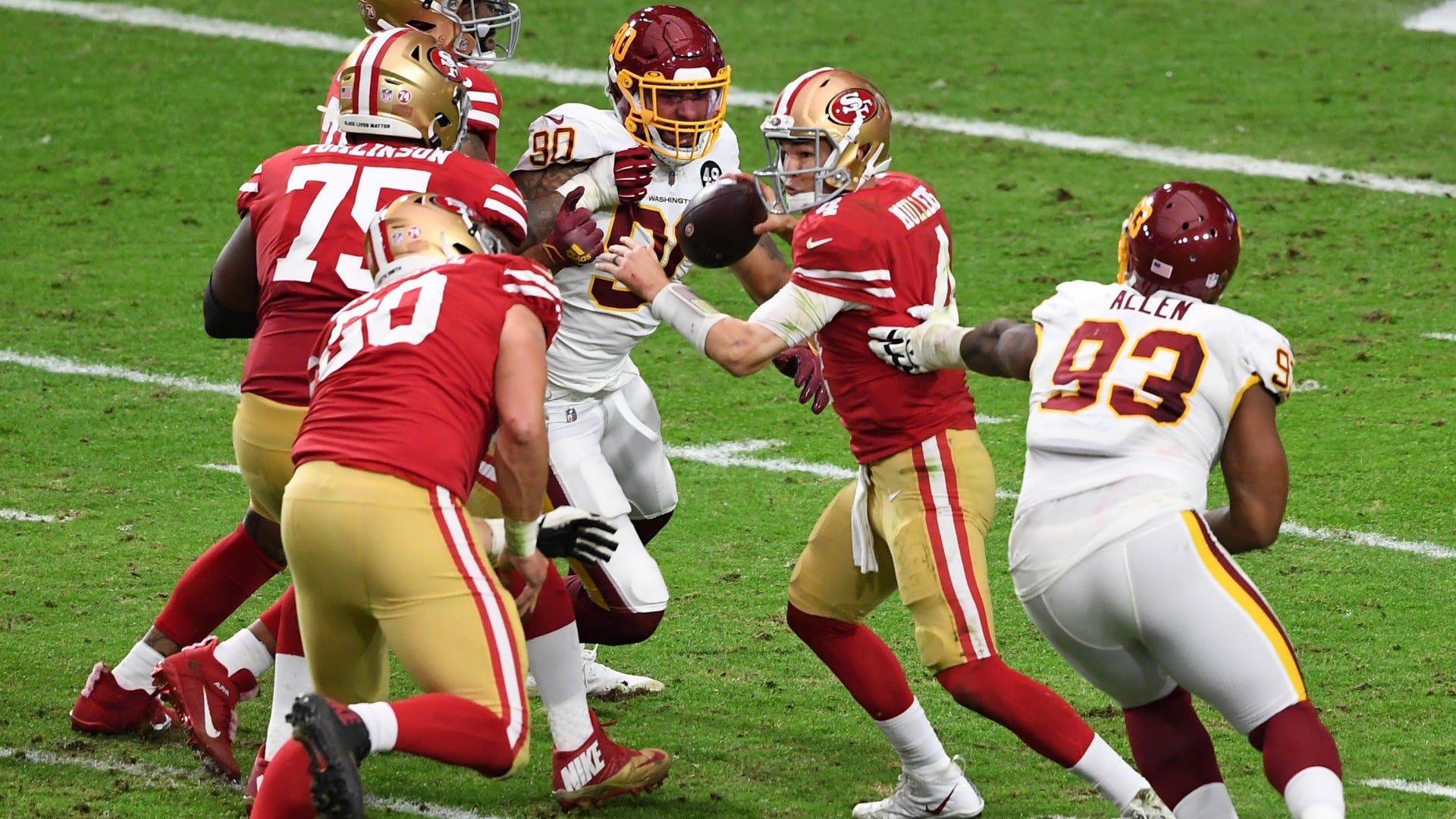 “I’m at a loss for words,” Chase Young said after the game. “I was just out there playing ball, man, and good things happened for me today.”

But perhaps best of all, he got what sounded like some high praise from his mom, who he revealed earlier this season is a tough grader.

"First seven games, my mom, she gave me like a C+," Young told the media in November. “(I) take that on the chin and just keep moving. Gotta respect what she say.” 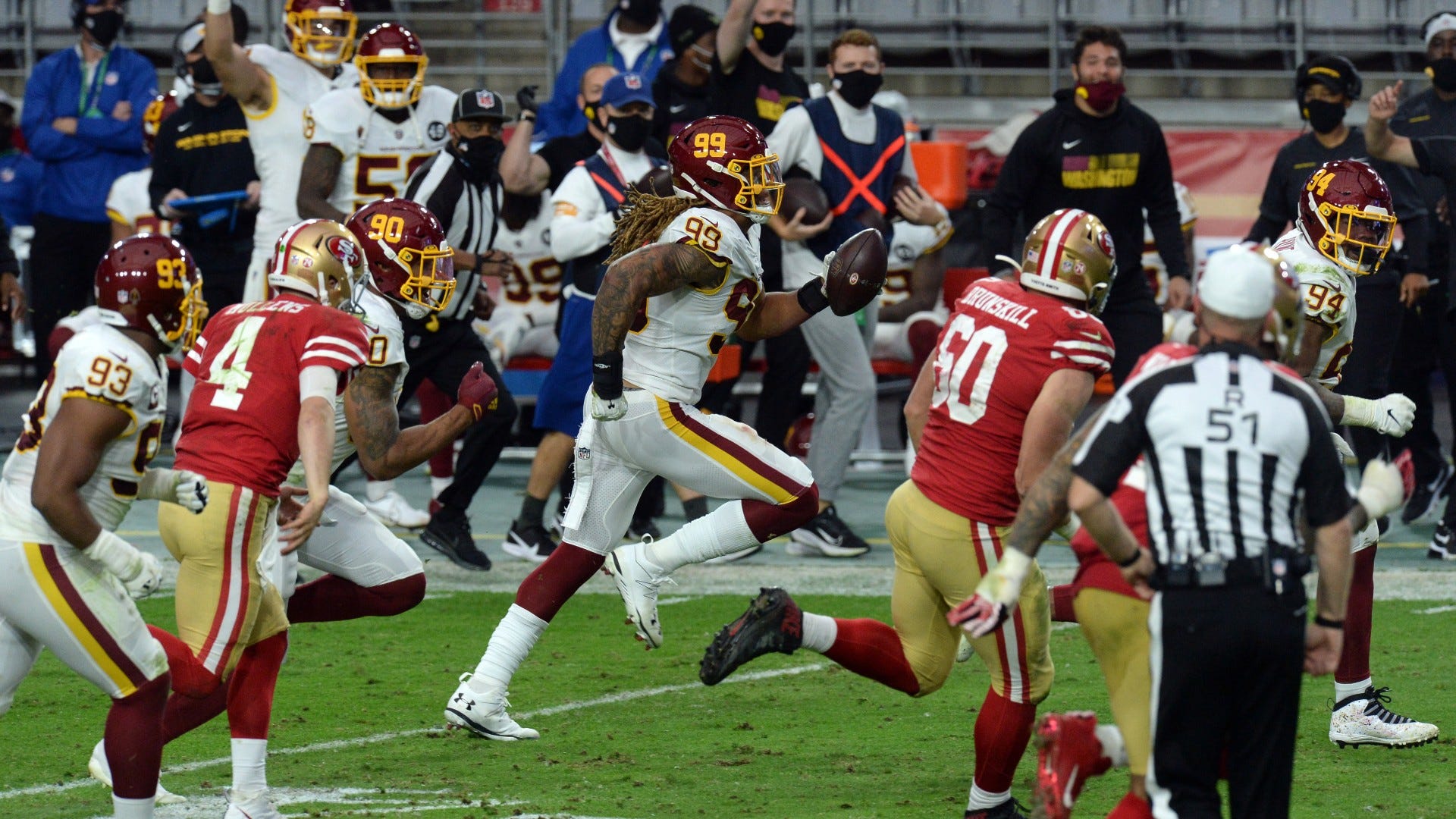 In 12 games, Young is up to 5.5 sacks and three forced fumbles, decent numbers, but not good enough for Carla.

“She said that I’m not leading the league in sacks,” Chase said at the time. “At the end of the day, my mom, she just loves me and she likes to see me do well.”

After the win which put Washington into first place in the NFC East, Young echoed his mom: “We’re not satisfied and we’re going to keep going.” 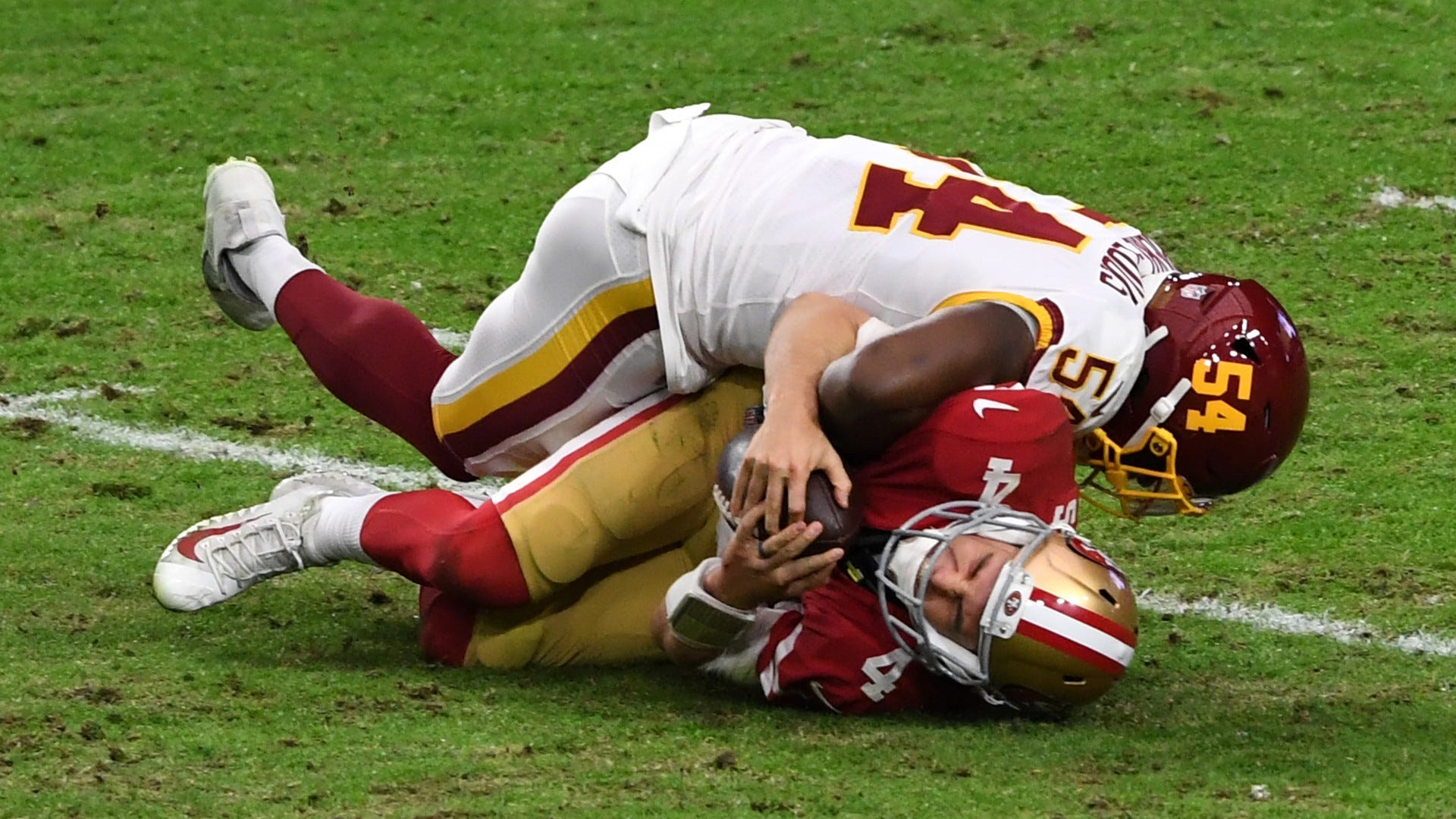 Ron Rivera in postgame speech: 'Nobody wants to play us'