The Chipotle saga continues in Tennessee, where A.J. Brown is still recovering from a traumatic bout with food poisoning. Brown gutted it out against the Bills Monday night and, despite still feeling sluggish, he’s prepared to do the same Sunday when the Titans host Kansas City.

Feeling it was his duty to keep the general public abreast of any new developments in ChipotleGate, Brown provided an update during Friday’s media availability, sharing that a Chipotle rep had reached out to him, hoping to bury the hatchet once and for all. Still fuming over last week’s betrayal, the 24-year-old wasn’t willing to negotiate, swearing off not just Chipotle but all fast-food establishments.

.@1kalwaysopen_ said Chipotle reached out to him after his bout with food poisoning. @Titans pic.twitter.com/kiEiZfefG8

I will never eat fast food in my life again. 🤮🤢

It would be tough to pass up free burritos for life, but after experiencing a week of digestive hell, Brown and his teammates have moved on to bigger and better things … like puppies!

This week, the Tennessee Titans are conducting their interviews in shirts that feature dogs up for adoption 🐶

In partnership with Mars Petcare, the team is covering $100K in adoption fees at local shelters in Nashville and Kansas City, their opponent this Sunday.

#Titans Elijah Molden, David Quesenberry and Khari Blassingame with the t-shirts on as part of the #Titans participation in Better Cities For Pets pet adoption program. pic.twitter.com/5V6c63UO7A

The Titans are rolling out the red carpet ahead of Mars Petcare’s 13th annual Adoption Weekend, teaming up with local shelters in both Nashville and Kansas City to cover adoption fees up to $100,000 in each city. Many in the fantasy football community have taken to calling Derrick Henry “Big Dog,” so it was only fitting he showed up to Thursday’s press conference looking like this.

Derrick Henry with a t-shirt on to rep Bam Bam, a dog that is up for adoption for a pet adoption program the #Titans are taking part of. pic.twitter.com/b4L0fDyCi1

Brown’s performance Monday night, grinding his way to 91 yards against Buffalo, reminded many of Michael Jordan’s iconic “Flu Game” during the 1997 NBA Finals. Brown referenced the game (which took place three weeks before he was born) by posting a photo of his Jordan 12s, the same sneakers Jordan wore when he overcame illness to beat the Utah Jazz in memorable fashion. 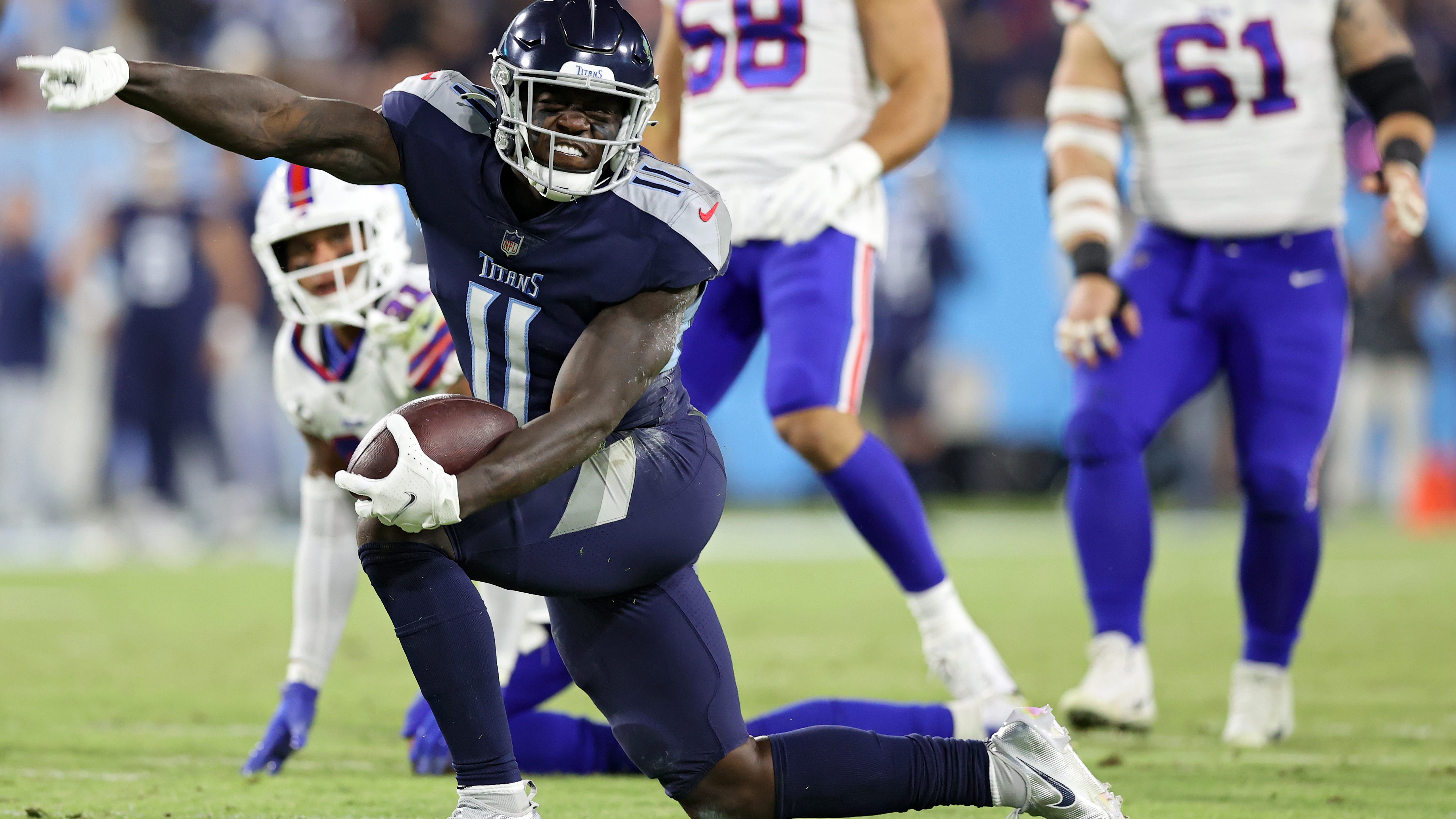