Fourth quarter, clock ticking, crowd screaming, game on the line, one drive for all the marbles, who do you want under center? There’s certainly a case to be made for Tom Brady, architect of the greatest comeback in Super Bowl history. But anointing Touchdown Tom would be doing so at the expense of Aaron Rodgers, a Hail Mary artist who improvs more than actors on the set of a Judd Apatow movie.

And what about Eli Manning, a Brady slayer whose pristine playoff resume (offsetting his pedestrian regular-season totals) has made his admission into Canton all but inevitable? Needless to say, the NFL has long been a breeding ground for ice-veined, miracle-making, late-game assassins. While the existence of a “clutch gene” is up for debate, these 11 signal-callers were always at their best when the lights shined brightest. 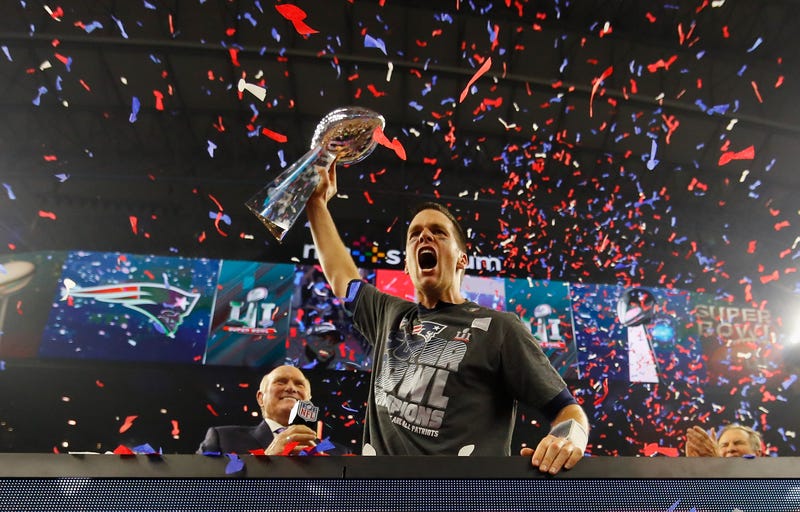 Nobody has defied the odds more consistently than Brady, an afterthought sixth-round pick who just happens to be the greatest quarterback of all-time. The Belichick or Brady debate is the NFL’s answer to the chicken or the egg, but regardless of who you deem as more indispensable, TB12’s ability to weather storms from fierce challengers like Peyton Manning, Ben Roethlisberger, Kurt Warner, Russell Wilson and Matt Ryan is unprecedented. The Giants losses both sting but there was nothing more Brady could have done in New England’s loss to the Nick-Foles-led Eagles in 2018, a game that saw the Michigan alum throw for a Super Bowl record 505 passing yards. From the Seahawks comeback (preserved in dramatic fashion by Malcolm Butler) to his magnum opus in Super Bowl LI (not to mention his firm denial of Patrick Mahomes in the 2018 AFC Championship), the relentless 42-year-old seems to have a near-endless supply of hats to pull rabbits out of. Whether it’s Randy Moss, Danny Amendola or someone in between, the chameleon QB can paint a masterpiece with any canvas. Only Peyton Manning has led more fourth-quarter comebacks than Mr. Bundchen.

While the Lombardi Trophy proved elusive until his late-career breakthrough, there’s little doubt that Elway will go down as one of the most clutch performers of his generation, if not all-time. Elway’s heroic performance in The Drive speaks for itself while his lunging, hair-on-fire first-down scramble against the Packers still resonates as one of the most iconic plays in Super Bowl history. The Broncos lifer compiled 4,964 passing yards over his 22 postseason appearances, good for eighth-most all-time behind a stacked cast of current (Brett Favre, Joe Montana) and future (Brady, Manning, Roethlisberger, Rodgers and Drew Brees) Hall of Famers. Only Brady has been under center for more Super Bowls (nine) than Elway’s five.

The dictionary definition of a backyard quarterback, Favre’s all-or-nothing approach frustrated at times, but his fearlessness in the face of chaos was often rewarded. Favre’s 13 playoff victories (including his Super Bowl win over the Drew Bledsoe-led Patriots in 1997) rank sixth all-time. While Favre’s playoff success was what cemented his Packers legacy, the Mississippi native was just as clutch in the regular season, delivering a herculean performance on Monday Night Football the day after his father’s passing. The Green Bay legend left some opportunities on the table—the Packers’ collapse in Philadelphia (4th and 26 ring a bell?) and his costly, season-spoiling interception at the Superdome will always haunt him—but Favre, especially during his mid-90s prime, still delivered plenty of crunch-time heroics. His record of 297 consecutive starts (321 if you include the postseason) won’t soon be broken. 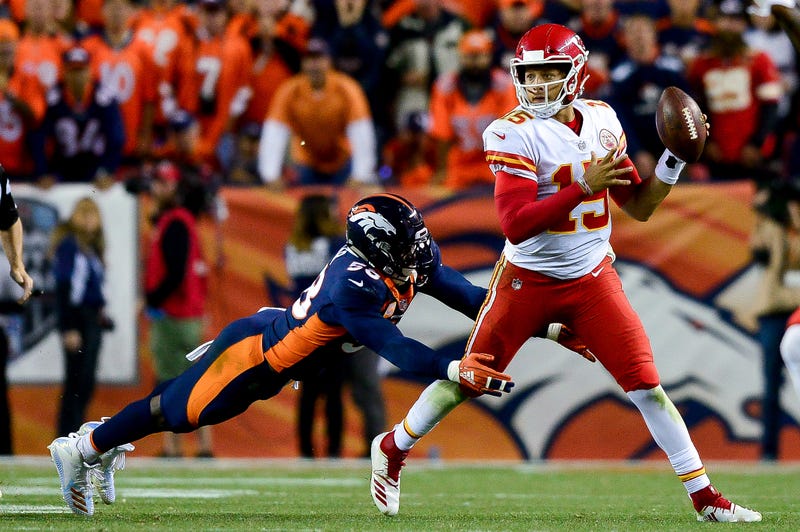 It may be a little soon to enter Mahomes in this discussion, but even in just two seasons as a full-time NFL starter, the reigning Super Bowl MVP has shown an uncanny flair for the dramatic. The ketchup-obsessed 24-year-old came from behind in each of his three wins this past postseason, erasing a 24-point deficit in throttling Houston in the Divisional Round, breaking the Titans’ spirits with a fourth-quarter flurry in the Conference Championship before lifting the Lombardi with a vintage effort against the Jimmy Garoppolo-led 49ers in Super Bowl LIV. He’s gone toe-to-toe with Lamar Jackson, beating him on two occasions, and showed serious guts playing through injury in a narrow win over the Patriots on Tom Brady’s home turf last season. Hell, Mahomes even completed a left-handed pass late in KC’s comeback win over the Broncos on Monday Night Football in 2018. If that’s not clutch, I don’t know what is.

Eli’s 16-year Giants journey was a rollercoaster but no one can take away his two Super Bowls. Both titles came at the hands of Tom Brady and the high-octane Patriots (David Tyree and Plaxico Burress were instrumental in spoiling New England’s perfect season), giving each of his triumphs an added degree of difficulty. The youngest Manning sibling never sniffed an All-Pro team and was a liability over his final few seasons in the Big Apple, but outgunning Brady on the sport’s biggest stage, not once but twice, is still worthy of a statue outside MetLife Stadium and probably a bust in Canton for good measure.

A four-time Super Bowl participant with two rings and a Super Bowl MVP nod to show for it, The Sheriff delivered plenty of late-game theatrics in his day. Brady is often hailed as the king of fourth-quarter comebacks but Manning actually has his rival beat in that department with a record 43 comebacks in the game’s final period. A five-time regular-season MVP who retired as the sport’s all-time leader in both touchdowns and passing yards (Brady and Brees have since passed him), Manning’s career looked like it was on its last gasp following a neck injury that cost him the entirety of 2011. All he did after that was produce the greatest statistical season of all time (55 touchdowns and 5,477 passing yards in 2013) while becoming the first and so far, only starting quarterback to win a Super Bowl with two different teams. Turns out, Peyton’s short game is also pretty impressive. 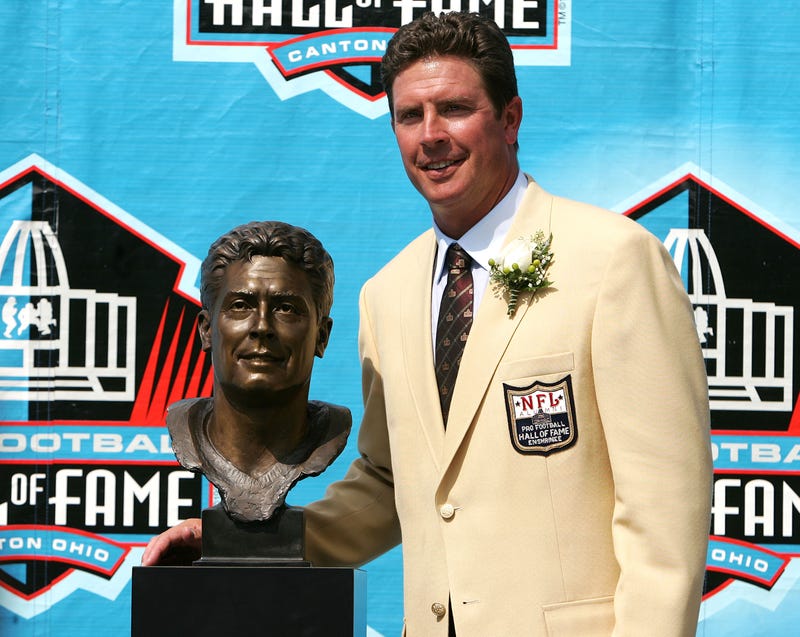 It’s well-known that Marino never won the big one. In fact, he only appeared in the Super Bowl once, coming up empty in a 1985 loss to Joe Montana and the 49ers. But we won’t hold that against Marino, a marvelous postseason performer (32 career playoff touchdowns) whose 155 NFL victories are the most by a quarterback to never win the Super Bowl. Toss in his 47 career game-winning drives (third-most behind Manning and Brees) and his memorable fake spike (which sealed the fate of the division-rival Jets in 1994), and you have all the makings of a late-game legend, which is precisely what Marino was.

I could bore you with the specifics—four Super Bowls, 26 fourth-quarter comebacks, 45 playoff touchdown passes (second all-time)—but none of those gaudy numbers do Montana justice. The legend of Montana’s greatness was something you had to see to believe. Between The Catch and his late dagger to beat the Bengals in Super Bowl XXIII, just about everything Montana touched in the 80s turned to gold. Having an all-world receiver (Jerry Rice) and a Hall-of-Fame coach (Bill Walsh) certainly didn’t hurt, but Montana is still the unquestioned face of one of the league’s most successful franchises. Joe Cool may have passed the “best-ever” torch to Brady in recent years but long before Touchdown Tom built his New England dynasty, Montana was giving off serious GOAT vibes in San Fran. And while Brady’s likeness is firmly chiseled on the NFL’s Mount Rushmore of quarterbacks, his childhood idol still holds one significant edge over TB12—Montana went undefeated in his four Super Bowls compared to Brady’s three losses.

Green Bay has done all it can to squander Rodgers’ athletic prime with lousy coaching under famously vanilla Mike McCarthy (Matt LaFleur was a marginal improvement in year one of his Packers reign) and subpar supporting casts, but even those obstacles have done little to obscure the 36-year-old’s immense greatness. A two-time MVP and the highest-rated passer in league history, Rodgers has done more last-second damage than any QB in recent memory. Rodgers’ 15-year career is littered with Hail Maries including his iconic game-winner with zeros on the clock in a Thursday-night thriller at Detroit. After tanking in last year’s conference title game in San Francisco (three turnovers), you know the former Super Bowl MVP will be out for blood in 2020. 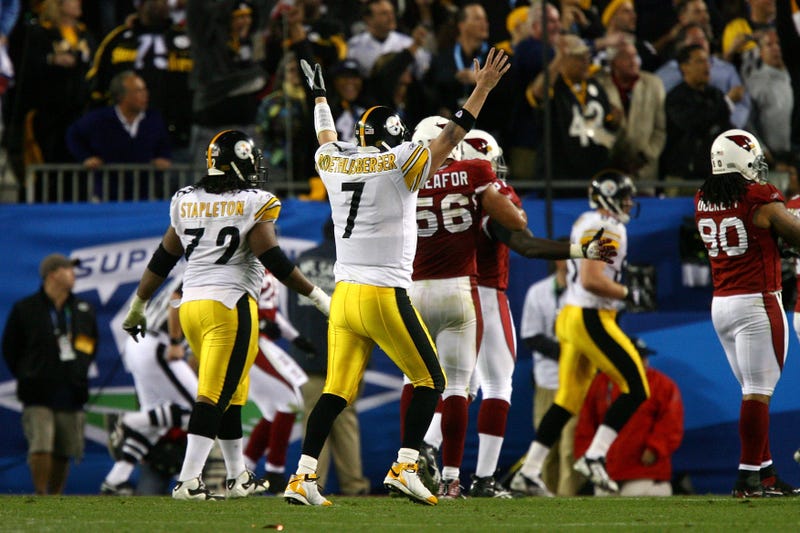 Still the youngest quarterback to win a Super Bowl (accomplishing the feat at 23), Big Ben has long been a thorn in opponents’ sides, routinely playing his best when the stakes are highest. Roethlisberger’s 5,256 career playoff passing yards are the fifth-most all-time, trailing only the esteemed foursome of Brady, Manning (Peyton, not Eli), Favre and Montana. Over the course of his 16-year career, the former first-round pick has appeared in three Super Bowls, claiming victory in two of them. Detractors will say Roethlisberger’s best days are behind him but let’s not forget the 38-year-old paced the NFL in passing yards as recently as 2018. As his 42 career game-winning drives would attest to (good for sixth all-time), few are better under pressure than No. 7.

Does Foles belong in the same breath as once in a generation players like Brady and Montana? Hell no. Despite his cult status in some circles, Foles is, at the end of the day, a career journeyman and backup-caliber talent. But there’s no denying the 31-year-old’s knack for winning big games. Foles has been a playoff god, stirring the senses with his phenomenal 98.8 postseason quarterback rating, noticeably higher than marks held by Montana (95.6), Brady (89.8), Manning (87.4) and Favre (86.3). The Eagles as well as the greater Philadelphia region will forever be indebted to Foles for upsetting the mighty Patriots in Super Bowl LII, delivering the Birds their first title on the strength of 373 yards and three touchdowns, none bigger than Zach Ertz’s go-ahead end-zone romp with 2:21 to play. Hyperbolic as it may seem, you could argue there has never been a more important player in Eagles franchise history. Sorry Carson, Philly will always belong to Foles.