As the NFL’s investigative team meets with Deshaun Watson this week, details from a pretrial deposition last week have emerged.

Per a partial transcript obtained by USA Today, Watson admitted under oath last week that he sent a text message apologizing to Ashley Solis, one of the massage therapists accusing him of sexual misconduct, acknowledging that she was in tears at the end of his treatment.

Watson said in his deposition that he did not know the reason for why she was crying. Solis, who is among the 22 filing a civil lawsuit against the quarterback, alleges Watson intentionally touched her with his penis during the session at her home in the Houston area, per her lawsuit.

Watson’s text message read: “Sorry about you feeling uncomfortable. Never were the intentions. Lmk if you want to work in the future. My apologies.”

Tony Buzbee, the attorney for Solis, asked Watson why he sent a text apologizing afterward?

Solis did not reply to the text.

Watson, who was not arrested or charged criminally, has denied any wrongdoing but if he does not settle any of the cases, he will stand trial.

The NFL’s investigation is independent from the civil lawsuits but uncertainty looms over Watson’s first season as Browns quarterback. 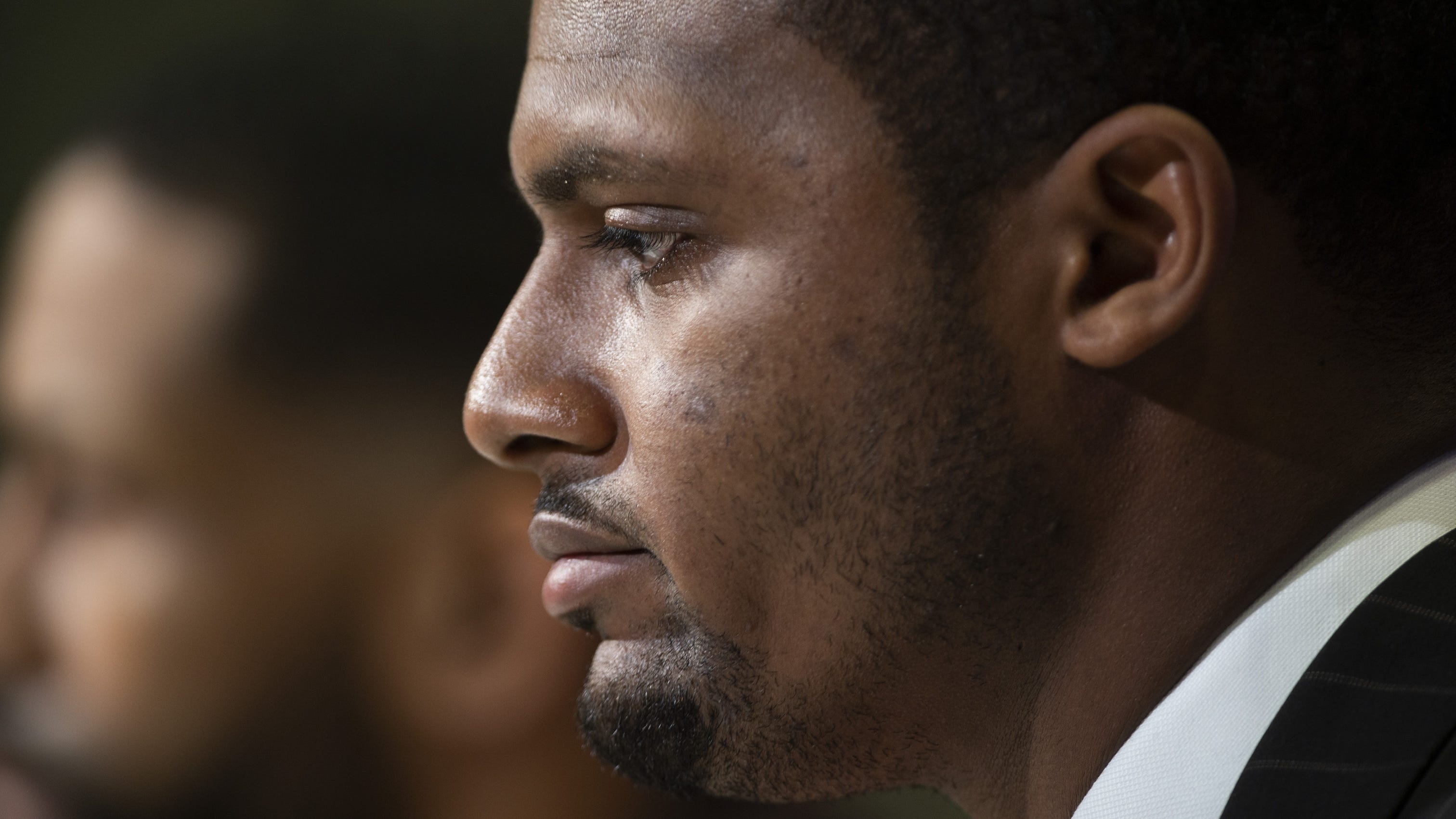