Legendary head coach Dick Vermeil has coached his fair share of talented, multi-dimensional players such as Marshall Faulk and Priest Holmes, which may be why he feels so strongly about 49ers dual-threat Deebo Samuel.

The former Rams head coach joined 95.7 The Game’s “The Morning Roast with Bonta & Shasky” on Wednesday to preview the Rams-49ers game and spoke highly of Samuel, calling him the No. 1 wide receiver in the NFL.

“Everybody uses the term ‘great wide receiver’ too often today. All NFL wide receivers catch the ball extremely well. None of them advance the ball after the catch like Deebo,” Vermeil said. “To me, he is the No. 1 receiver in the league because of his total capacity to enhance a well-designed play, catch the ball and make it explosive.

“There are guys who catch the ball extremely well. In fact, they all catch the ball better today than they have in the history of the league. They all make one-handed catches. They are not unique. But [Sameul] is unique in how explosive he is after he catches the ball.

Samuel has had a breakout season for the 49ers this year, finishing with 77 catches for 1,405 yards and six receiving touchdowns while also rushing for 365 yards on 59 carries with eight rushing touchdowns.

He also had arguably the most critical play for the 49ers on Saturday when he picked up a first down on a third-and-7 from the Green Bay 38-yard line to set up the game-winning field goal.

He also took a helmet to the knee on that play to get the job done.

“There is also an air of toughness in him as a wide receiver that I think trickles down into everybody on the field,” Vermeil said. “He’s a tough guy.” 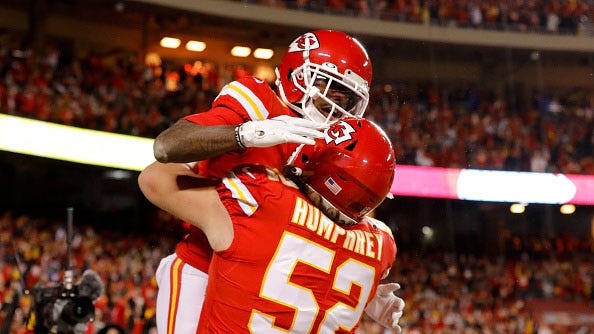 Legendary coach Dick Vermeil on Chiefs: 'I can't see anybody beating them'