There are a lot of potential answers to that question, but the most telling came from the signal-caller himself: Not completely, but that's just how football works.

"He didn’t just hand over the keys to Drew [Brees] in his first four games," Winston said. "This is a relationship that’s going to be building."

The question has been asked louder and louder as the Saints have muddled through an up-and-down 2-2 start to the season, with Winston throwing for less than 150 yards in each of the first three games -- two of them wins. Things did appear to open up a bit in Week 4 against the Giants, even in a loss. Winston threw for a season-high 226 yards and a touchdown, even with another long touchdown to Kenny Stills called back due to a hold. But the passing game appeared limited down the stretch and as the Giants pulled off a furious rally.

Winston only attempted three passes in the fourth quarter, with Taysom hill attempting one pass and carrying the ball from the QB position two other times.

Winston has said repeatedly he appreciates Hill's role in the offense and has no issue coming off the field or lining up at receiver for it to happen. He'd even throw a block, or go out on a route if the Saints would ever take Winston's suggestion and work him into a route concept. 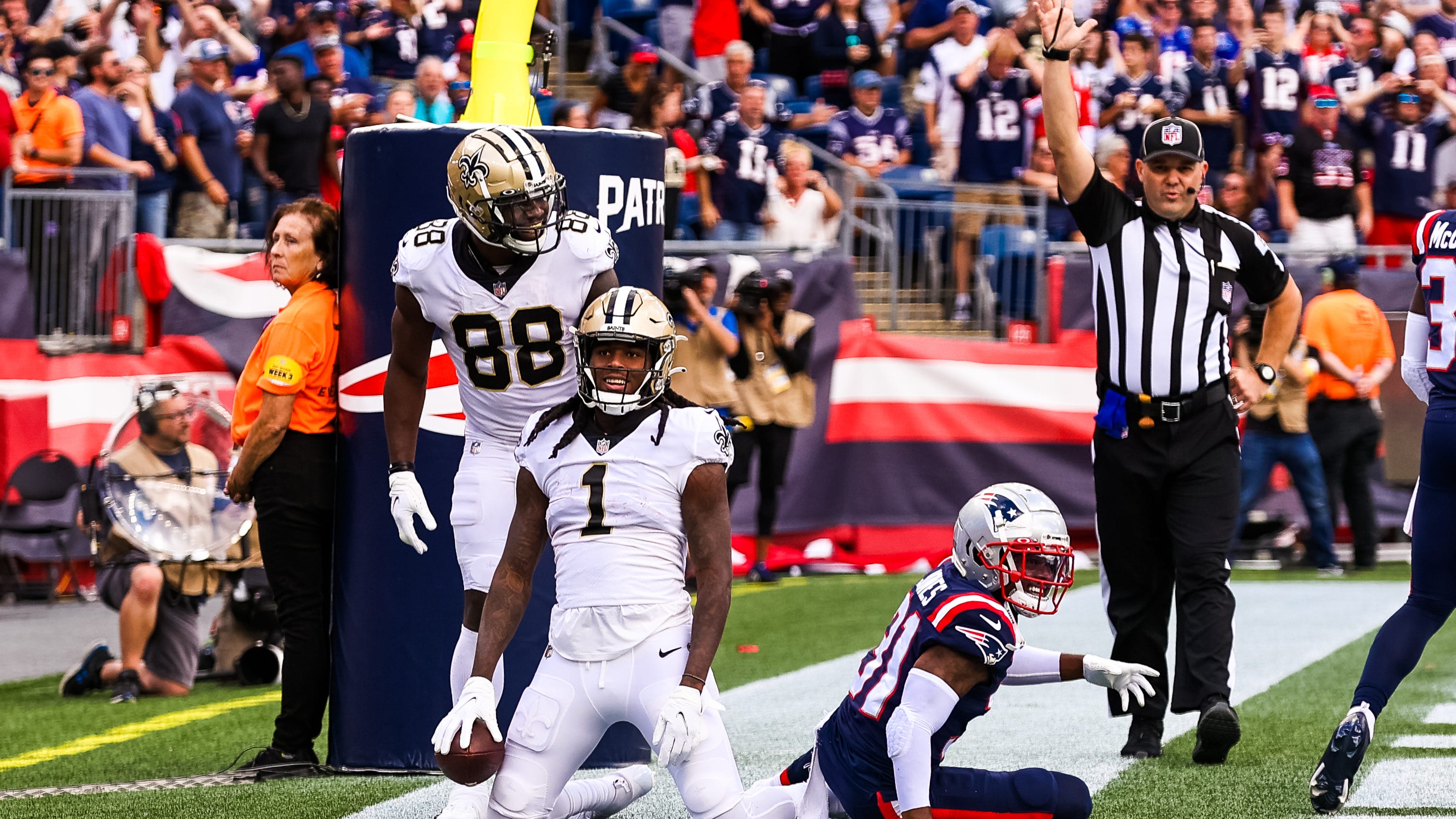 Where will Saints finish the 2021 season? Here's our predictions after rollercoaster start

"I tell Taysom all the time like, ‘hey bro, I can block, too. Don’t diminish my street cred,’ “ Winston joked.

But in all seriousness, the offense has underwhelmed and the team has gotten off to a "yo-yo" start, despite Payton's visual aid of leaving the spinning toy in each players' locker before Week 4. Winston wasn't willing to applaud his performance in a loss, but Payton was. The coach pointed to the overall performance, which included 12 straight completions at one point.

The word decisions has been one heard often throughout the offseason and the first four weeks of the regular season, and Winston has been the loudest. It was often discussed throughout the competition for the starting job between Winston and Hill, and the No. 1 overall pick won the job outright with his two-TD performance in a preseason win over the Jacksonville Jaguars.

The 26-year-old former No. 1 overall pick sat for a year behind Brees and appeared intent on erasing the "turnover-prone" tag that had become associated with him after some highly productive seasons as the starter for the Tampa Bay Bucs. That run most notably included the first-ever 30 touchdown, 30 interception season by an NFL quarterback.

Some of those gunslinger traits appeared to crop up in Weeks 2 and 3. Winston threw a pair of interceptions on ill-advised throws during a loss to the Carolina Panthers, twice throwing balls up for grabs that the defense came down with. He made a similar decision at the goal line against the Patriots, but the ball was placed where only Marquez Callaway could get to it, and the receiver turned a jump ball into his first NFL touchdown. 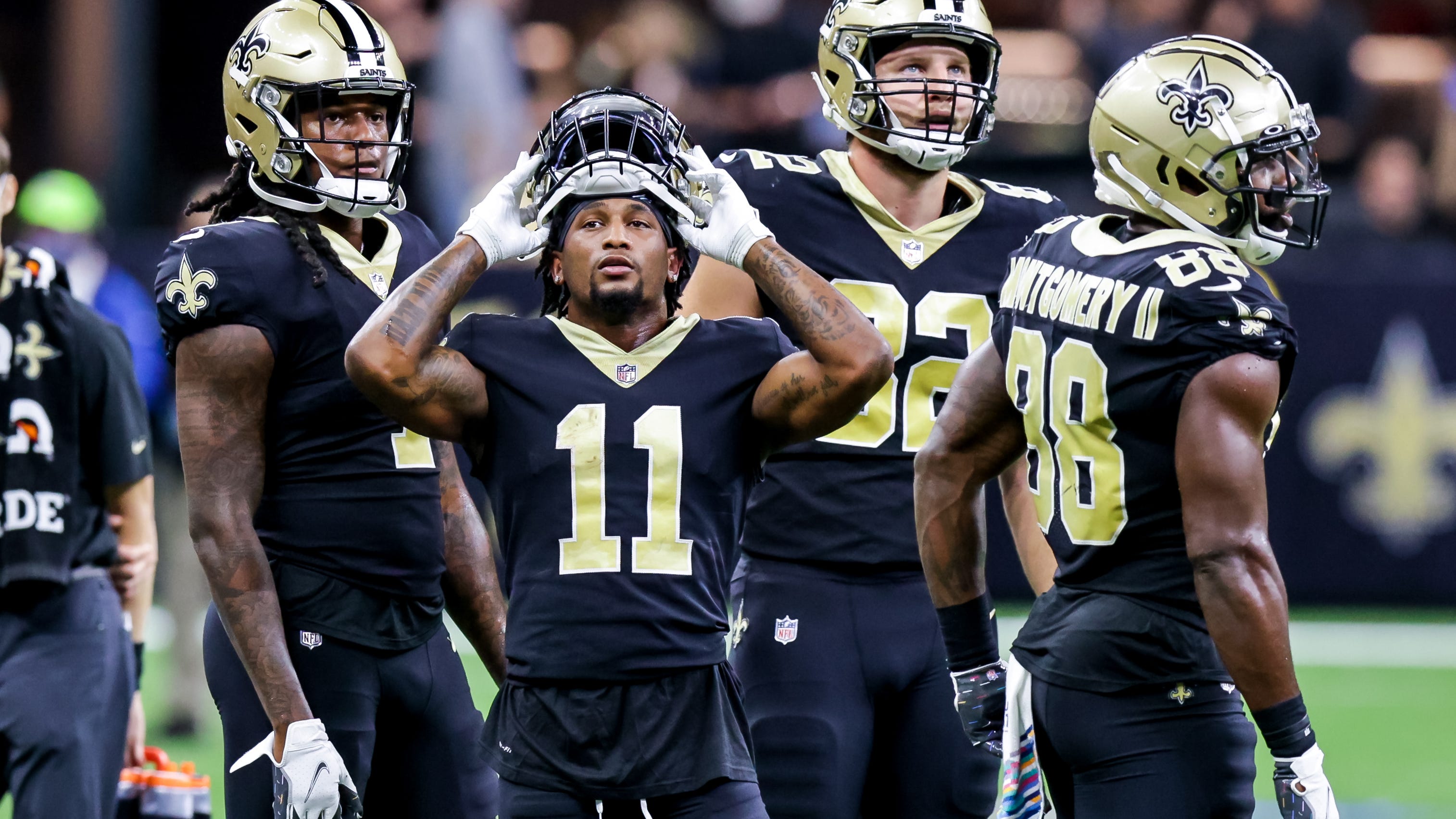 "You’ve gotta trust your gut," Winston said. "And [Payton's] been really good at doing that. So, like I said, I trust him, so I know that’s gonna come.”

Another buzzword that's been circling in recent weeks is "identity." It may not be possible to nail down an identity for this year's Saints roster until it begins to get some playmakers back from injury -- primarily star WR Michael Thomas. But in the meantime, Winston says he knows that wins come first. The Saints didn't "finish" in Week 4, and all the stats in the world wouldn't have him coming away from a loss with positive vibes.

"I think we’ll start finding that identity," Winston said. "But at the end of the day, as long as we find wins, you can find an identity. But the key thing is finishing and finding a way to win a football game."