33-year-old lifelong Eagles All-Pro center Jason Kelce has spent his entire career in Philadelphia. If anyone knows what it's like to be a professional athlete in Philly, it's Kelce.

Well, Kelce gave his thoughts on the Ben Simmons situation on Thursday when speaking the media and he certainly did not hold back.

“What is going on with Ben Simmons and the 76ers — all that is because of a lack of accountability," Kelce said. "A lack of owning up to mistakes and a lack of correcting things. If all that got corrected…if you are fixing free throws, if you are getting better as a player, none of this is happening. Everyone can b**** and complain about how tough this city is to play in…just play better, man. This city will love you.”

"Everybody can bitch and complain about how tough this city is to play in. Just play better, man. This city will love you”

“That is because a lack of accountability. If that got corrected, you fix some free throws…none of that is happening” pic.twitter.com/9eGG9aYt9B

Simmons finally reported to the 76ers after months of demanding a trade, only to refuse to participate in a defensive drill in his third practice back and get suspended for the team's season opener last night. Now, the situation remains murky as the Sixers have their first home game on Friday night. "This city really appreciates accountability," Kelce said. "People being really honest, real. Emotionally invested, caring. I think there are a lot of people who say it is a hard place to play. I think it is pretty (bleeping) easy to be honest with you. You go out there, play hard. You want to be loved in this city as a baseball player? Run to first base. They are going to (bleeping) love you. That is what it comes down to. If you go up here and make a bunch fo excuses, come up here and try to lie to them and act like they don’t know what they are talking about — which sometimes they don’t. But when you act that way, or if you aren’t accountable when you are making mistakes, or getting better or anything like that, they are going to crush you. 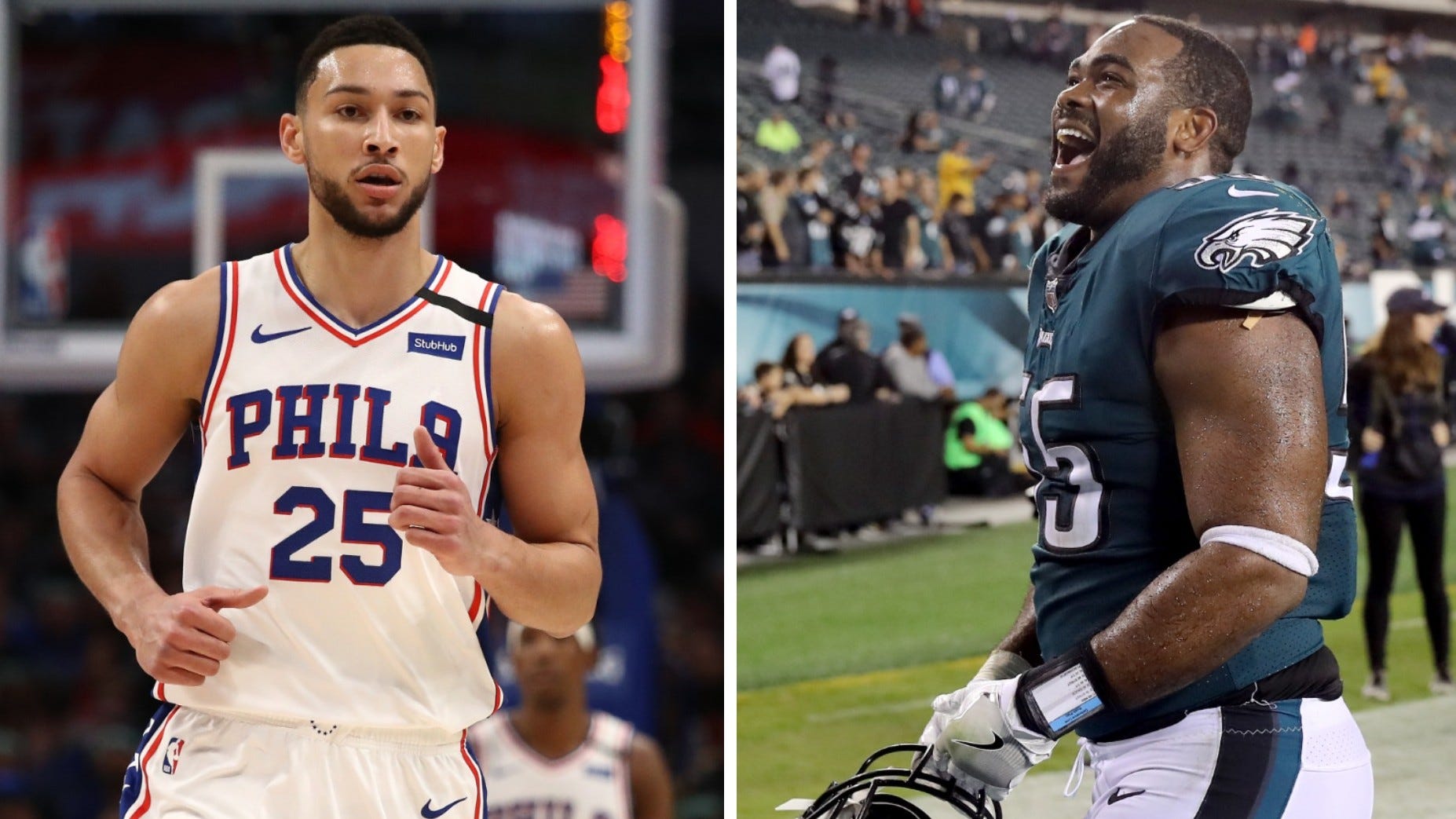 "Everyone is going to get crushed at some point. Everybody is going to go through a downturn or be struggling. At all times this city is going to keep you accountable to be doing your job and preforming. But if you stick to it, if you fight through it and you get better, they will respect the hell out of you. If you are struggling, but you are fighting and you are really trying, they are still going to respect you. That is what I think most guys miss. I really don’t think this is a hard place to play at all to honest with you. I think a hard place to play is…I think it’d be miserable to play in a place like Jacksonville where nobody cares.”