If we’ve learned anything about Nick Sirianni during his short Eagles tenure, it’s that the rookie head coach has a pretty awesome t-shirt collection, and he’s not afraid to show it off. In a show of support for his starting quarterback, Sirianni wore a t-shirt of Jalen Hurts’ face to practice last Friday and kept it on for the press conference that followed. Thursday, Sirianni stepped to the Novacare Complex podium with another bold outfit choice, this time sporting a “Beat Dallas” shirt ahead of Monday night’s showdown with the hated Cowboys.

Nick Sirianni has on a “Beat Dallas” shirt.

Says it’s the closest thing in the NFL to a college rivalry #Eagles pic.twitter.com/E0lAEG62Hp

Sirianni appears to embrace Philadelphia’s long-running feud with Dallas, comparing it to some of the rivalries seen throughout college football. While Sirianni’s enthusiasm for beating Dallas should play well within his own locker room, others weren’t as crazy about it, dismissing it as “unprofessional” and a shameless display of “pandering” to fans, many of whom are still unsold on the former Colts offensive coordinator, particularly after stumbling through his introductory press conference and using “Rock, Paper, Scissors” as a way to evaluate incoming rookies.

Is this guy serious?

I’m not sure I’ve ever seen an NFL head coach do this kind of thing. pic.twitter.com/kpxC6cMAKo

I'm sure the Iggles fans are eating it up but come on, be a professional.

He’s pandering to fans, I personally don’t mind and am one of the few who really like the energy Sirianni brings. That being said - if you’re gonna wear the shirt all week, they better not lay an egg in primetime. Fwiw I’m on Dallas -3.5 🤷‍♂️

Motivational gimmicks like these can sometimes come off as contrived and corny, or worse, serving as bulletin-board material for the opposition. When asked of Sirianni’s t-shirt stunt, Cowboys running back Ezekiel Elliott declined to stoke the flames, preferring to stay in his own “lane.” Kicker Greg Zuerlein was more demonstrative in his response, having this to say.

Cowboys kicker Greg Zuerlein on Eagles coach Nick Sirianni’s “Beat Dallas” T-shirt: “That’s what everyone is thinking in their head anyways. Just because you wear a shirt doesn’t change the fact that we’re thinking beat Philadelphia and they’re thinking beat us.” pic.twitter.com/Bv0aRbzt0Q

Coming off a loss to San Francisco in last week’s home opener, the Eagles will look to bounce back in front of a nationally-televised audience Monday night at AT&T Stadium in Arlington. 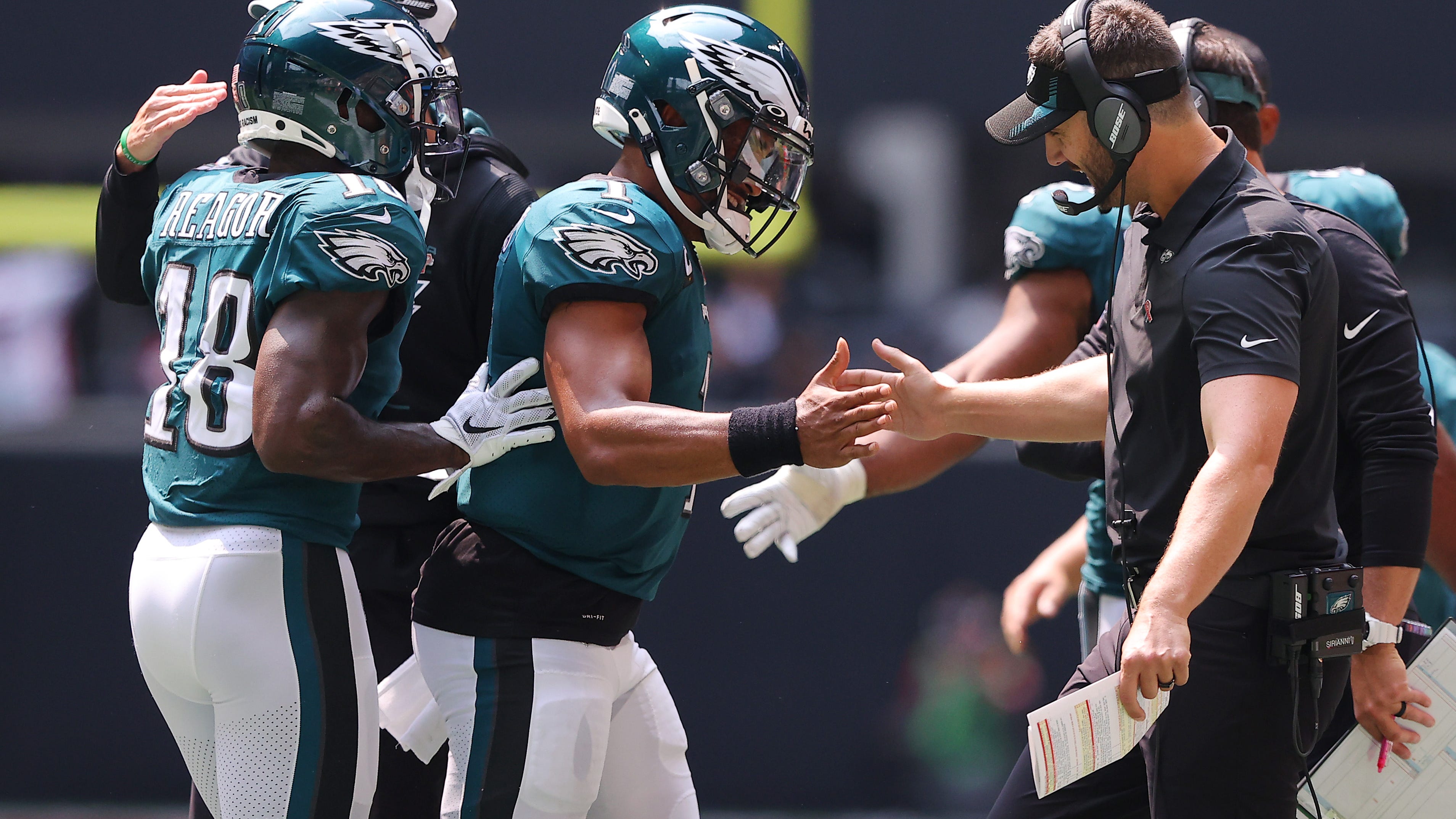 Nick Sirianni wore a t-shirt of Jalen Hurts' face, and it was glorious