When celebrating a longtime quarterback and permanently retiring his jersey number, it's only right to relive some of his finest moments in that team's uniform. The Giants did just that at halftime of Week 3's clash with the Falcons, bringing Eli Manning and some of the targets on his biggest plays back to MetLife Stadium for his jersey retirement ceremony and induction into the Ring of Honor.

The two targets in question may not have been the best he's ever thrown to — those guys might be Plaxico Burress, Amani Toomer or Odell Beckham Jr. — but they were certainly parts of the most memorable moments of Manning's career. Their names are David Tyree and Mario Manningham, and they come through with re-enactments of their famous connections with Manning as part of the festivities.

Manning received a massive ovation when he stepped up to speak at the retirement ceremony, and the same wave of cheers rang throughout MetLife when his No. 10 was revealed alongside Justin Tuck's No. 91 in the Giants' Ring of Honor.

Once a Giant, always a Giant 💙❤️ pic.twitter.com/G5D6DJrMB3

As he exited Manning, told fans and the organization just how grateful he was to be a lifelong Giant.

"It was unbelievable. Just cheers, so it was hard to get my talk in over the cheers, but that's the way it's supposed to be. So just unbelievable, unbelievable support," Manning said. "...Thank you for these great 16 years, supporting me through my career and making this day happen."

Though he played his final NFL game in 2019, we haven't seen Manning fade from the spotlight. On the contrary, Eli and Peyton Manning have actually stolen the spotlight in their lovable "Monday Night Football" broadcasts on ESPN2, bringing in former players and friends throughout the world of sports to enjoy the games with them. 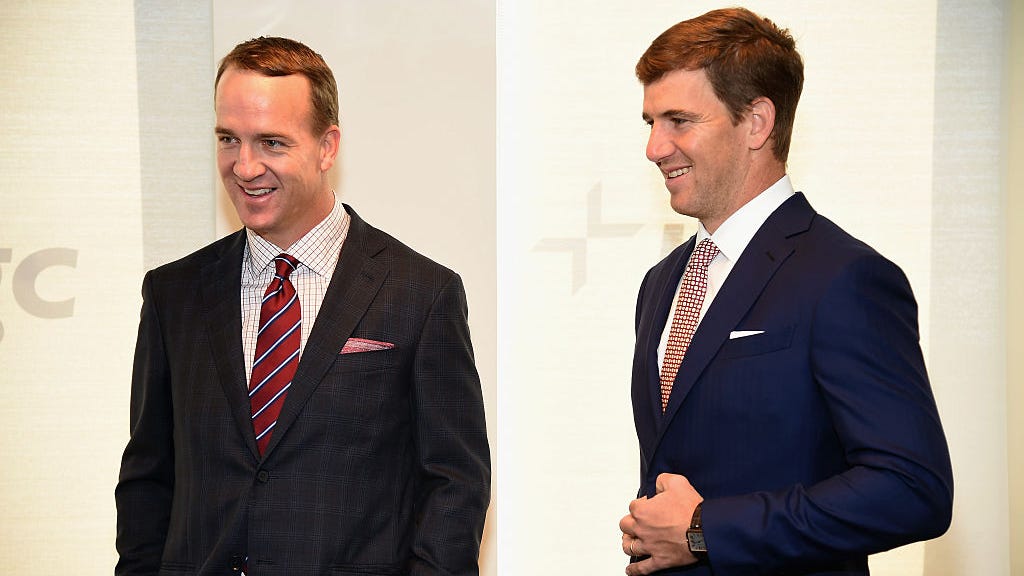