Mocked for his lack of expertise after the catch, Zach Ertz gained the unfortunate moniker “No YAC Zach” during his Eagles tenure. Based on his rebranding efforts Sunday, it may be time to retire that nickname.

Invigorated by a change of scenery, Ertz impressed in his Cardinals debut, tying A.J. Green for the team lead with 66 receiving yards in a 31-5 (our second Scorigami of the season!) rout of Houston. Ertz came to life in the third quarter, breaking free for a 47-yard touchdown, his longest play from scrimmage in over four years (h/t Chris Towers of CBS Sports).

Not a bad start to Ertz’s Cardinals tenure. The 66 yards were his most since Week 15 of last season, which, ironically enough, came against the team he now plays for. And what better day to do it than National Tight End Day! Yes, it’s a real thing.

For fans back in Philadelphia, seeing Ertz—whose 579 catches are the second-most in Eagles franchise history—succeed elsewhere must feel bittersweet. Ertz made plenty of memories during his time in Philly and stands a good chance of eventually landing in the Eagles’ Ring of Honor, a space reserved for legends like Ron Jaworski, Reggie White, Randall Cunningham, Brian Dawkins and Donovan McNabb. But in a rebuilding year, the Eagles decided it was time for a change, unloading Ertz earlier this month in a deal that netted them rookie cornerback Tay Gowan and a fifth-round pick in the 2022 draft.

Now with the tight end position essentially all to himself, Dallas Goedert (who, like Ertz, is a prospective free agent) did his part with a team-high 70 receiving yards Sunday, also contributing a two-point conversion in the loss to Vegas. Ertz and the Cardinals will put their perfect 7-0 record on the line Thursday night against the Packers, winners of six straight since their opening week loss to New Orleans. 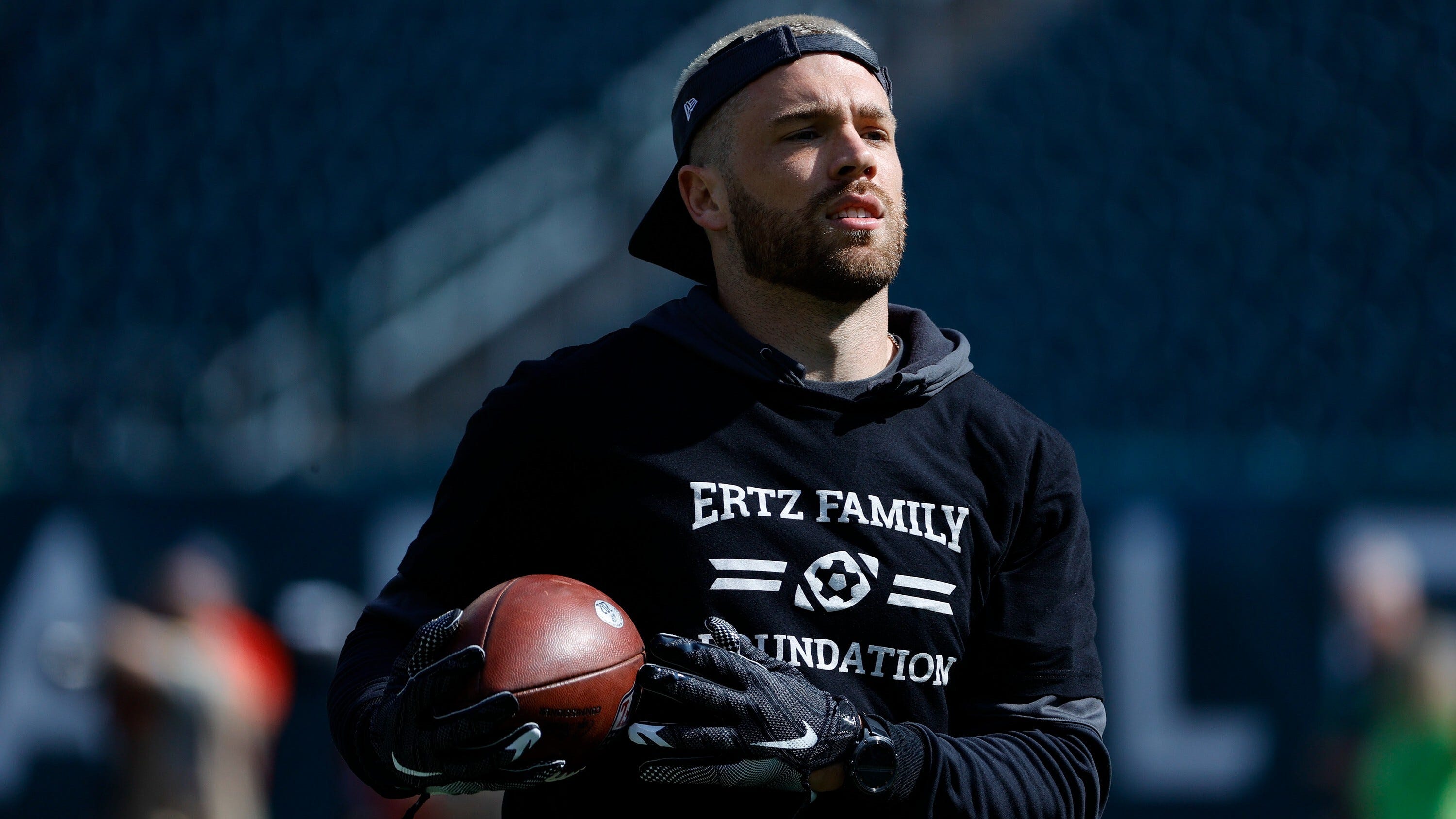