The Bills, for all their on-field successes of late, are in a quandary. For those unfamiliar with the situation, the Bills’ stadium lease in Orchard Park expires in 2023, at which point the team will have to decide whether to build a new stadium in the Buffalo area or relocate. Bills co-owners Kim and Terry Pegula recently submitted a $1.4-billion proposal for a new facility across the street from their current venue, Highmark Stadium, but have so far heard crickets from Erie County. Frustrated by the lack of progress, the Bills would later issue an ultimatum through PSE (Pegula Sports & Entertainment) spokesperson Jim Wilkinson, who said, “The city of Buffalo and state are going to have to decide if they want a team.”

It’s hard to imagine a fan base more devoted to its team than Bills Mafia, but no matter how many diehards there are scattered throughout the region, the reigning AFC East champs remain in desperate need of a new stadium. Among current NFL venues, only Chicago’s Soldier Field, Lambeau Field in Green Bay and Arrowhead Stadium are older than Highmark Stadium, which opened in 1973.

NFL commissioner Roger Goodell, who was in town Monday for a charity golf tournament hosted by Hall-of-Fame quarterback Jim Kelly, told ESPN’s Marcel Louis-Jacques that, despite the team’s history at Highmark Stadium (also known by its previous names Rich Stadium, Ralph Wilson Stadium and New Era Field), the time has come for Buffalo to upgrade—and not just with a fresh coat of paint.

“We’re certainly beyond [renovating]. I think a new stadium is what’s needed,” expressed Goodell, opining that a more modern stadium mirroring recent state-of-the-art venues built in Los Angeles, Las Vegas, Atlanta and Minneapolis would be to the Bills’ benefit. “I think the Bills, the community and the NFL are all going to have to come together and do that in a smart way."

Louis-Jacques interpreted Goodell’s tone as cautiously optimistic, believing the Bills’ long-term future is still in Western New York. “This has been going on for decades and it's time to get a new stadium done [so] we can make sure the Bills are here and successful for many, many decades going forward,” said Goodell, stressing the importance of a public, private partnership between the Pegulas and surrounding Erie County. “That's what this is all about and that's where we're focusing."

Even if Erie County accepts the Pegulas’ proposal, it would still take several years to build a new stadium, leaving the Bills to find a temporary home elsewhere with Toronto’s Rogers Centre and Beaver Stadium at Penn State each rumored as potential placeholders. 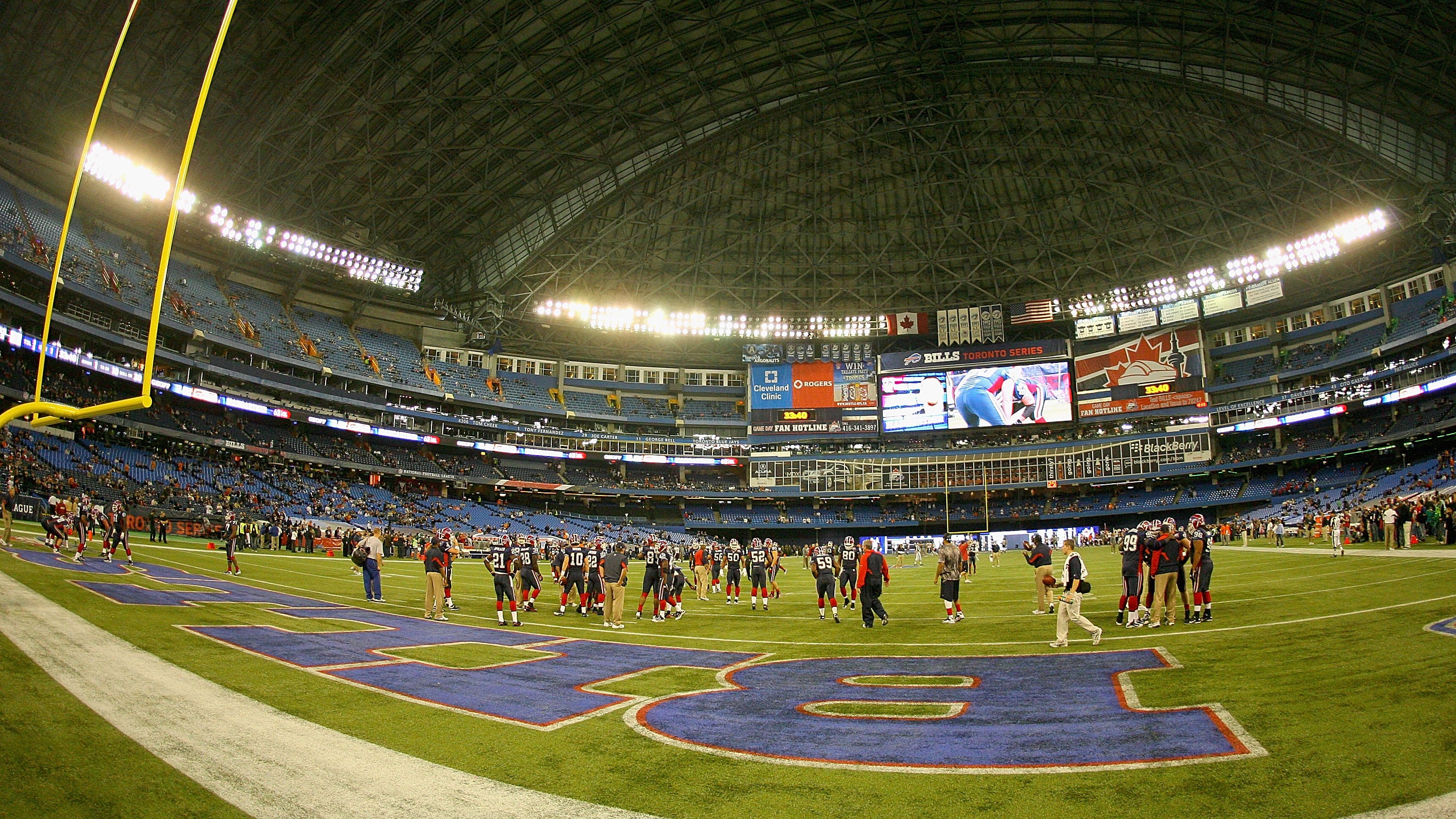 Bills could play games in Toronto, Penn State while new stadium is being built