The waiver wire in fantasy football is typically a place you look each week to find an option to potentially improve a weakness in your starting lineup, but after your draft and before Week 1, you should take a different approach.

Before the start of the season, see if there are any players left on the waiver wire that were overlooked in your draft that could have long-term value for your team this season.

Maybe you had an earlier draft, and a third-string or back-up player has moved up a team’s depth chart, greatly improving his path to playing time and fantasy points. Take advantage of new information.

Maybe another team foolishly dropped a player they should not have.

So, in the immortal words of Lloyd Christmas in ‘Dumb and Dumber’: PICK ‘EM UP!

These are the best waiver wire options for Week 1 among players rostered in fewer than 50 percent of leagues: 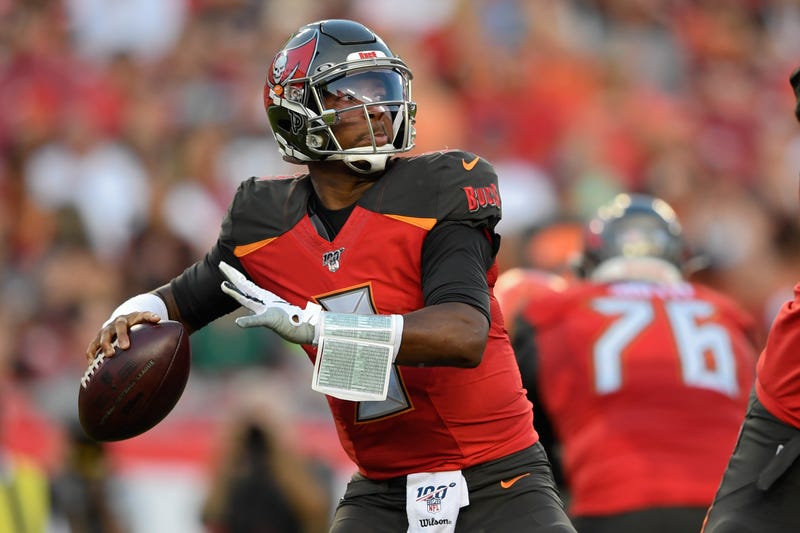 Jameis Winston - QB - Bucs
Winston should be owned in 100 percent of leagues, but somehow is only rostered in slightly fewer than 50 percent. His Week 1 match-up against the 49ers even makes him an attractive option to start right off the bat, as the game has an over/under at sportsbooks around 50 previewing a potential shootout. It doesn’t hurt either that the 49ers were bottom 10 in the NFL last season in fantasy points allowed to quarterbacks.

Overall for the season, this is a quarterback that should be among the league leaders in pass attempts, and volume is king in fantasy. New Tampa Bay head coach Bruce Arians loves to throw the ball and Winston has elite pass catching weapons in receivers Mike Evans and Chris Godwin with tight end O.J. Howard. 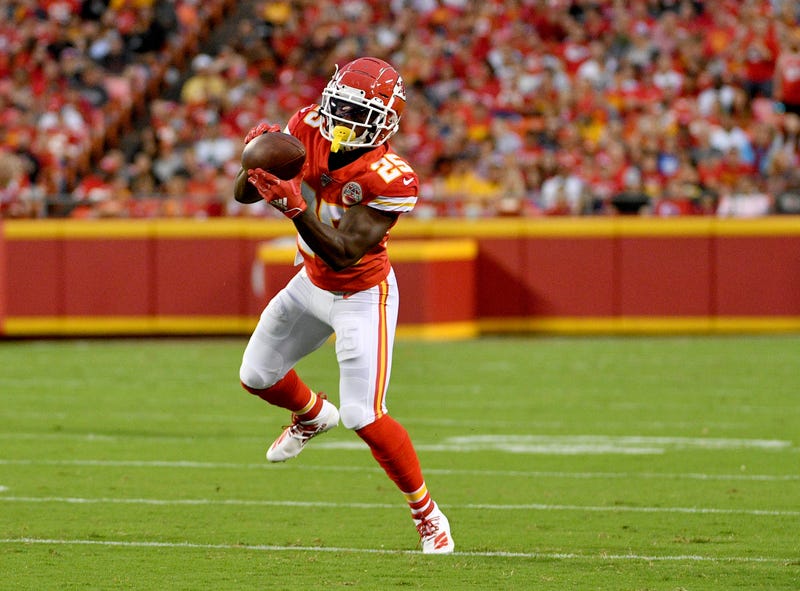 Darwin Thompson has a chance to play a role in the Kansas City Chiefs offense in 2019. Photo credit (Denny Medley/USA Today Images)

Darwin Thompson - RB - Chiefs
The LeSean McCoy signing does not have be deterred. This sixth-round rookie out of Utah State is a must-own running back at this point. He may have been an afterthought in many of your earlier drafts, but it appears he could eventually have standalone value even if he starts the season behind Damien Williams on the depth chart.

What is clear out of Kansas City via beat writer reports is Darwin’s talent has evolved to the point of passing Carlos Hyde on the depth chart. Thompson has been excellent in the preseason and has been getting red zone and goal line reps with Pat Mahomes and the first-team offense.

A path to starter isn’t out of the question either, when the starter in front of you has never had more than 50 carries in a season. Considering this is an offense that saw Kareem Hunt and Damien Williams combine for 1600 total yards and 20 total touchdowns a year ago, you want every chance you can get on your roster from this backfield. 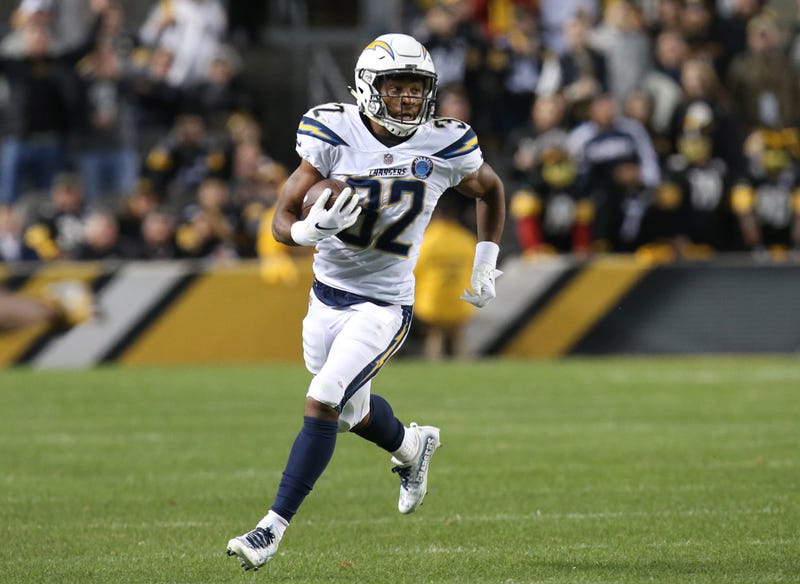 Justin Jackson - RB - Chargers
The Melvin Gordon holdout continues, with no end in sight at the time of this article’s publication. Maybe you drafted and lost Texans’ RB Lamar Miller with a torn ACL. Jackson could be an immediate boost to your roster in the first half of the season.

It may be too big of a leap to start him Week 1 against the Colts, before seeing how the split in touches will be with Austin Ekeler if Gordon remains out, but Jackson could easily be the early-down and goal line option sans MGIII.

Jackson scored 12.5 PPR points from Week 13-16 last season with Gordon out for three of those four weeks. 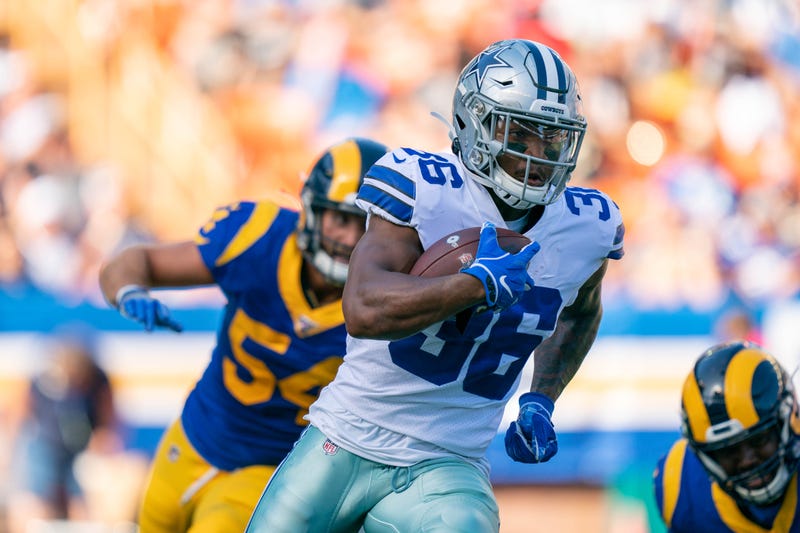 Tony Pollard - RB - Cowboys
Pollard is another potential beneficiary from a contract holdout with Ezekiel Elliott’s getting closer and closer to Week 1 at the time of this article’s publication. Dallas hosts the New York Giants Week 1 as a seven-point favorite, which should lead to positive game scripts (run heavy second half offense) behind an elite offensive line.

Pollard would be an instant plug-and-play Week 1 RB2 candidate with RB1 upside if Zeke is not ready. The fourth-round rookie out of Memphis has been the no-doubt starter for the Cowboys in the absence of Zeke.

He’s reportedly has been so good that he could still have a role when Zeke comes back as an Austin Ekler/Chris Thompson/Alvin Kamara type satellite back. That’s the kind of pre-Week 1 waiver wire pick up we’re looking for, people! 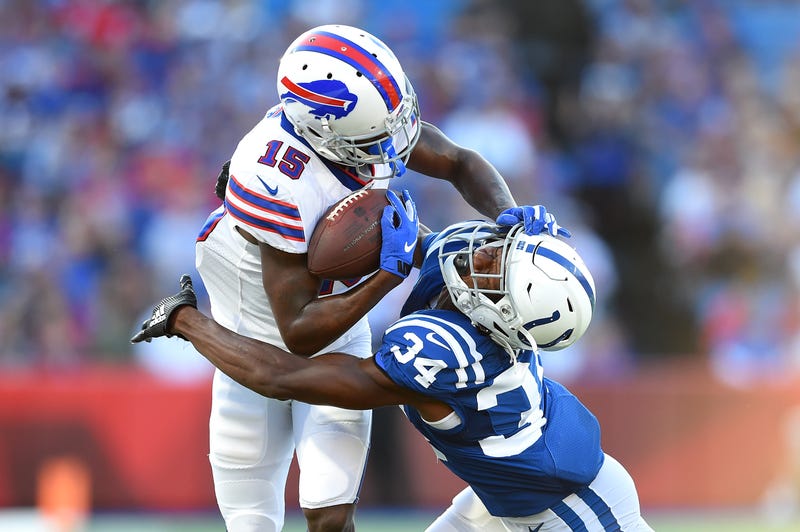 John Brown - WR - Bills
‘Smokey’ Brown has an underrated, sneaky good situation in 2019, after flashing in the first half of 2018 with Joe Flacco in Baltimore. Brown is the clear-cut WR1 in Buffalo with deep-balling throwing Josh Allen now at quarterback. Why does that matter?

Brown averaged 17 yards per reception last year, but was clearly better with an aggressive passer at the helm. He averaged 13.1PPR fantasy points per game with Flacco Week 1-9 and only 3.6 PPR FP/G with Lamar Jackson Weeks 11-17 after the bye week.

He may be a streaky week-to-week fantasy option, but one that could be a solid bye-week fill-in or FLEX based on match-up and should be rostered in leagues.