The best teams in each conference lead the way in projected scoring for Week 15, with the 49ers and Ravens expected to blowout their opponents this week and edge closer to home field advantage in their conferences. The Chiefs, Saints and Seahawks also have high implied team totals with their own cupcake matchups ahead.

Here are the implied team totals for Week 15 of the 2019 NFL season: 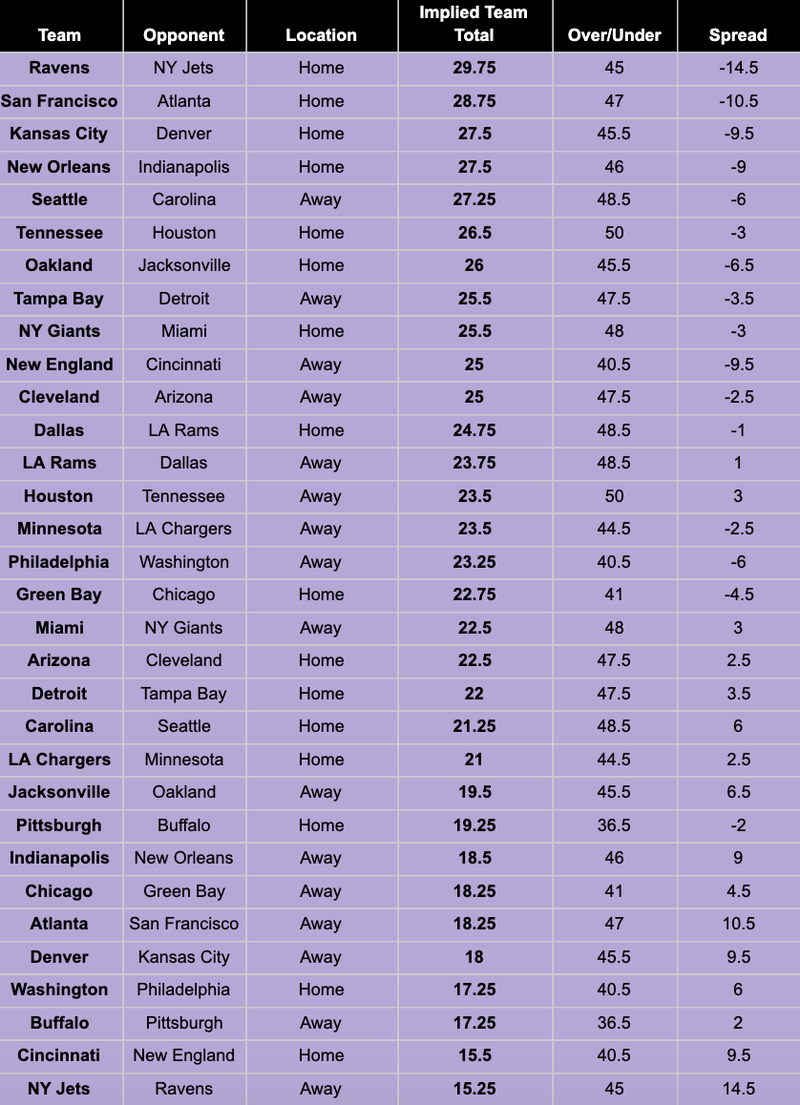 Have a fantasy question? Need the best waiver wire options or stealthy starts? Comment with a question on the Week 15 RADIO.COM Sports Fantasy Football Show over on YouTube (published Tuesday mornings), and Stephen Andress will answer it. Click here to watch.