The current top seeds in each conference are projected to put up the most points in Week 16. Seattle is the first team since the Chiefs in Week 13 to be projected by oddsmakers to score more than 30 points.

Here are the implied team totals for Week 16 of the 2019 NFL season: 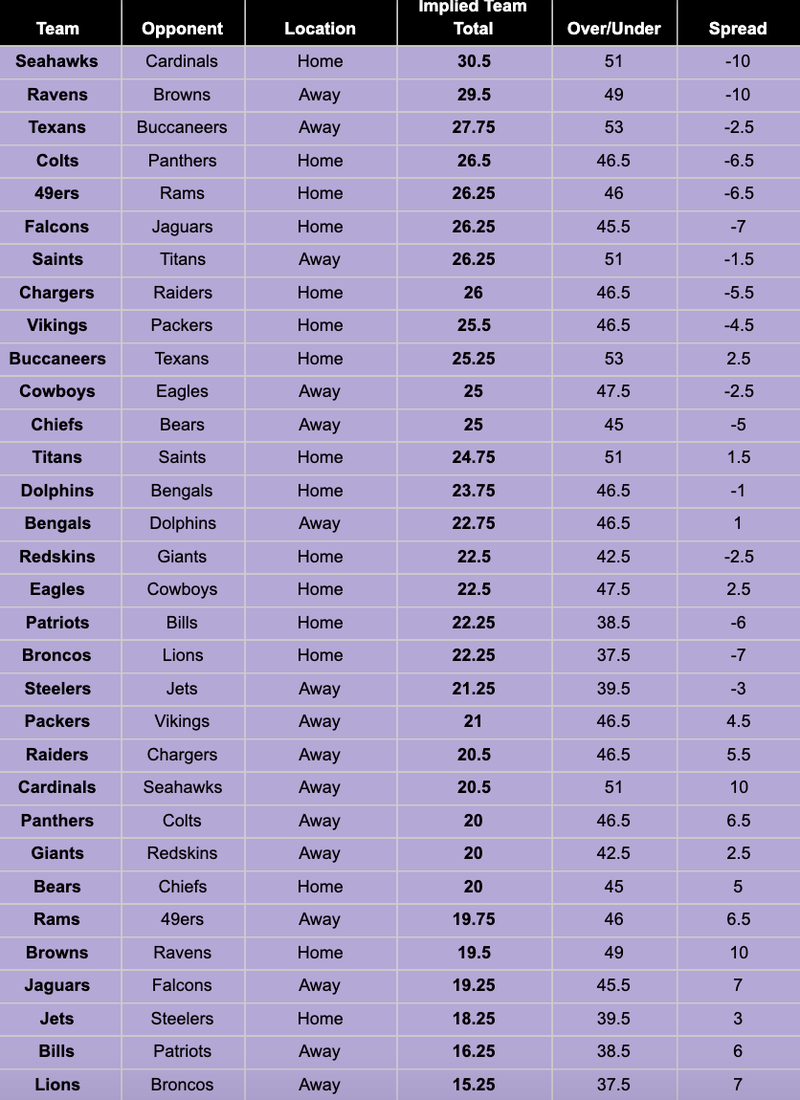 Have a fantasy question? Need the best waiver wire options or stealthy starts? Comment with a question on the Week 16 RADIO.COM Sports Fantasy Football Show over on YouTube (published Tuesday evening), and Stephen Andress will answer it. Click here to watch.