It’s the Los Angeles Rams, proving once again that matchups are everything to oddsmakers in today’s NFL.

Here are the implied team totals for Week 7 of the 2019 NFL season: 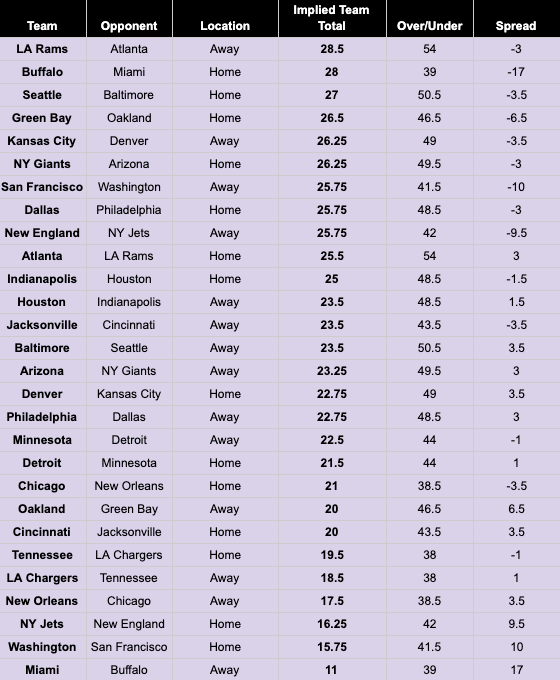 Have a fantasy question? Need the best waiver wire options or stealthy starts? Comment with a question on the Week 7 RADIO.COM Sports Fantasy Football Show over on YouTube (published Tuesday mornings), and Stephen Andress will answer it. Click here to watch.