Another week in fantasy football, and another long list of quarterbacks owned in less than 50 percent of leagues that produced enough points to finish top 12 among QBs for Week 7:

Through seven weeks, there have been 29 cases of a quarterback rostered in less than 50 percent of leagues posting top-12 quarterback numbers for that week. So, 35 percent of top-12 QB performances this season have been by an after-thought at the position.

Most of those were by players who exploited a poor passing defense or were playing from behind, leading to a spike in passing attempts.

Through seven weeks, my streaming quarterback nominees are averaging about 16 points per week. My top option each week is averaging 23.2 fantasy points per game, which would be QB4 on the season.

Each week, I will recommend three streaming QB options you can pick up and start in both your normal, redraft fantasy leagues as well as daily fantasy lineups, among those QBs rostered in less than 45 percent of leagues and track the results throughout the season.

Have a fantasy question? Need a streaming tight end or defense too? Comment with a question on the Week 8 RADIO.COM Sports Fantasy Football Show over on YouTube, and Stephen will answer it. Click here to watch. 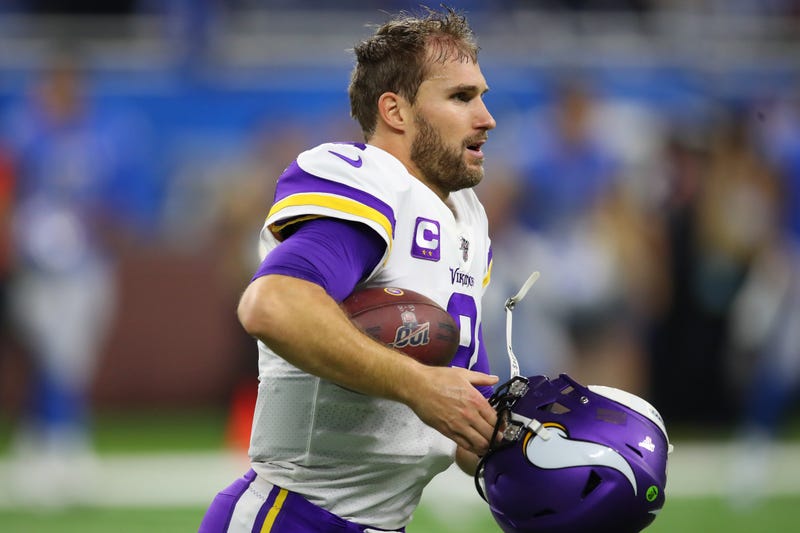 If we were playing NBA Jam rules, Cousins would be ‘on fire’ right now. Three consecutive games of 20+ points, including 27+ in his last two games. Cousins has ten touchdowns and just one interception over that stretch. He’ll face Washington this week, a defense allowing almost 18 fantasy points per game to quarterbacks.

Teddy Bridgewater (NO) - vs. Arizona, 22% rostered

Bridgewater posted 19.9 points on the road in Chicago last week, a very impressive showing, and now gets to face an Arizona defense that has been generous to fantasy quarterbacks on the fast Superdome turf track. The Cardinals are allowing more than 22 fantasy points per game to fantasy quarterbacks this season, fourth most in the NFL.

Ryan Tannehill threw for 312 yards in his first start with the Titans, something Marcus Mariota has not done in his last 17 starts. Tannehill’s 19.2 fantasy points against the Chargers are promising for those desperate for a Week 8 quarterback, considering he now gets to face the Bucs leaky secondary. Tampa Bay is allowing 20.6 fantasy points per game to quarterbacks, seventh-most in the league.

news
Barbie upgrades to a swank party pad in brand new DreamHouse
music
Read the just released FBI records related to Kurt Cobain’s death
i'm listening
How Nancy Wilson’s childhood experiences helped her mental health during the pandemic
music
Mike Epps on his U.S. Tour: 'It's time for us to get out and laugh'
music
Dropkick Murphys join the Boston Pops for a special Mother's Day tribute
music
Dierks Bentley stirs up the perfect summer recipe with second 2021 tour