Watch our Audacy Live with BTS
By Jordan Cohn, Audacy

Of all the coronavirus cases that struck the sports world, perhaps none was more jarring than that of Atlanta Braves first baseman Freddie Freeman. It sounded like an extremely harrowing experience, and the fact that he returned not only to the baseball field but was also named the NL MVP is nothing short of miraculous. 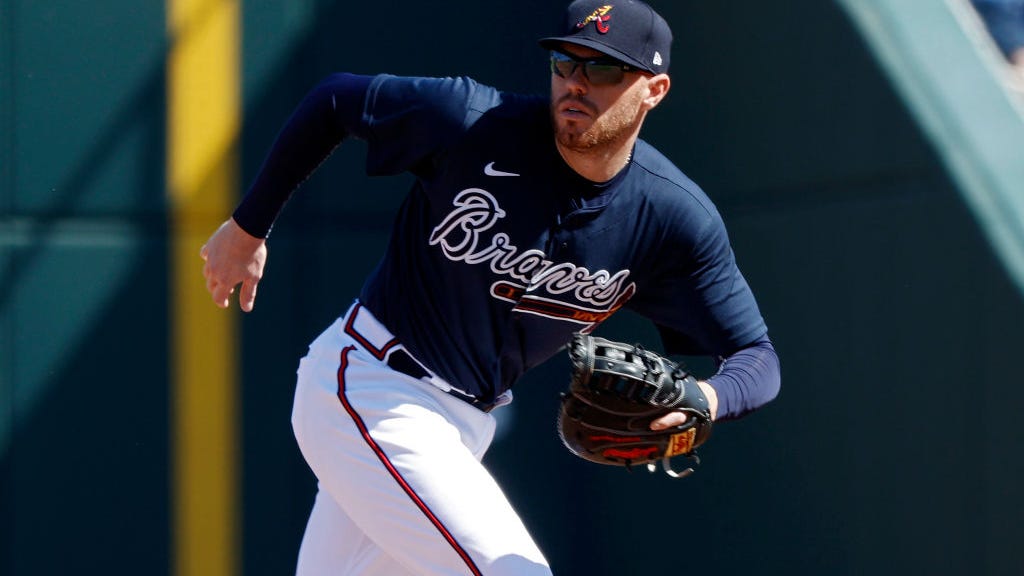 This experience, and more, will be the focus of "Full Circle: The Freddie Freeman Story," the newest episode of ESPN "E60" set to premiere on Sunday, April 11. However, we got an early glimpse into some of the other stories that would tell the full tale of Freeman's incredible, and sometimes unimaginably difficult, journey to baseball stardom on the "ESPN Daily" podcast.

Freeman and Buster Olney both recounted details of the star first baseman's most difficult childhood moments, including the death of his mother, Rosemary, when he was just 10 years old. She had been diagnosed with a recurrence of melanoma, and Olney says that Freeman and his brothers would spend as much time as possible with their mother in the hospital, and eventually in hospice. That lasted until June of 2000, when Freeman was called into the office at school.

"There's a big courtyard. As I'm getting closer, I could see through the windows," Freeman recalled emotionally. "It was my Uncle Mark, my dad's brother, and then my brother Phillip, obviously just bawling. And I'm about 100 feet away, and I just took off running straight for them. Because I knew."

"Fred's acknowledged to us that after Rosemary passed away, he went through a period of depression," Olney said. "He gained about 100 pounds and, one night, when Freddie and Fred were watching the Lakers on television... he (Freddie) notices dad was having a hard time moving, could hear him breathing."

Olney added that Freeman, just 12 years old at the time, threw some clothes at his father and got him up to go to the hospital out of concern.

"Just sitting in that room, staying in the hospital my mom was at two years prior," Freddie said. "The doctor comes into the room, I'm with my dad, and goes, 'Mr. Freeman, you're lucky you came to the hospital tonight. Because if you didn't come in and you went to sleep, you would have most likely died in your sleep.'

"I was this close to being parentless at 12 years old."

Procedures were done immediately and medication was given to Freeman's father.

"A lot of water had collected on his heart," Olney said. "He had congestive heart failure.

"And so, what Fred Freeman told us is that Freddie Freeman saved his life that night at age 12."