NFL stars are stars for a reason. Play after play, game after game, season after season, they wow fans and help their team, perhaps more than any other players, achieve victory. Several of the most memorable moments in NFL history involve these stars. Franco Harris, a Hall of Famer, reeled in the Immaculate Reception from Terry Bradshaw, another Hall of Famer. Ben Roethlisberger, a future Hall of Famer, threw an unforgettable touchdown to Santonio Holmes -- not quite a Hall of Famer, but an everyday starting wideout. In other words, none of these guys are no-name players.

But it seems that a disproportionate amount of unforgettable NFL moments, some of which are unanimous choices to be ranked among the greatest of all time, come not from the Terry Bradshaws, the Ben Roethlisbergers, and the Tom Bradys of the world. Instead, they come from the guys that we've compiled below. All of these occurred after 2000, so there are many more throughout the course of NFL history (hit us up with those memories on Twitter @RDCSports!).

Let's look at 10 guys who broke out of hiding to turn in some of the greatest performances in NFL history, never to be heard from in the same capacity again. 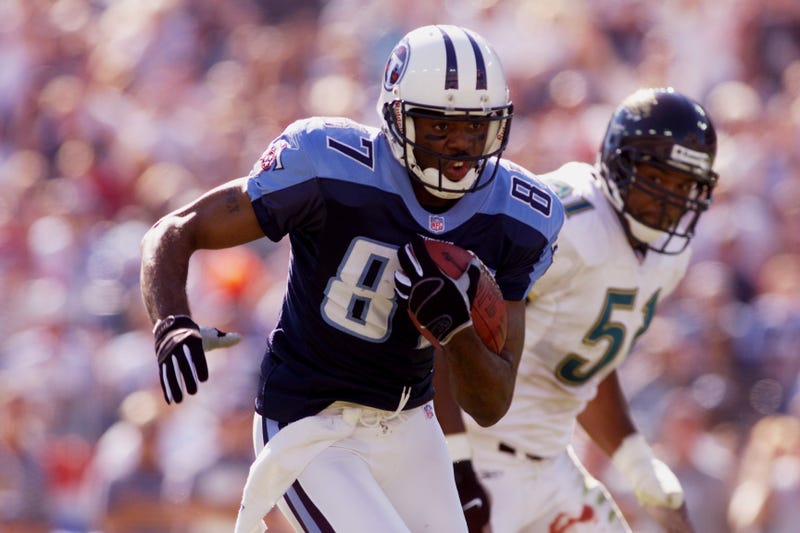 We'll kick off our list with perhaps the greatest moment in the past 20 years of NFL action, though another contender on our list may have a certain fan base strongly opposed to that thought. The ball leapt from Frank Wycheck's hands -- not a no-name player at all, considering he was a three-time Pro Bowler -- into Dyson's, who scampered 75 yards for the score to win the game. Forward pass? You be the judge.

Dyson had his best season in the following year, bringing in 54 balls for 825 yards, but was out of Tennessee by 2002 and out of the NFL following the 2003 season. He only played for six seasons. 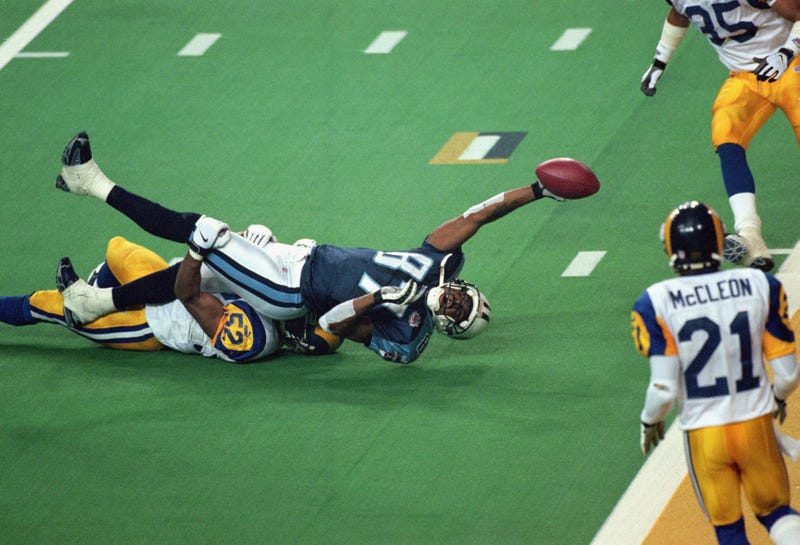 Dyson's time in the spotlight only lasted for so long. Three weeks later, Mike Jones made one of the greatest tackles -- if not the greatest -- that we've ever seen, stopping Dyson just short of the goal line and saving the game, the season, and the Super Bowl ring for his St. Louis Rams.

“Mike Jones made the tackle!“

The Greatest Show on Turf won the title on a defensive play. (via @NFLGameDay)pic.twitter.com/bRN33rGUQS

Jones may not be a no-name player for Rams fans, but many of the current generation of football fans may not be familiar with the Rams linebacker, especially given that he never made a Pro Bowl or All-Pro team and was largely a backup before and after his time in St. Louis. 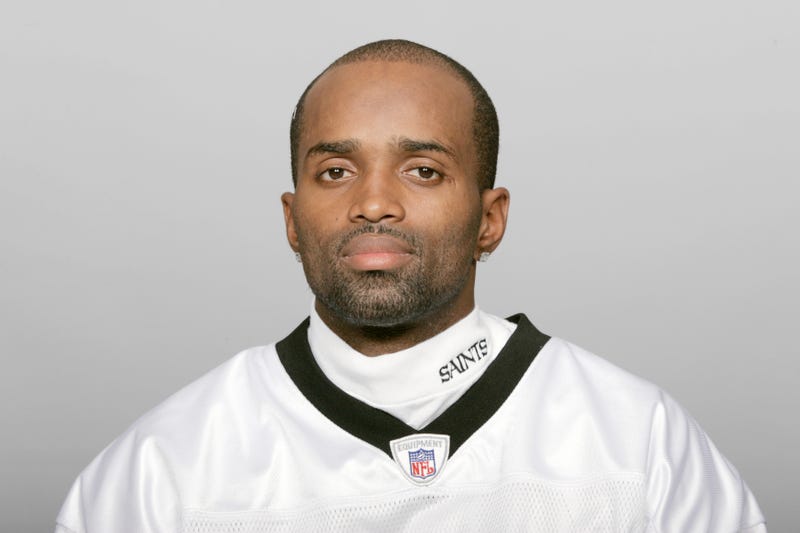 Nate Poole was only targeted 56 times throughout his four-year NFL career, bringing in 34 of those throws for 418 yards. But Josh McCown, as a second-year quarterback in the league for the Arizona Cardinals, didn't care who the ball was going to when he unleashed a heave to the end zone with time expiring... and what an announcing job!

Josh McCown retired from the NFL today. When I first became an @AZCardinals fan in 2002/03, he was my quarterback.

And he delivered a game-winning Hail Mary to Nate Poole that I’ll never forget to close the 2003 season.pic.twitter.com/kA4HzBTCxM 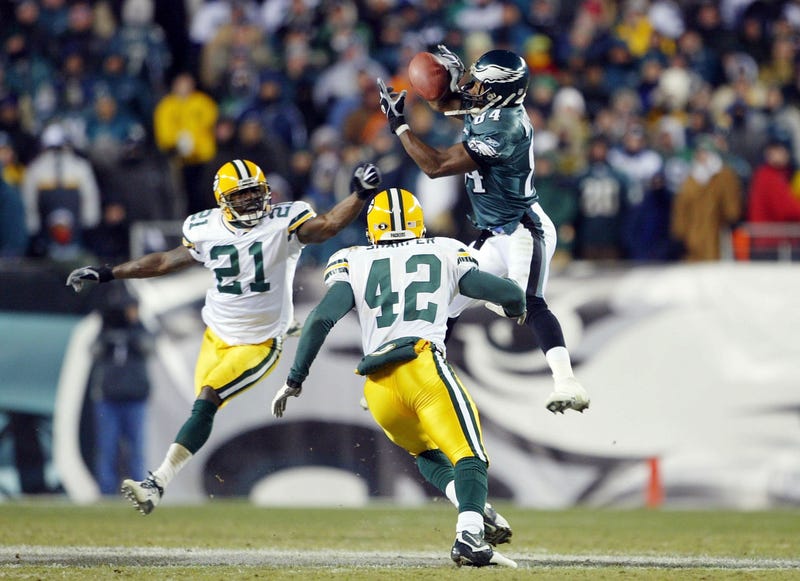 Freddie Mitchell's improbable fourth-down conversion is one of the most exciting moments in Eagles history. Photo credit (Doug Pensinger/Getty Images)

Freddie Mitchell had 22 catches for 377 receiving yards in the 2004 regular season. He caught fewer balls than Terrell Owens, Brian Westbrook, Todd Pinkston, L.J. Smith and Chad Lewis. He was not Donovan McNabb's target of choice, I can pretty safely say.

So of course he was McNabb's target on a 4th-and-26 attempt with a minute to go and with the season on the line.

Mitchell was released from the team in May and never played another NFL snap after the 2004 season. 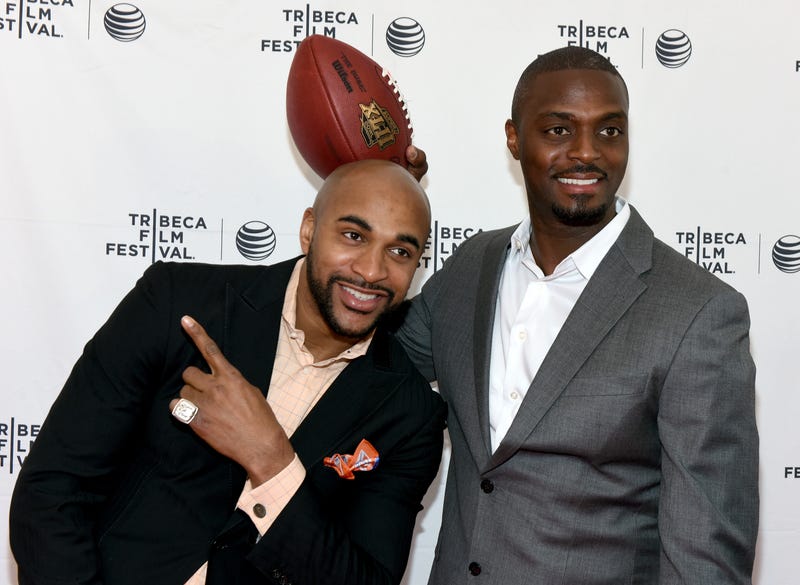 David Tyree a no-name player? But everyone has heard of David Tyree! But not before this play, they didn't.

I mean, this guy had four catches for 35 yards the entire 2007 regular season. That's it. And he had a grand total of zero yards after that Super Bowl performance. And yet, he's the proud owner of one the greatest catches in NFL history. 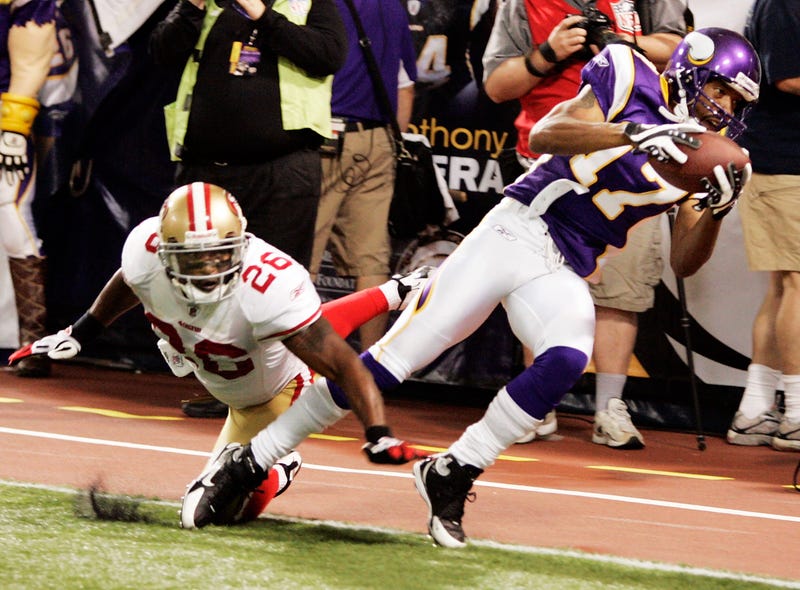 Lewis was on the same Eagles team as Freddie Mitchell when the latter made the 4th-and-26 grab, but he was only a middling threat with a career high of 561 yards in 2005. By the time he was sent to Minnesota, he was coming off a season where he brought in only 19 balls the whole season. And in 2009, that number decreased to just eight. But one of them was absolutely unforgettable. 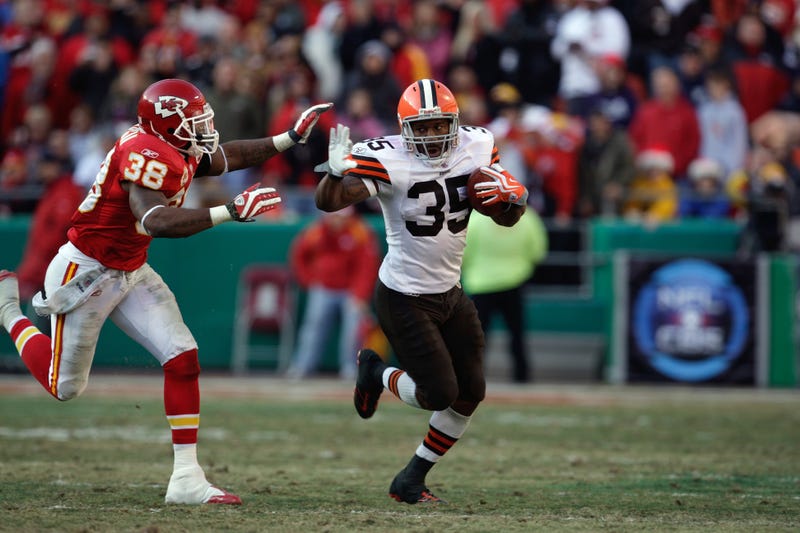 One does not simply dethrone Jim Brown in the Cleveland Browns record books. For more than half a century, Brown's 237 yard rushing performance from 1957 (which he tied in 1961) stood strong as the single-game record on the ground in Cleveland. Jamal Lewis came close with 216, but to no avail. The same can be said for Greg Pruitt (214), Earnest Byner (188) and Lee Suggs (186).

286 yards. Three TDs, including the game-winner.@JimBrownNFL32 had held the @Browns’ single-game rushing record for 52 years before this HUGE day from Jerome Harrison.

Unfortunately, a brain tumor ended his career in 2011, but his road to recovery, though slow, brought some good news in 2018. 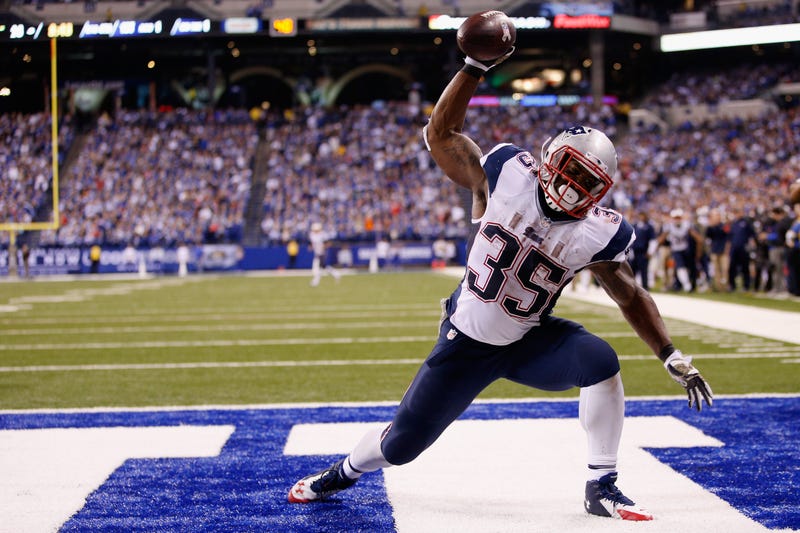 At least Harrison had posted one good game in his NFL career before exploding for 286 yards. But Jonas Gray hadn't done much of anything; in fact, he had only 131 rushing yards in his entire NFL career on 32 carries, all given to him in the games leading up to Week 11 of the 2014 season.