The first mock draft of the year always feels too early. But it’s tradition -- at least for me and some other fantasy football diehards I know -- to start molding our fantasy draft strategies before we even know who wins training camp battles, whose health holds up, whose contract negotiations are successful, whose role is secure, and so on.

Though May might seem too early for all the reasons listed above, it’s especially early considering we don’t even know that the NFL season will start at a normal time. But it’s also for this reason that it’s the perfect time to think about fantasy football.

The unfortunate reality is just that; football in 2020-21 might just be a fantasy. But while we wait for other leagues to (hopefully) get started in the summer, with encouraging reports coming out of the three other Big Four sports, we might as well plan accordingly for our fantasy leagues to start back up on time and with the same intensity as ever. That’s what the NFL is reportedly planning for, as well, seeing as Executive VP of Football Operations Troy Vincent said that “unless the medical community tells us otherwise,” they are aiming to play in full stadiums.

If the NFL is aiming to play in full stadiums, then we should by no means aim to play anything less than a full-fledged fantasy season. And that’s exactly what we’re starting to do here at RADIO.COM Sports. Featuring drafters from our central content team and experts from local markets, our first PPR mock draft of 2020 has come and gone.

Let’s look at the best bargains, the worst reaches and the overall breakdown of our 12-team draft. 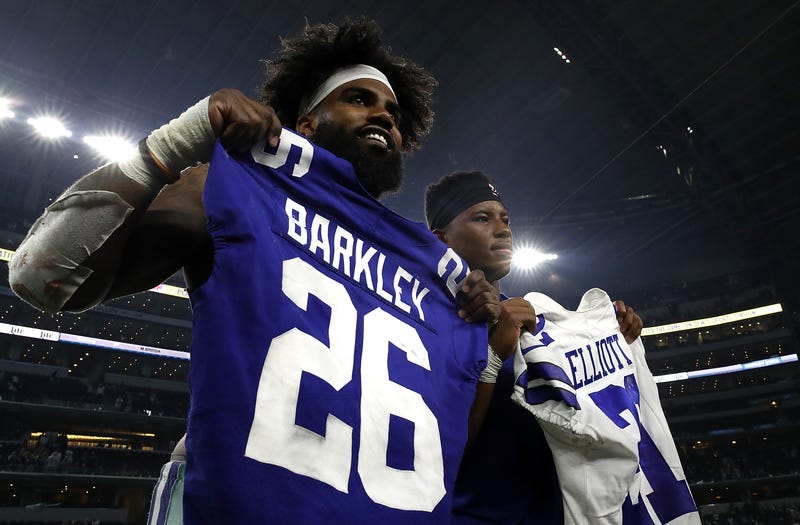 Ezekiel Elliott and Saquon Barkley give the NFC East a strong representation at the top of the first round. Photo credit Getty Images

Round 1: Late Run of Receivers

It’s hard to find a great bargain in round one unless one of the clear top running backs drops out of the top eight picks or so. That didn’t happen, and thus it makes sense that after the last elite running back was selected, a run of receivers began.

Godwin at 12 could be considered a slight reach. This one is by no means a knock on the selection so much as it is a comparison with where he is usually drafted, according to data provided by FantasyPros. Godwin is usually selected in the early to mid second round, and the average draft position (ADP) results indicate that there is another tier of running backs that could have gone earlier. However, seeing as Mennella went with a running back on the wraparound pick, this slight reach didn’t hinder his ability to take whoever he wanted with the next pick. 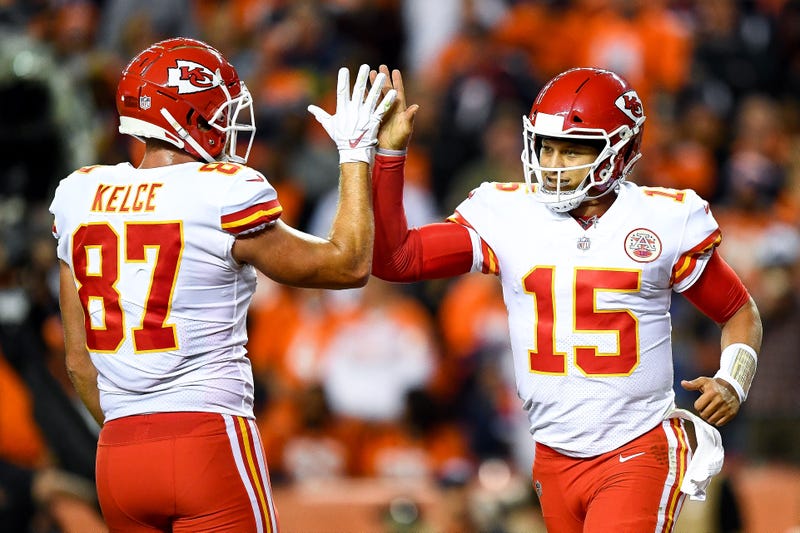 Kelce and Mahomes were the second players at their respective positions. Photo credit Getty Images

Round 2: Elite QBs and TEs Get Scooped Up

I don’t want to pat myself on back too often -- actually, I hate doing it at all, given that I’m obviously going to be biased toward the players that I chose to select -- but I’m not alone in thinking that Aaron Jones is great value at the end of the second round. His ADP, according to FantasyPros, is 14.3, and the discrepancy between where I picked him and that figure is fairly large at this point in the draft. He’s one of two reliable sources of production on this roster, along with Davante Adams, and figures to work prominently both on the ground and through the air. The addition of A.J. Dillon through the draft doesn’t scare me, at least not for this year, considering Jones led the NFL with 19 touchdowns and averages 5.0 yards per carry over his career.

A couple of picks here could be contented, including the quarterbacks and the perplexing outlook of Odell Beckham Jr., but selecting Kittle at 14th overall seems to be a pretty obvious reach. He could end up being the best tight end in fantasy over Travis Kelce, though Kelce was the highest-scoring at the position in 2019. And 2018. And 2017. And 2016. So, while Kittle is a phenomenal asset and is being drafted in the second round on average -- albeit toward the back end -- it doesn’t make much sense to take him as early as he went, especially while Kelce was still on the board. 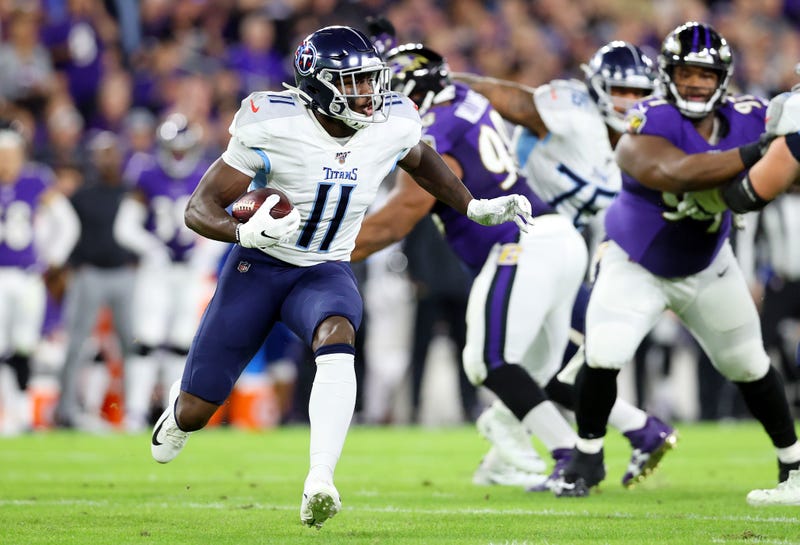 Expectations are high for A.J. Brown in his sophomore season, but how much more can he "break out"? Photo credit Getty Images

Round 3: First Rookie Off The Board

This deal with Dak has got to get done… right? And when it does, this pick will officially be locked in as a great bargain for Meyer, giving him a deadly WR duo of Julio Jones and Amari Cooper. Despite the draft addition of CeeDee Lamb, there are a lot of targets to be had in Dallas, and it seems that all three wide receivers will be able to perform in a big way in 2020. Dak is an MVP favorite, and with some projections giving him well over 4,000 passing yards, the majority should go to the No. 1 receiver. Cooper was retained long-term for a reason, and he could easily have his best season to date after a top-ten finish last year.

I like A.J. Brown a lot, I really do. He’s proving himself to be an insanely hard worker, reportedly catching 1,000 balls per day in the offseason, and is a favorite to be a breakout candidate in 2020. However, I think the Titans offense makes it a bit difficult for those projections to come to fruition, especially considering it’s hard to “break out” after posting 1,051 yards and eight touchdowns as a rookie. The other reason that I’m skeptical is that he caught more than four balls in just three of 16 games last year. He was able to break some big plays in those three- or four-catch games, but he’s also prone to disappearing. In the playoffs, he finished with two catches for 13 yards in the first two games before an average finale of three catches for 51 yards. 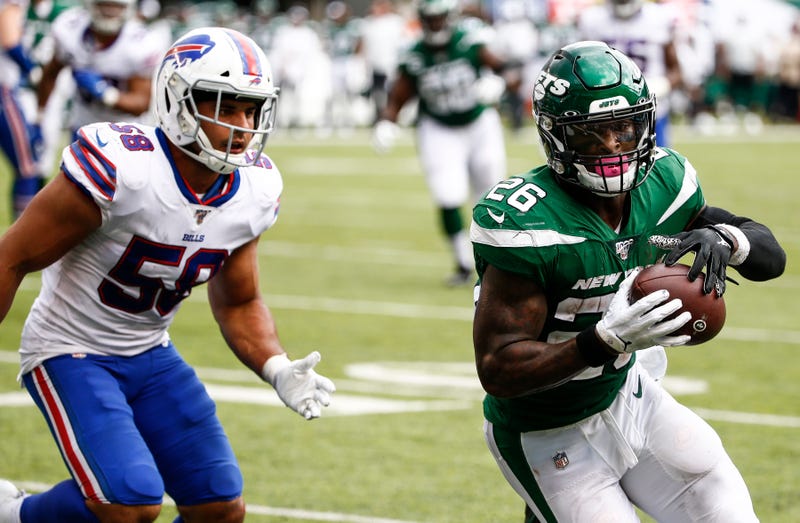 Will Le'Veon Bell live up to his deal in his second season with the Jets? Photo credit Getty Images

I get it. Le’Veon Bell just was not good in 2019. But while people are hyping up their expectations for Sam Darnold in 2020, given an improved offensive line and new receivers Denzel Mims and Breshad Perriman, there isn’t as much buzz surrounding the former All-Pro running back. Bell, as expected, shouldered a ton of the load last season, getting over 300 touches but translating his carries into a pedestrian 789 yards on 3.2 yards per carry and only finding the end zone four times. Why shouldn’t Bell’s numbers improve behind that same revamped line and in the new Jets offense as well? The lack of competition in the backfield remains, and Bell is only 28 years old and coming off a healthy season. Expect him to convert that same high usage into some great fantasy numbers.

Both tight ends here seem like a reach, but the flow of this draft saw some tight ends selected earlier than expected and thus it’s a natural result that some should fly off the board. Still, seeing as guys like Gronk, Jared Cook, Tyler Higbee and others went rounds later, I stick by my subscription that it’s better to wait on a tight end once you pass the elite tier. With that said, I don’t think I can call either of them a reach, as they’re both potentially team-leading receivers with high upside and a safe floor. 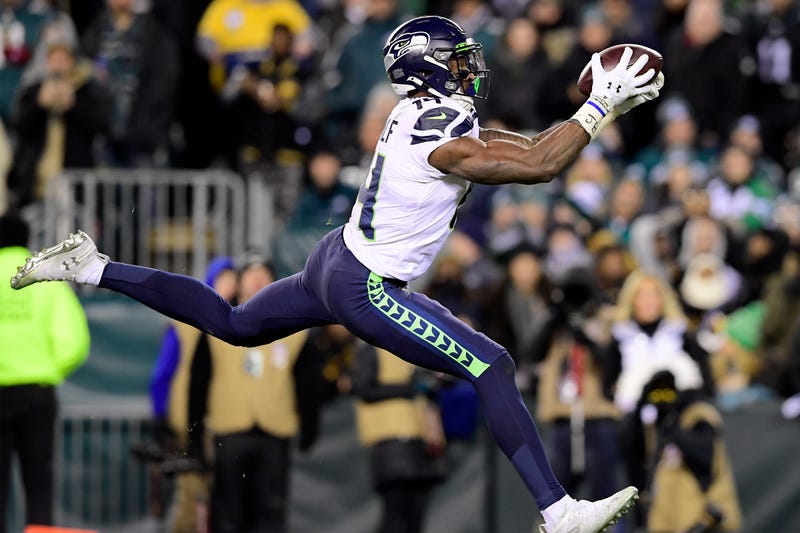 Even though it’s a mock draft, my heart skipped a beat after I selected Metcalf and saw that Singletary was still on the board. The Bills offense offers the perfect environment for a young, bellcow running back to thrive, and though the addition of Zack Moss limits his carry upside, Singletary is fully expected to take on that role after a year splitting carries with and learning from the great Frank Gore. His receiving numbers were solid last season, and that 5.1 yards per carry with increased usage will wreak havoc on the fantasy community. He’s my breakout guy in 2020.

I’ll flag myself on this pick. As an Eagles fan, I’m haunted by the memories of Metcalf exploding against us and ending our season, but that showing was an admittedly small sample size. Still, 900 yards and seven touchdowns as a rookie is nothing to ignore. But with receivers who are the unquestioned No. 1 on their teams, like literally all five of the other WRs taken this round, I got a little too trigger happy going with a No. 2 receiver in a relatively balanced offense this early.