If your're an NFL team in need of a pass catcher - either one that can play inside or outside - you've come to the right place.

The 2020 NFL Draft class is deep at receiver, including a tier one that features former Alabama teammates Jerry Jeudy and Henry Ruggs III, along with former Oklahoma star CeeDee Lamb. The crazy thing? There doesn't appear to be a consensus among evaluators on which of those three will have the best NFL career.

With that in mind, here's the latest RADIO.COM 2020 NFL Mock Draft, including six wideouts being taken in the first round: 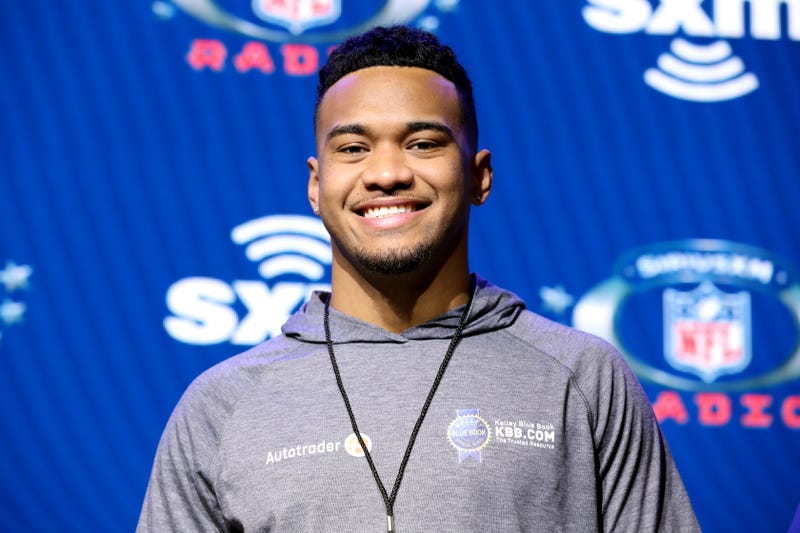 Dolphins Pull the Trigger, Trade Up for Tua

Ahead of the 2006 season, the Miami Dolphins failed Drew Brees' physical, and ultimately let him sign with the New Orleans Saints, forever changing NFL history. RADIO.COM NFL Insider Michael Lombardi said this week that he's heard that one team picking in the top 10 has failed former Alabama quarterback Tua Tagovailoa's physical, as he recovers from hip surgery after a very successful, but injury-riddled college career. Certainly, betting on Tagovailoa's health carries some level of risk, but the same was true with Brees in 2006 and the Dolphins haven't had much stability at the quarterback position since then. With a bounty of picks over the next two years, the Dolphins move up two picks in our latest mock and select Tagovailoa as they look for their first franchise quarterback since Dan Marino. 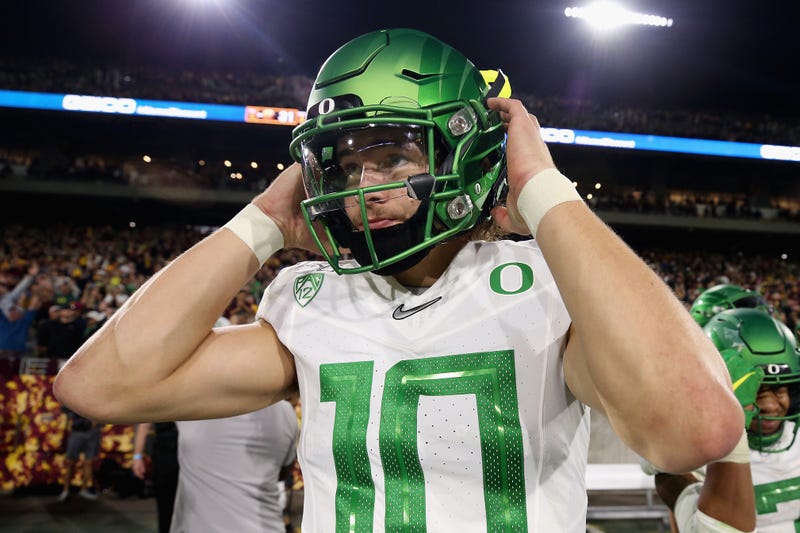 Justin Herbert is expected to be one of the first quarterbacks selected in the 2020 NFL Draft. Photo credit (Christian Petersen/Getty Images)

In three seasons as the Buffalo Bills' starting quarterback, Tyrod Taylor actually led the team to a 22-20 record. If Anthony Lynn and company think that inserting him as the starter in 2020 will help them to contend for a Wild Card spot, they may be onto something, especially if he doesn't turn the ball over at the clip that Philip Rivers did a season ago. However, there will likely be a ceiling to how far Taylor can carry the team, especially in a division that's home to Patrick Mahomes. It increasingly feels like the Chargers may be able to stand pat at pick No. 6 and land Oregon quarterback Justin Herbert - if we assume that the Miami Dolphins are more interested in Tua Tagovailoa. Herbert would have the chance to open the season behind Taylor, but supplant him at some point in 2020 or 2021 and do so with a pretty good supporting cast. 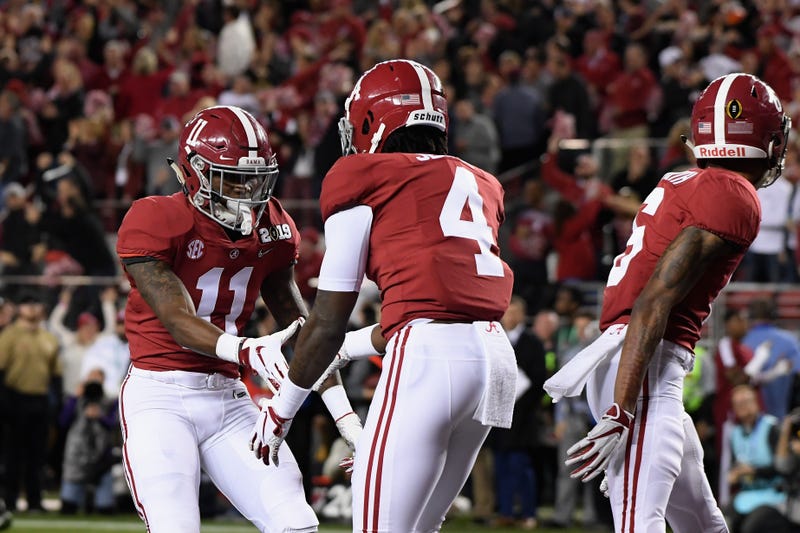 Former college teammates Henry Ruggs III (No. 11) and Jerry Jeudy (No. 4) are among the top receiving prospects in the 2020 NFL Draft. Photo credit (Harry How/Getty Images)

The New York Jets carry one of the most important selections of the 2020 NFL Draft, because whether they go with a wide receiver or an offensive lineman - both of which would be acceptable choices - it will have a trickle-down effect on the rest of the board. In this mock, the Jets select former Alabama star receiver Jerry Jeudy, two picks before the defending NFC Champion San Francisco 49ers land Jeudy's blazing-fast college teammate Henry Ruggs III. In between those two, the Las Vegas Raiders land CeeDee Lamb, a pick that helps Jon Gruden to continue to add to a budding young offense. So who gets burned by the trickle-down effect of the Jets taking a wideout? The Denver Broncos at pick No. 15, who would probably prefer to add another star receiver across from Courtland Sutton. However, landing Jedrick Wills Jr. is a pretty great consolation prize. 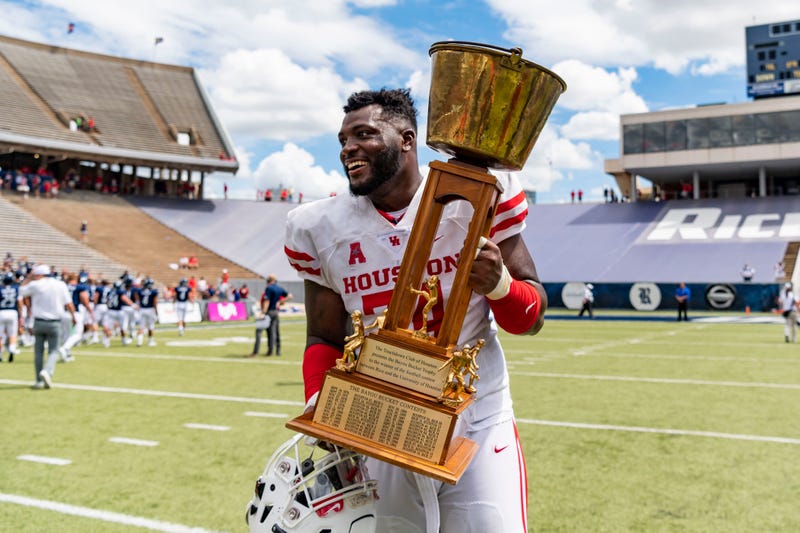 Josh Jones may be the final offensive lineman taken in the first round. Photo credit (Maria Lysaker/USA Today)

For as active as they've been this offseason, the Dolphins are still largely a blank slate, one that could use their second of three first-round picks on a variety of positions. However, if you're going to bet on Tua Tagovailoa staying healthier at the NFL level than he did in college, you better give him great protection. Though Kyle Crabbs of The Draft Network acknowledges that former Houston offensive tackle Josh Jones may have a "low floor," he's bullish on his potential ceiling, calling him "an offensive line coach's dream." The Dolphins, who haven't won a playoff game since 2000, continue to be willing to bet on the best-case scenario in this draft and take Jones. 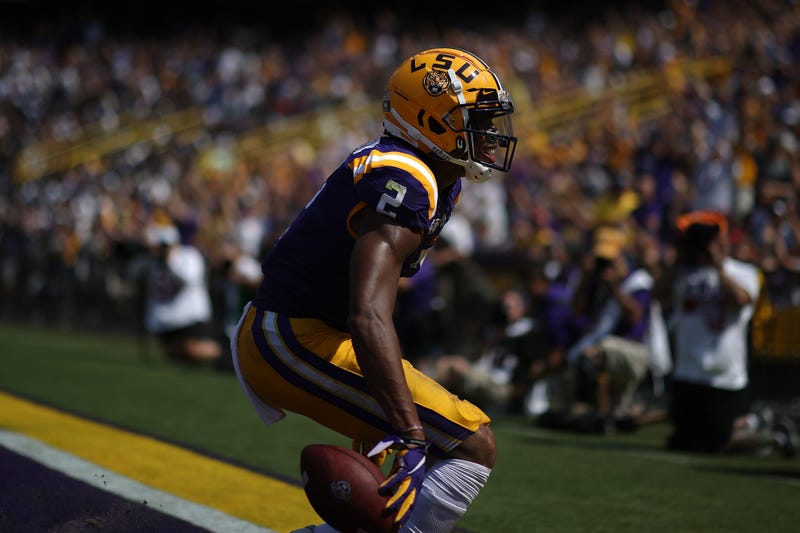 Though we've previously suggested that the Eagles could consider trading down from pick No. 21, there's growing evidence that they are keen on former LSU wideout Justin Jefferson. Jefferson had a monster junior season for the eventual National Champions, hauling in 111 passes for 1,540 yards and 18 touchdowns. The Eagles' most immediate need may be for a wide receiver the provides more juice than Jefferson, but if the Eagles feel that he's a certain thing, taking him and hoping for DeSean Jackson to stay healthy in 2020 may not be a bad strategy. 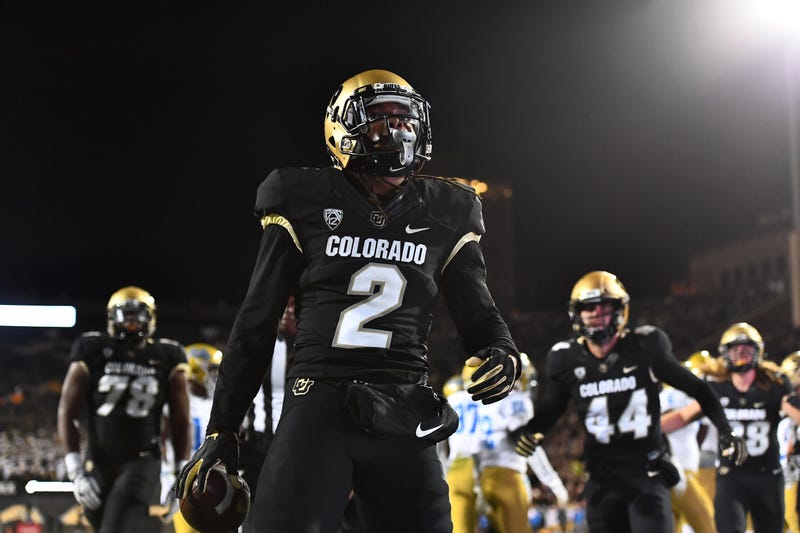 Laviska Shenault Jr. is one of the most interesting prospects in the 2020 NFL Draft. Photo credit (Ron Chenoy/USA Today)

From the perspective of upside, former Colorado wide receiver Laviska Shenault Jr. may be the best prospect of the tier-two wide receiving options. However, the core muscle surgery that he had after a disappointing NFL Combine is just the latest in a growing list of surgeries that also includes labrum and turf toe procedures. If he's healthy, though, Jordan Reid of The Draft Network says that Shenault Jr. is "type of swiss army knife that creative offensive coordinators will love to add to their list of weapons." Well, here you go, Matt LaFleur. In year two of your tenure in Green Bay, may we interest you in a "swiss army knife" to add to an offense that already includes Aaron Rodgers, Aaron Jones, Davante Adams and Marquez Valdez-Scantling?