The Bills had a pretty firm grip atop the AFC East in 2020, going 13-3 and heading all the way to the Conference Championship game. And though they look primed to repeat in 2021, that doesn't mean that the AFC East won't be an intriguing division to watch elsewhere.

The quarterback position, as always, will take the spotlight, but for especially good reason with these four teams. Josh Allen will look to finish as an MVP candidate once again after a breakout performance last season. Tua Tagovailoa now takes the reins without any QB competition to worry about, and his offseason has drawn some very positive reviews. And two rookie quarterbacks — the Jets' Zach Wilson and the Patriots' Mac Jones — fill out the rest of the division and look to get their careers started off on the right foot.

We asked our local experts and national writers to give us the key breakdown of each team in this division, and there's a whole lot of interesting stuff to get into. 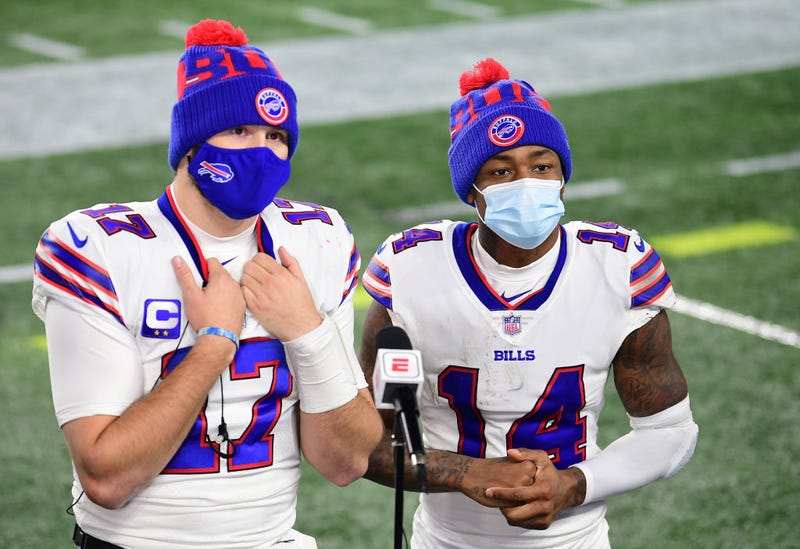 Biggest storyline heading into season?﻿
Josh Allen‘s ascension - can it continue and how high can it go? After signing a $258 million contract extension, the expectations are even higher on the fourth-year quarterback to lead the Bills to a championship. How Allen handles that pressure, both game-to-game and season-long, could be the difference between the Bills getting back to the AFC Championship Game with a shot of getting to the Super Bowl and falling short of expectations, both internally and externally.

Who will be the X-factor?
The Bills had a clear plan to set out to improve their pass rush in order to bridge the gap between them and the Kansas City Chiefs. Greg Rousseau, their 2021 first round pick (30th overall), has amazing length, can play outside and inside, and will fit right into a defensive line rotation that the Bills made a point of emphasis all offseason. Many felt he would be more of a project than an immediate impact, but he's already looked fantastic at training camp and in the preseason. If he can carry that into the regular season and be a factor right away, ​it will go a long way towards closing that gap and maybe even getting them past the Chiefs and into the Super Bowl.

The Bills will make the playoffs if...
They just continue to play with the same consistency on a game-by-game basis. Don’t try to win the Super Bowl every week. Their roster is as good or better than any they've had since the glory years of the 1990s when the franchise went to four-straight Super Bowls. The playoffs are expected. They are the favorites to win the AFC East once again. Their goal is the be the top seed in the conference and have the road to Super Bowl LVI go through Orchard Park.

The Bills will miss the playoffs if...
Injuries strike a key player or unit on the team, and another team in the division rises up, making it too tough to overcome. Even with a 17-game regular season, losing Josh Allen for several weeks or their No. 1 wide receiver Stefon Diggs, or someone like All-Pro cornerback Tre'Davious White could cost the Bills a win or two. That one game could mean the difference between them and the New England Patriots or Miami Dolphins winning the division. And with plenty of solid teams in the AFC, one game lost, especially to another conference team, might mean staying home in January.
— Sal Capaccio, Bills sideline reporter, WGR550 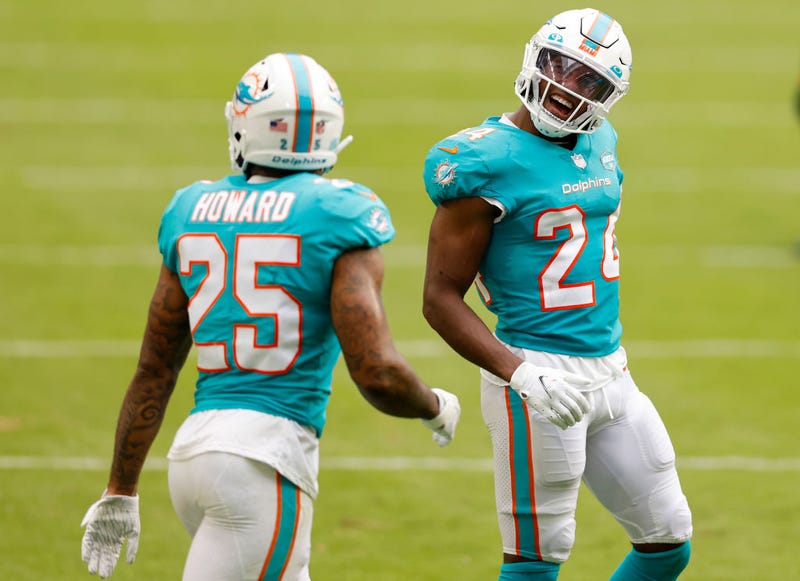 Biggest storyline heading into season?
﻿Tua Tagovailoa underwhelmed in his rookie year, while Justin Herbert -- taken a selection after him in the 2020 NFL Draft -- won the Offensive Rookie of the Year. Ryan Fitzpatrick is out of the picture, but it already feels like a make-or-break season for Tagovailoa. The Dolphins have a roster that, at the very least, is good enough to reach the postseason. If Tagovailoa doesn’t take a major step forward in 2021, the Dolphins may very well trade for a veteran quarterback next offseason.

Who will be the X-factor?
﻿Beyond Tagovailoa, the ability of what could be a special wide receiving corps to stay healthy will determine how successful the Dolphins are this season. Will Fuller V will miss Week 1 as he wraps up a six-game PED suspension that was issued when he was with the Houston Texas last season. Injuries have prevented Fuller from playing more than 11 games since his rookie year of 2016. DeVante Parker, who broke out in 2019, is no stranger to injuries. Neither is No. 6 overall pick Jaylen Waddle, who has some traits that remind you of Tyreek Hill if he’s able to stay on the field.

The Dolphins will make the playoffs if...
﻿The Bills clearly appear to be the best team in the division, so the clearest path to the postseason for the Dolphins will be to win one of the three Wild Card spots in the AFC. That will require a breakout season from Tua Tagovailoa. Winning both games against the division-rival New England Patriots wouldn’t hurt either.

The Dolphins will miss the playoffs if...
﻿Tagovailoa fails to take a step forward in 2021 and the Patriots re-emerge as a legitimate Super Bowl contender, which would make the Dolphins the third-best team in their own division.
— Tim Kelly, Audacy Sports 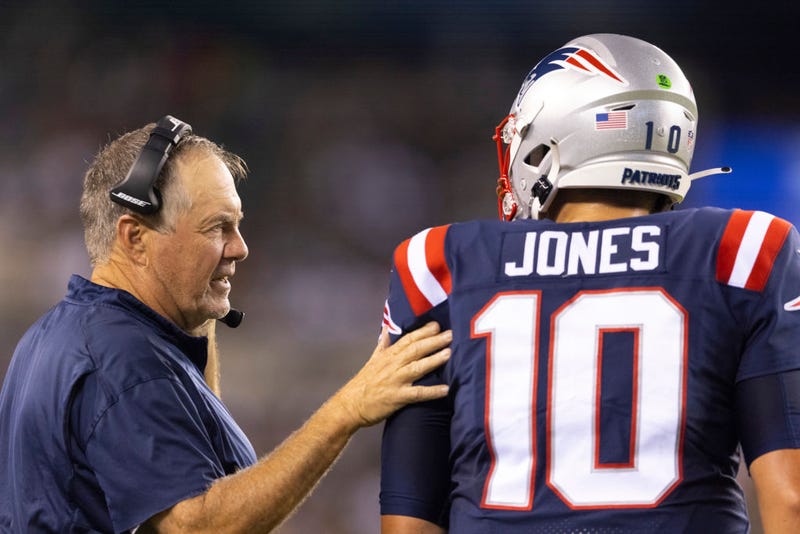 Biggest storyline heading into season?
﻿After the release of Cam Newton, this one is pretty easy: how rookie Mac Jones does. The No. 15 overall pick had a tremendous summer and beat out Newton for the job. He will obviously make mistakes, but how many will there be? Will he cost the team games? Will he immediately jump in and lead the team to a bunch of wins? Going with Jones was the right move for the Patriots as they look to their long-term success, but how quickly the rookie adjusts to life in the NFL will be the biggest storyline with the team.

Who will be the X-factor?
﻿Jonnu Smith. The tight end is going to be a major part of the offense and if he can put up big numbers, it likely will mean good things for the Patriots offense. Josh McDaniels will be able to have a lot of fun using Smith's athleticism, lining him up all over the field. Based on what we've seen over the summer, he could lead the team in targets.

The Patriots will make the playoffs if...
﻿The defense stays healthy and they get decent play from Mac Jones. The Patriots defense has the potential to be one of the best in the entire NFL with all the pieces they have, particularly in the front-seven. As long as there are no major injuries, the unit should be in the top 10. And then if that happens, all the offense needs to do is take care of the football while taking advantage of scoring opportunities thanks to the defense and special teams.

The Patriots will miss the playoffs if...
﻿Mac Jones turns the ball over a bunch. As long as the offense keeps its mistakes to a minimum and the defense plays like it is capable of, it's hard to imagine the Patriots missing the playoffs, especially with seven teams making it in each conference. Jones won the job because he keeps his mistakes to a minimum. If that changes come the regular season, that is when the Patriots could be in trouble.
— Ryan Hannable, Patriots writer for WEEI

Biggest storyline heading into season?
﻿The Robert Saleh/Zach Wilson era breeds a lot of optimism. Joe Douglas spent and drafted wisely, and gave Wilson a couple new weapons and a budding offensive line…but now, what can they do with it all? Can the LaFleur offense take off, and even with Saleh overseeing Jeff Ulbrich, can a defense missing its two biggest acquisitions – Carl Lawson for the year and Jarrad Davis for the first month-plus – hang on?

Who/what will be the X-factor?
﻿The running game. We know the pieces and parts left over, and what guys like Corey Davis can do, and Zach Wilson brings optimism. But the one thing the Jets have lacked in recent years is defenses respecting the running game. Part of that falls on Adam Gase’s usage of Le’Veon Bell, but Coleman knows this LaFleur offense as well as anyone, and if he can be the guy he was in Atlanta in 2018 and they can form a functional rotation, some of the pressure will be off Wilson.

The Jets will make the playoffs if...
﻿Zach Wilson pulls a Mark Sanchez and puts it together right away, the Ulbrich/Saleh defense coalesces without two big weapons, and Corey Davis becomes the No. 1 receiver the Jets have needed for years. A win or two over the Pats, and the Dolphins, wouldn’t hurt either.

The Jets will miss the playoffs if...
﻿They’re the same old Jets. Gang Green’s over/under is six wins for a reason: they’ve stunk for years, and have an entirely new system now. Usually there are growing pains in year one (not always), but hey, even if this team is 6-11, that’s better than the alternative, and at least this time, there’s true optimism for the future to be had out of it – just look at the Eagles, who went from 7-9 in the first year of the Pederson/Wentz era to Super Bowl champs the next year.
— Lou DiPietro, WFAN