Last year, the NFC East was known as the NFC Least, and it's really hoping to shred that label in 2021. Fortunately, there's a fairly decent chance that it will be able to do so.

For one, the quarterback play should be a lot better, with three teams seeing upgrades at the position from where they were at during low points of 2020. Dak Prescott is healthy and aiming to return to the historic levels at which he was playing to kick off last season. Jalen Hurts is primed and ready to go as the Eagles starter, and his play as a full-time QB can't possibly be much worse than what we saw from Carson Wentz. Journeyman Ryan Fitzpatrick has found a new home in Washington, where he'll look to improve the offense while the defense picks up where it left off as a dominant unit. And though the Giants are returning Daniel Jones as the starter, they'll also (hopefully) see a healthy, returning Saquon Barkley join forces with new addition Kenny Golladay to provide a little more pop to the offense.

Then again, there's the chance this division could be — *sigh* — the NFC Least. Let's see what our local Audacy Sports experts have to say as they break down each team and analyze the focal points of each organization. 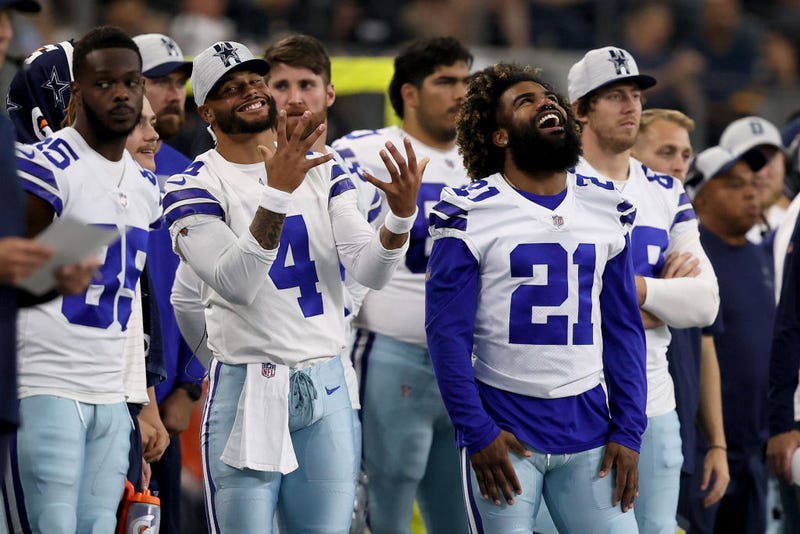 Biggest storyline heading into season?
The same storyline that you've seen all offseason and on HBO's Hard Knocks each week. Can Dak Prescott return to Pro Bowl form after undergoing multiple ankle surgeries. And that's without mentioning a shoulder injury he's working through. Prescott was on pace to throw for over 6,500 yards and 32 touchdowns when he suffered a brutal ankle injury in Week 5 last season. If he can stay healthy, the Cowboys will have a chance to do some damage this season. (Josh Clark)

Who will be the X-factor?
﻿When Ezekiel Elliott is healthy and hitting on all cylinders, the Cowboys offense is nearly unstoppable. Coming into 2021, he looks to be in the best shape he's ever been in. If he can get back to his 2019 production, the Cowboys could run away with the division. (Matt Galatzan)

The Cowboys will make the playoffs if...
﻿The team can stay healthy. The Cowboys would have easily won the NFC East crown in 2020 had several starters been on the field. Prescott, La'el Collins, Tyron Smith and Blake Jarwin were among the players placed on season-ending IR. Despite the injuries, they still almost won the division, and would have had their defense not been abysmal. (Josh Clark)

The Cowboys will miss the playoffs if...
﻿...either of these two things happen. 1) the defense can't take a step forward and 2) If the offensive line can't stay healthy. The Cowboys had arguably the worst defense in franchise history last season, and did their best to fix that, signing multiple free agents at key positions and going heavy in the draft on that side of the ball. Along the line, Dallas was devastated by injuries in 2020, to the point where nearly every starter or reserve was lost for an extended period of time at one point or another. If Either of those things happen, let alone both, Dallas will be in major trouble. (Matt Galatzan)
— Josh Clark and Matt Galatzan, 105.3 The Fan 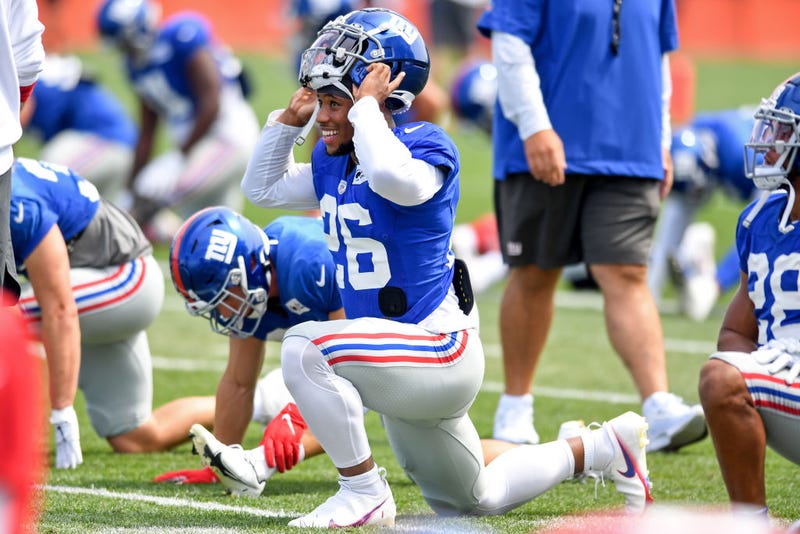 Biggest storyline heading into season?
﻿Daniel Jones and his future with the franchise. The former sixth overall pick has now turned in back-to-back lackluster seasons, and the Giants made a clear effort to add more weapons around him to make his progression as friendly as possible. Patience will have to be wearing thin if Jones doesn’t show clear signs of improvement or promise in Year Three, and all eyes will be on Jones to see if he can improve upon his 11 touchdown, 10 interception campaign in his underwhelming sophomore season.

Who/what will be the X-factor?
﻿Saquon Barkley’s knee. The star running back just started taking some form of contact to start the final week of training camp, and his availability for Week 1 is still up in the air. The Giants have big questions on the offensive line, and having Barkley’s dynamic playmaking ability out of the backfield, especially as a receiver on quick throws, could mask a lot of that if it remains an issue. But that will only happen if Barkley is feeling like his typical self.

The Giants will make the playoffs if...
﻿Their new offensive additions can stay healthy. Kyle Rudolph and Kenny Golladay have both battled injuries during training camp, and with Evan Engram nursing a calf injury, Rudolph will be even more important in at least the early parts of the season. His foot issue will likely be a lingering concern, and if the team can’t keep its new upgrades on the field, the offense will lose a lot of its firepower.

The Giants will miss the playoffs if...
﻿The offensive line isn’t able to continue the momentum it built down the stretch of last season. The line has to be consistent this season to keep Daniel Jones upright and make the offense more of a collective weapon. We saw in the Super Bowl how an overmatched offensive line could make things nearly impossible even for Patrick Mahomes, so if the offensive line can’t make things easier on Jones, this team isn’t going very far.
— Ryan Chichester, WFAN 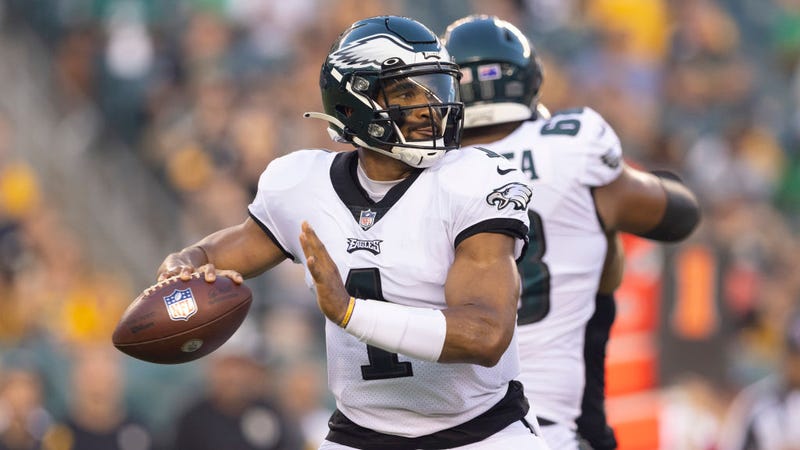 Biggest storyline heading into season?
﻿After five-straight seasons of Carson Wentz and Doug Pederson the Eagles now begin a new era of football under Jalen Hurts and Nick Sirianni. Are they the duo of the future? The future looks bright for both, but having potential and proving it on the field are two different things. It might sound crazy, but with the draft capital the Eagles have next year (three first-round picks), they will need results right away from both Sirianni and Hurts if both want to be back in 2022.

The Eagles will make the playoffs if...
﻿If Jalen Hurts can be a top 20 quarterback. Hurts doesn’t have to be an MVP candidate for the Eagles to win a weak NFC East, but he does have to be at least solid. There is enough talent around Hurts on both sides of the ball to get the team into the postseason.

The Eagles will miss the playoffs if...
﻿If Sirianni can’t coach on Sundays. Sirianni has checked nearly every box you would want from a head coach so far, but the most important test remains — what is he like on game days? Sirianni has never called plays for an entire season before, and his ability to make the right call and the right time will play a huge role in deciding the outcome of the Eagles’ season.
— Eliot Shorr-Parks, Eagles reporter for 94WIP 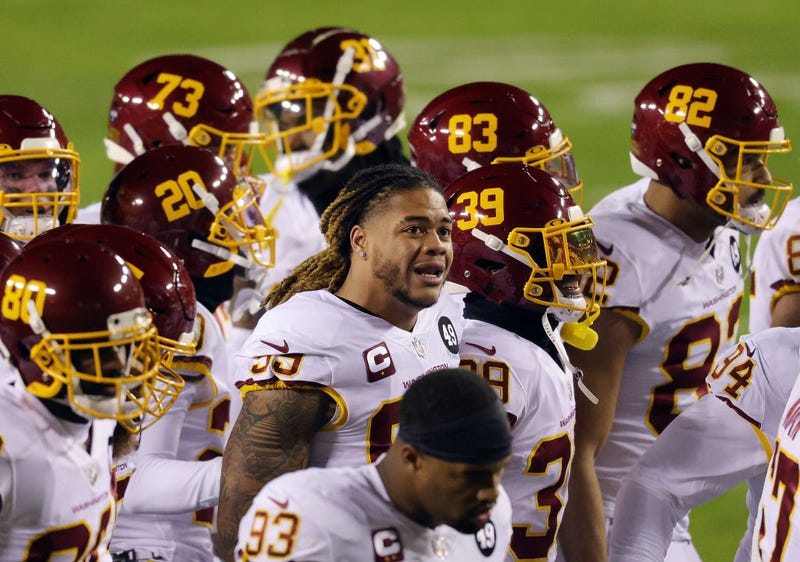 Biggest storyline heading into season?
﻿How many games will Ryan Fitzpatrick start for the Washington Football Team in 2021? For Fitzpatrick himself, this is closer to the situation he was in in Tampa in 2018, where there's no other real viable starter on the roster, rather than the situation he was in last year in Miami, just keeping the seat warm until Tua was up to speed. Taylor Heinicke earned himself an NFL contract with his admirable performance against the Bucs in the playoffs, but he's still yet to prove he can be a regular NFL starter. All that said, Washington's defensive front seven only improved this offseason after being one of the league's best — with the arrival of Chase Young — in 2020. Washington has such an embarrassment of riches along its defensive line, head coach Ron Rivera has even toyed with trotting out a 5-2. Washington is built to win now so long as Fitzpatrick doesn't throw himself out of a job and the team out of contention. Will Washington get more FitzMagic than FitzTragic? Their season depends on that outcome.

Who will be the X-factor?
﻿Chase Young with a dotted line to Montez Sweat. Washington went from 3-13 in 2019 to 7-9 (and NFC East champs) in 2020 without much changing outside of drafting Young second overall out of Ohio State. There's no other way to put it. Young proved to be a transformative force for this defense. He commanded double teams so regularly that Sweat was able to feast on the other end of Washington's pass rush, racking up the lion's share of the QB pressures and sacks. If Jack Del Rio can find more ways to free up Young this season, expect Young to get the double-digit sack totals to match the herculean effort he's already putting forward. One thing is for certain: with this defensive line, that pass rush is coming from somewhere, no matter who's being double teamed.

Washington will make the playoffs if...
﻿...it can win the division for the second straight season. The ceiling for Washington in a 17-game season shouldn't be much higher than the seven wins it took them to win the NFC East last year. But after scrapping their way into the playoffs with a combination of Dwayne Haskins (gone), Alex Smith (gone), Kyle Allen (now third string) and Taylor Heinicke, Ryan Fitzpatrick should bring a relative level of consistency to make the team less volatile overall. Assuming more stable quarterback play (laughable, I know, considering the up-and-down nature of Fitzpatrick's game), Washington could manage to improve by three wins. Is 10-7 enough to win the NFC East in 2021? That's the question.

Washington will miss the playoffs if...
﻿...Washington's pass rush is as dangerous as any team's in recent years but it doesn't guarantee team success. While dominant, it is still just a part of the whole equation. When successful last season, the pass rush covered for the many deficiencies in Washington's secondary. But a good, efficient passer can neutralize Washington's pass rush by delivering short, quick passes, effectively rendering the rush useless while exposing the holes in Washington's secondary (see: Kyler Murray, Week 2, 2020). While the likelihood is Washington's offense improves this year and the pass rush remains dominant, there is an alternate possibility as well. It's quite possible that with a year of tape, opposing offensive coordinators improve at limiting Washington's pass rush which would open the door to complete chaos on the back end. It's also possible Washington's offense doesn't improve dramatically from last season and now Washington's lacking on both sides of the ball. That's the nightmare scenario for Washington.
—Chris Lingebach, 106.7 The Fan