The Cincinnati Bengals, Miami Dolphins and Washington Redskins made up the final three spots on the RADIO.COM Week 13 NFL Power Rankings. But while the three teams entered Week 13 with a combined record of 4-29, they were each victorious on Sunday.

Of course, the Bengals, Dolphins and Redskins winning means that, by definition, it's going to be a very long week in three other NFL cities.

With that in mind, here are three takeaways from Week 13 of the 2019 NFL season: 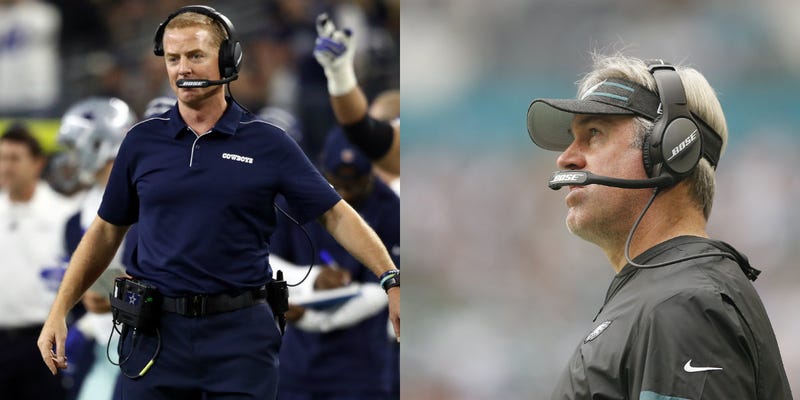 The 9-2 Seattle Seahawks will play on Monday Night Football tonight against the Minnesota Vikings. Since they are in the same division as the 10-2 San Francisco 49ers, not only will one of the two teams miss out winning the NFC West and likely securing a first-round bye, but they'll have to go on the road on Wild Card Weekend.

Meanwhile, one of the 6-6 Dallas Cowboys and 5-7 Philadelphia Eagles will not only win the NFC East, but they'll get to host a playoff game on Wild Card Weekend.

After taking a 7-0 lead at home against the Buffalo Bills on Thanksgiving Day, the Dallas Cowboys were outscored 26-8 in an embarrassing loss, one that was the most watched Thanksgiving Day game since 1992.

Following the loss, defensive end Michael Bennett, who joined the Cowboys on Oct. 24, reportedly was "screaming and hollering" in the locker room. Jerry Jones, the team's owner and general manager, reportedly had "tears in his eyes" following the loss. And head coach Jason Garrett, even if the Cowboys do ultimately win a bad NFC East, increasingly looks like a dead man walking.

Remember, there's no guarantee that the Cowboys do win the NFC East. That said, the Eagles helped their cause Sunday.

Despite leading the Miami Dolphins 28-14 in the third quarter, the Eagles ultimately blew a lead and lost to perhaps the worst roster in the NFL, 37-31. At 5-7, it's hard to imagine the Eagles making the postseason. They do still have two dates with the New York Giants and one with the Washington Redskins, but there's no reason those games should be chalked up as wins after what transpired Sunday, when the Eagles suffered one of the worst regular season losses in their franchise's history.

In Week 16, the Eagles will host the Cowboys at Lincoln Financial Field. That game, especially if won by Dallas, could very well determine who wins the NFC East. The Cowboys blew the Eagles out 37-10 on Sunday Night Football in Week 7.

Regardless of who wins the NFC East, it's clear both organizations need to be retooled this offseason. In Dallas, that likely will mean a new head coach. Doug Pederson, two years removed from winning a Super Bowl, is safe in Philadelphia, but his offensive coordinator, Mike Groh, is among those who feel likely to be casualties this offseason. And that says nothing of the need to make personal improvements on both teams before 2020. 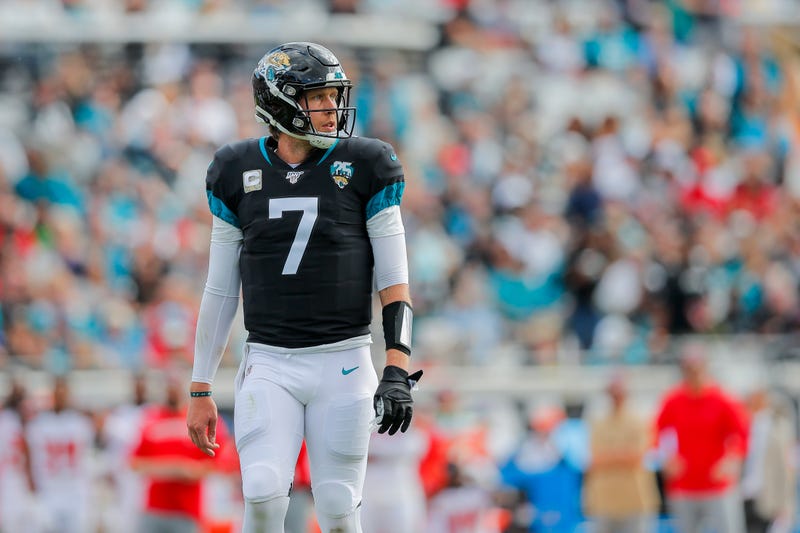 The Nick Foles Era in Jacksonville May Already Be Over

The calendar flipped to December on Sunday, and Nick Foles has made just four starts for the Jacksonville Jaguars in 2019. In those four starts, the Jaguars are 0-4, which leads you to think that a fifth start may not be a guarantee.

Foles, a former Super Bowl MVP, went 7/14 with one interception in a first half where the Jaguars were outscored 25-0 by the Tampa Bay Buccaneers. He was replaced by Gardner Minshew II after halftime, and Minshew went 16/27 for 147 yards, a touchdown and an interception.

Minshew, a sixth round pick in the 2019 NFL Draft, has 14 touchdown passes and has been picked off just five times in his rookie season. The Jaguars are 4-4 in games he's started, and it's fair to say a majority of the team's fanbase didn't want him to be benched when Foles returned from a fractured clavicle in Week 11.

“I haven’t spoken to them, and I always believe in doing things the right way,” Jaguars' head coach Doug Marrone told the collective media, including Demetrius Harvey of Big Cat Country, after the game. “I’ve got to talk to them first. It’s obviously emotional right now and we’re really disappointed, so we’ll wait, and I’ll talk to them before any announcement comes out.”

If this was just about who has given the team the best chance to win in 2019, Minshew II has been better than Foles. And while Foles has won a Super Bowl, he didn't do that while playing for the Jaguars. There isn't the same commitment to Foles from a sentimental sense that exists in Philadelphia.

That said, it's hard to get past the financial commitment that the Jaguars have made to the 30-year-old. The Jaguars signed Foles to a four-year/$88 million contract that guaranteed him $50 million this past offseason. There's a potential out in Foles' deal after 2020, but the Jaguars would have to take on over $33 million in dead cap money to release Foles this offseason. That simply isn't going to happen.

It's possible there would be interest in trading for Foles this offseason, though his market in free agency last offseason didn't appear to be very deep. Also, Tom Brady, Cam Newton, Teddy Bridgewater, Jameis Winston, Philip Rivers, Andy Dalton and Derek Carr are among the veteran quarterbacks that could be available to sign or trade for this offseason.

From a financial standpoint, it's hard to envision Foles not being employed by the Jaguars in 2020. However, it feels entirely possible that he serves as a very expensive backup quarterback next year, as one of the strangest careers in the history of sports continues. 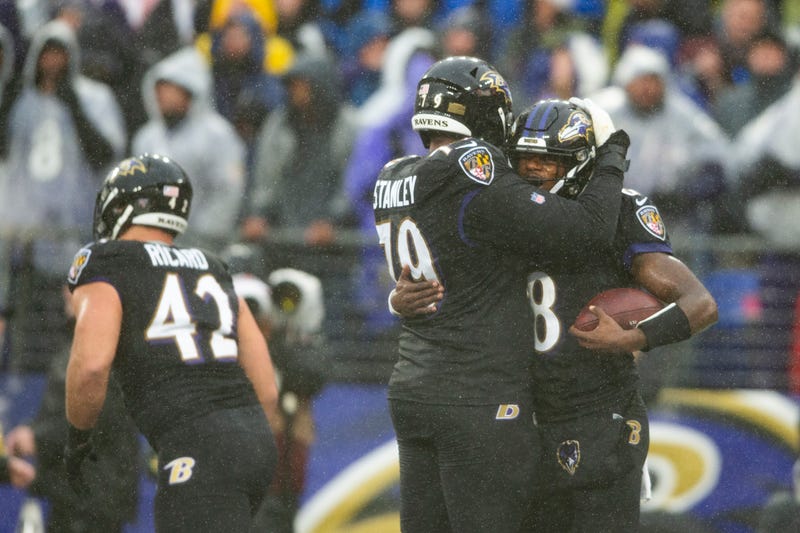 The Ravens Are Built to Win in Any Setting

A week ago - the Baltimore Ravens went into LA Memorial Coliseum, on a beautiful, California night - and stomped the defending NFC Champion Los Angeles Rams. Sunday, they returned home to M&T Bank Stadium in entirely different conditions, but defeated the team they may very well be this year's NFC Champion.

On a dreary day in Baltimore - one where it was impossible to keep rain droplets from getting on the television cameras - the Ravens handed the San Francisco 49ers just their second loss of the 2019 season.

NFL MVP candidate Lamar Jackson wasn't overwhelming through the air, as he threw for just 105 yards and one touchdown Sunday. Wet field conditions didn't keep him from continuing a dominant season on the ground, though, as he ran for 101 of the Ravens' 178 rushing yards. Jackson leads the NFL in passing touchdowns (25) and his 977 rushing yards in 2019 put him within 100 yards of Michael Vick's single-season quarterback rushing record of 1,039.

Bleacher Report's Mike Freeman wrote Sunday that "it should terrify" the NFL that Jackson was able to lead the Ravens to a victory Sunday in sub-optimal conditions. That's true - and probably the biggest long-term takeaway. But Sunday showed that the Ravens, who are now 10-2, are built to win in any style of game. A great running attack travels, and works in just about any weather. From the perspective of the 2019 NFL season, that was the scariest takeaway for the rest of the league Sunday.

Quietly, the Ravens' defense is now a top-10 unit as well. Over their last six games, the Ravens have held opponents to 13.2 points per game. Mind you, they've played against Russell Wilson, Tom Brady and Deshaun Watson in that stretch.

The Ravens, of course, can't control the weather, but they do now control their destiny in the AFC playoff picture. After a New England Patriots' loss Sunday, the Ravens are tied for the best record in the conference at 10-2. They currently own the tie-breaker over the Patriots, who they defeated 37-20 in Week 9.

From here, they are the favorite to win the AFC, whether they ultimately have home-field advantage throughout the playoffs or not. And after winning their eighth consecutive game Sunday, it's hard to say that they aren't the Super Bowl favorites.