The NFL is often unpredictable.

Who would have thought last year that Lamar Jackson would be the most electrifying dual-threat quarterback we’ve seen since Mike Vick and win the MVP? Or that Ryan Tannehill would have the best passer rating in the league and have the Titans in the AFC Championship?

Whether it is a young player who finally lives up to expectations or a forgotten veteran who resurrects his career – breakout seasons are one of the most satisfying things to watch in sports.

We’ve compiled five prime candidates who could be poised for a breakout year in 2020: 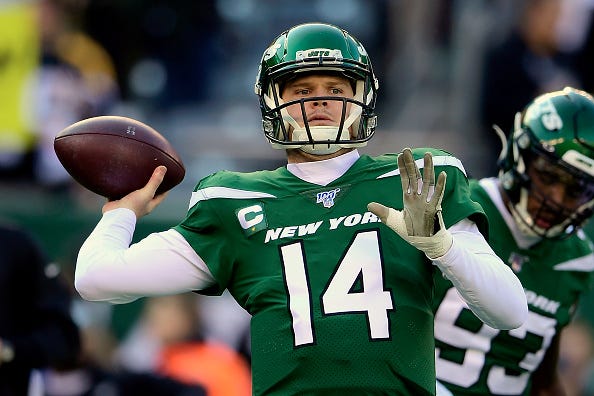 The third overall pick of the 2018 NFL Draft has shown flashes of his potential through his first two years in the league, but has also been plagued by injuries (or illness, last season) as well as turnovers. But Darnold is still just 23 years old and has made marginal improvements from his rookie year to last year.

Sure, there are variables – the Jets offensive line is new and there are still question marks about his weapons – but great quarterbacks make those around him better. That is what Darnold needs to do this season. He has shown moments when he can be that guy, now it is time for him to put it all together. 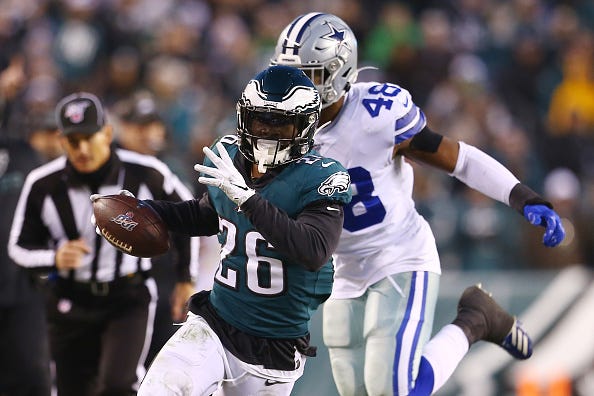 As a rookie last season, Sanders began with a light workload as he adjusted to the NFL and slowly evolved into an offensive weapon for the Eagles by the end of the season. The Penn State product finished his rookie year averaging 4.57 yards per carry and had 50 catches for 509 yards out of the backfield, as well.

With Jordan Howard in Miami, Sanders is now the lead back in Philadelphia and should see plenty more touches than the 179 carries he had last season. He is, however, dealing with a tight hamstring heading into Week 1 and may be limited, but as far as his outlook for the entire season, Sanders should eclipse 1,000 yards rushing and possibly 1,500 yards from scrimmage. 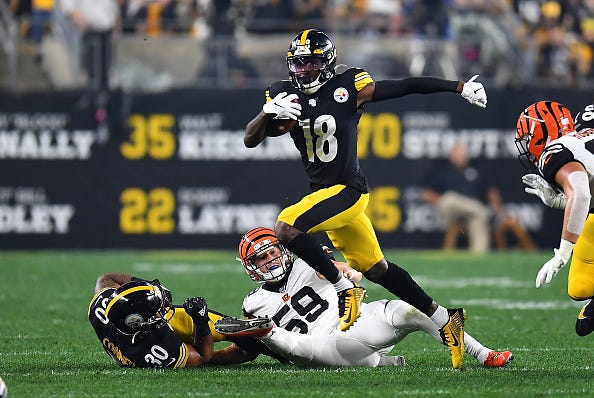 Johnson had a respectable rookie season last year, hauling in 59 catches for 680 yards and five touchdowns, and did so with a combination of three different quarterbacks.

Even a 38-year-old Ben Roethlisberger should be an improvement over what the Steelers had last year, and that should only help Johnson’s potential. JuJu Smith-Schuseter is still the No. 1 receiver in Pittsburgh, and while many may be hyped for rookie Chase Claypool, early reports out of training camp have Big Ben singing the praises of Johnson, as he recently expressed excitement to see Johnson in game action. 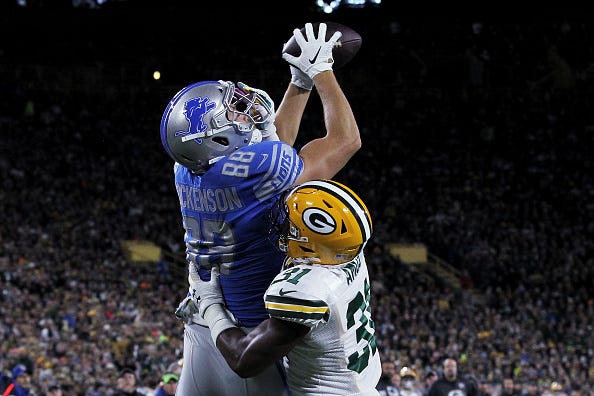 Hockenson was the eighth overall pick in the draft last year but he turned out to be a bit of a bust his rookie season. The Iowa product appeared in just 12 games – starting in seven due to an ankle injury– and did not do much when he was on the field, either, finishing with a disappointing 32 catches for 367 yards and two touchdowns. Most of that production came in Week 1 when he had 131 yards and a TD.

Hockenson’s second year should fare much better and a breakout could ensue. He is still the No. 1 tight end and both he and Matthew Stafford should be healthy to at least start the season. Many tight ends also have a history of breaking out after a bad first year – just check out George Kittle and Zach Ertz’s rookie seasons. In an offense poised to put up points, keep an eye on Hockenson to find his comfort zone this year. 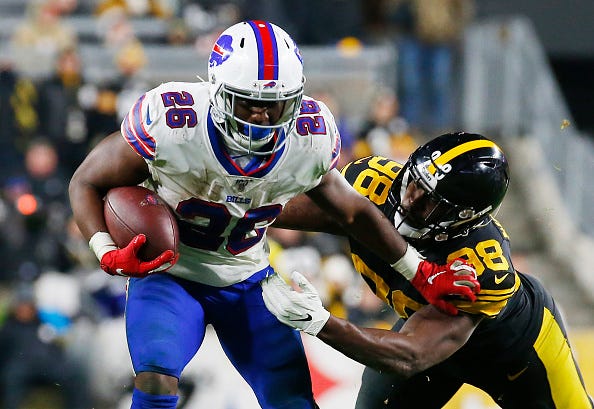 Much like Sanders in Philadelphia, Singletary was used sparingly early in his rookie season before putting together a strong second half that he and the Bills will count on carrying over into the 2020 season.

Singletary averaged 5.13 yards per carry on 151 rushing attempts and he will most definitely see more touches this year despite the additions of TJ Yeldon and rookie Zach Moss. At 5-foot-7, there is certain Darren Sproles look to his game, but Sproles never rushed for 775 yards in a season. Singletary’s size won’t stop him from being a workhorse back and 2020 could have big things in store for him and the Bills.