The Chicago Bears have employed some of the greatest players in NFL history, with Walter Payton, Gale Sayers, Mike Ditka, Dick Butkus, Mike Singletary and Brian Urlacher among them.

With that said, the Bears have had an especially difficult time finding competent quarterback play during their history, which has created a revolving door at the position, as evidenced by what's transpired with Mitchell Trubisky and Nick Foles in 2020.

While the Bears are one of the most storied franchises in the sport, we're willing to bet that you forgot that these five notable players (including one quarterback) had stints with the team in the not-so-distant past: 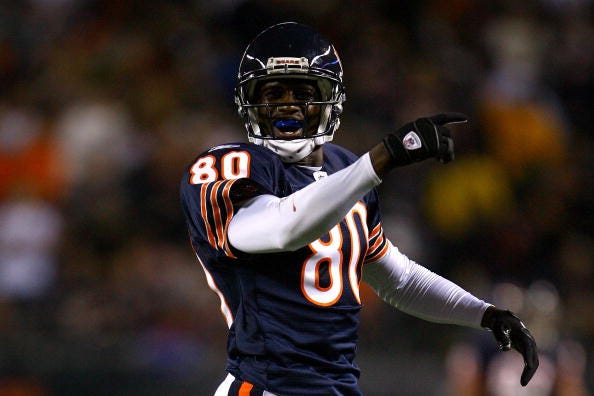 Lloyd racked up nearly 6,000 receiving yards in an NFL career that spanned more than a decade. Heck, Lloyd even led the NFL with 1,448 receiving yards in 2010 while playing for the Denver Broncos. However, two seasons prior, Lloyd landed with the Bears and didn't have the same type of success. Despite a 124-yard performance in Week 3 of the 2008 season, Lloyd finished the season with just 26 receptions for 364 yards. A former star at Illinois, Lloyd's return to the state didn't pan out how he may have hoped. 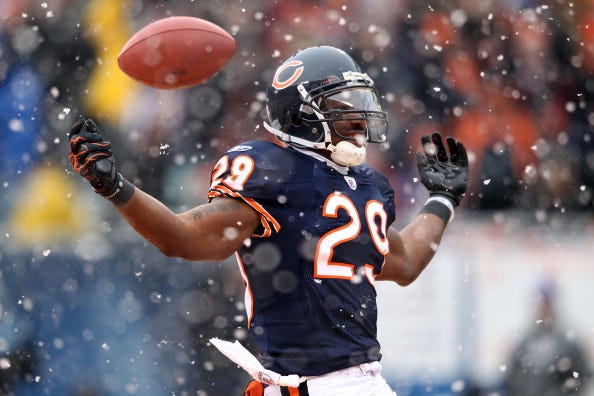 Taylor ran for 1,216 yards in 2006, only for the Minnesota Vikings to draft Adrian Peterson, who would immediately turn into an all-time great, in the first round of the 2007 NFL Draft. Taylor would remain a productive No. 2 option to Peterson over the next three seasons, which led to the Bears signing him to a four-year/$12.5 million deal. In hindsight, signing a running back to a four-year deal ahead of his age-31 season probably wasn't a wise decision. Taylor averaged just 2.4 yards per carry in 2010, and was released before the start of the 2011 season. 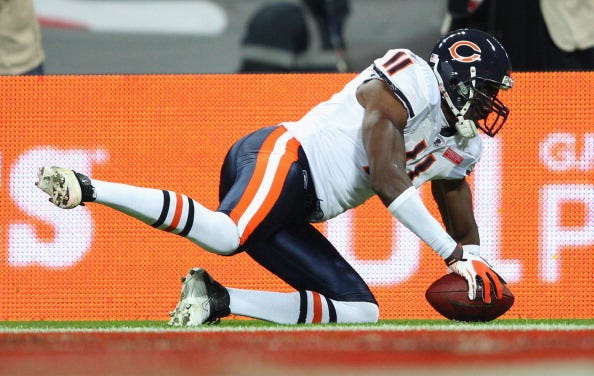 Not to be confused with the defensive back of the same name, Williams was one of the many collegiate star wide receivers that the Detroit Lions used high draft picks on during the 2000s. In the final season of his rookie contract, Jerry Jones and the Dallas Cowboys made a massive trade to land Williams, sending first, third and sixth-round picks to the Lions. Though Williams was immediately rewarded with a six-year/$54 million deal that guaranteed him $26 million, his time in Dallas was ultimately underwhelming, as he finished parts of three seasons on the team with 1,324 yards, culminating in his release in the summer of 2011. Williams caught on with Bears before the 2011 season, and managed to catch 37 passes for 507 yards. Despite solid production for a player that no longer carried the weight of being a former top pick that was traded for a bounty of picks, 2011 was Williams' final season in the league. 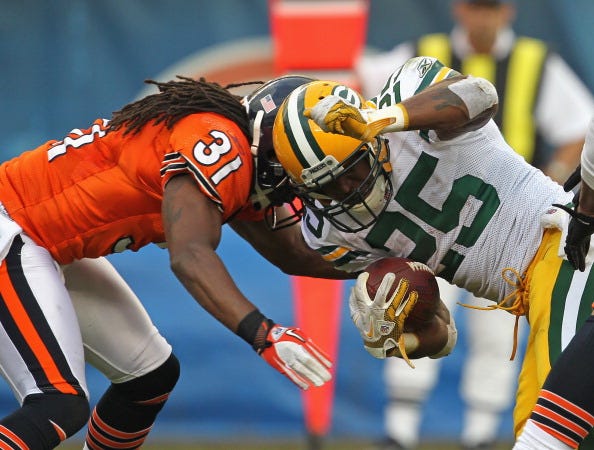 A former first-round pick, Meriweather was a Pro Bowler with the New England Patriots in 2009 and 2010. Still, Meriweather was a surprise cut by the Patriots ahead of the 2011 season, which allowed the Bears to swoop in and sign the hard-hitting safety. In one season with the team, Meriweather forced two fumbles and had 32 combined tackles, which helped him to net a two-year/$6 million deal with The Washington Football Team following the season. Ultimately, Meriweather would spend nine seasons in the NFL, becoming most associated with hits that some (including the league office) felt crossed the line. 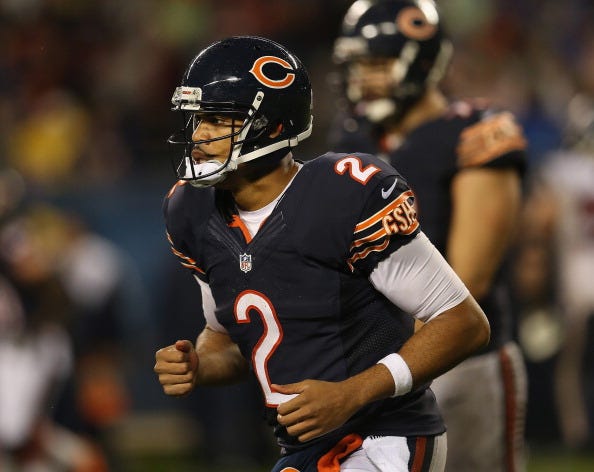 Campbell was a first-round pick of The Washington Football Team in the 2005 NFL Draft, and despite flashing talent from time to time with the team, he was eventually traded to the Oakland Raiders before the 2010 season. After stints with the two least stable organizations in the sport, Campbell came to the Bears in 2012, signing a one-year deal in free agency. Though he served as Jay Cutler's backup, Campbell appeared in six games and got to start one. Campbell tossed two touchdowns and two picks during his time with the Bears, and landed a two-year deal with the Cleveland Browns following the season.