In March of 2015, Chip Kelly gained personnel power with the Philadelphia Eagles, and relatively quickly he traded for former No. 1 overall pick Sam Bradford. In his attempt to solve the quarterback position in Philly, Kelly gave up Nick Foles, a second-round pick and a fourth-round pick, a move that didn't work out especially well for the Eagles.

Then again, Foles was pretty unsuccessful with the Rams as well.

In what turned out to be the final season that the Rams would spend in St. Louis, Foles started 11 games, throwing 10 interceptions and fumbling the ball five times. When Foles was acquired, there was hope that he would become the franchise quarterback for the Rams. Instead, he spent just one year with the team and was released in July of 2016.

Foles' time with the Rams may have been pretty forgettable had it not turned into the crossroads in the career of an eventual Super Bowl MVP. Foles later admitted that he considered retirement after his time with the Rams, but eventually landed with his initial NFL head coach, Andy Reid, in Kansas City. Following a season of backing up Alex Smith, Foles returned to Philadelphia. Just two seasons after burning out in St. Louis, Foles led the Eagles to their first ever Super Bowl title after Carson Wentz went down with a torn ACL in Week 14, ironically against the Rams.

Even if Foles struggled with the Rams, you can't forget about his stint with the team because it became so instrumental in one of the most fascinating careers the sport has ever seen. Still, we're willing to bet that you forgot these five notable players had brief stints with the Rams: 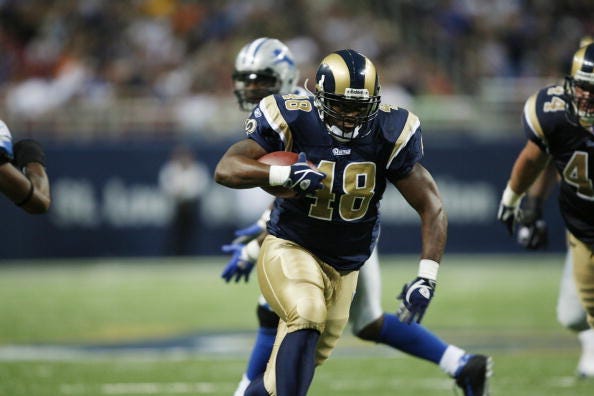 Stephen Davis had a forgettable stint with the Rams. Photo credit (Getty Images)

A three-time Pro Bowler, Davis led the NFL in touchdowns and rushing yards per game in 1999 while playing in Washington. Three seasons later, he rushed for 1,444 yards and eight touchdowns on a Carolina Panthers team that would eventually reach the Super Bowl. For as impressive as Davis' career was, his time in St. Louis was pretty forgettable. Ahead of his age-32 season, Davis joined the Rams. He actually did average 4.4 yards per carry in 2006, but only got 40 carries because Steven Jackson was enjoying a career year that season. Following the 2006 campaign, Davis retired. He finished his 11-year career with 8,052 rushing yards. 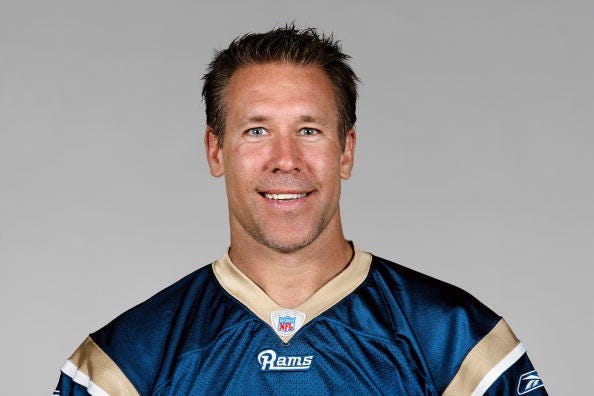 Turk was one of the better punters of his era, making three Pro Bowls as a member of the Washington Football Team, even being selected as an All-Pro in 1996. After a groin injury forced him to miss the entirety of the 2005 season, Turk spent 2006 in St. Louis, averaging 43 1/2 yards per punt. The Rams franchise - in Los Angeles for the first time - had Turk in their training camp in 1994, but never made the team. Had he, the Rams organization could have enjoyed some of the peak seasons of his career. Instead, his one season with the Rams is largely an afterthought. 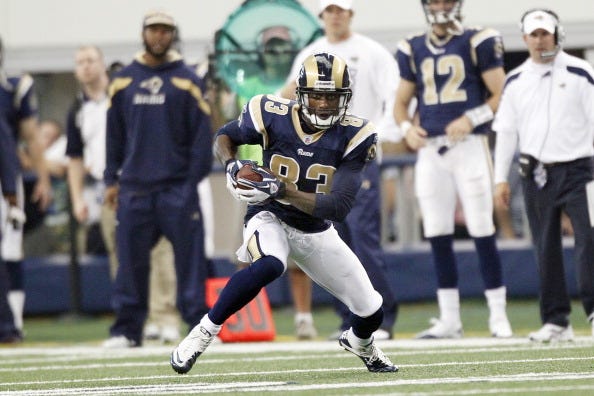 Lloyd led the NFL with 1,448 receiving yards as a member of the Denver Broncos in 2010, but was largely a journeyman. Case and point, a year after posting career-best numbers, the Broncos traded Lloyd in October of 2011 to the Rams. Said trade allowed Lloyd to team up once again with Josh McDaniels, who was St. Louis' offensive coordinator for a season after being fired as Broncos head coach. In 11 games with the Rams, Lloyd caught 51 passes for 683 yards and five touchdowns. Lloyd parlayed his success with the Rams into a three-year/$20 million deal with the New England Patriots, who brought McDaniels back for a second stint as offensive coordinator in 2012. 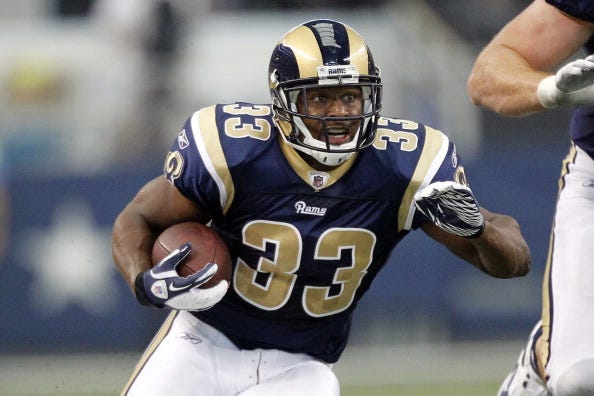 Williams had a tremendous collegiate career at Auburn, which led to him being selected by the Tampa Bay Buccaneers with the No. 5 overall pick in the 2005 NFL Draft. The selection immediately paid dividends for the Bucs, as Williams won the Offensive Rookie of the Year in 2005, rushing for 1,178 yards. Unfortunately for Williams - whose real first name is Carnell - that was the peak of his NFL career. Knee injuries took their toll on Williams, who played in just 56 of a possible 80 games between 2006 and 2010. Williams spent the 2011 season, his final NFL campaign, in St. Louis, rushing for 361 yards on 87 carries. 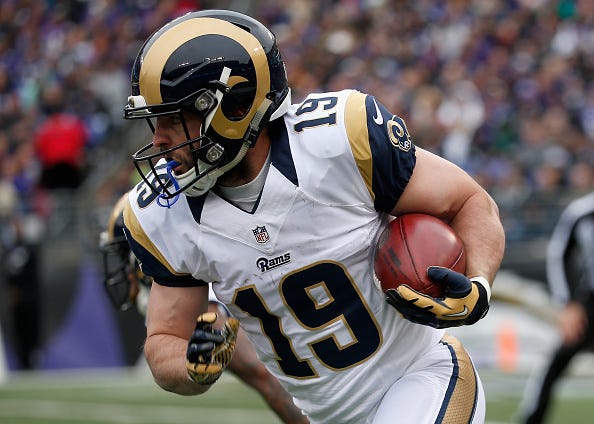 One of the best wide receivers of his era, Welker caught 745 passes for 8,237 yards between 2007 and 2013, time spent with the New England Patriots and Denver Broncos. However, after having either Tom Brady or Peyton Manning throw to him for the bulk of his career, Welker had to wait until November of his age-34 season to get an opportunity. In their final season in St. Louis, the Rams inked Welker to a $1.8 million deal. Welker played in the final eight games of the 2015 season for the Rams, catching 13 passes for 102 yards.