The Tampa Bay Buccaneers were such an intriguing destination for Tom Brady when he became a free agent last offseason was because while they had a hole at the most important position, general manager Jason Licht had largely done an excellent job building the roster in the NFL Draft.

One of the finest picks that Licht has made is that of Chris Godwin, who the Buccaneers selected with the 84th overall pick out of Penn State in 2017. Godwin has been so productive that even if he never plays another game in Tampa Bay, his selection will go down as one of the better ones in franchise history.

In four seasons with the Buccaneers, Godwin has racked up more than 3,500 receiving yards, including a career-high 1,333 yards in 2019, when he finished third in the league in receiving yards.

Godwin wasn't quite as productive in 2020, though he was limited to just 12 games, and was part of arguably the deepest group of pass catchers in the NFL. There's hardly any shame in having 65 receptions for 840 yards when you miss a quarter of the regular season and you're playing with a quarterback that's new to your offensive system.

Considering he'll celebrate just his 25th birthday later this month, Godwin will be one of the most enticing free agents available this offseason. Here's a look at five potential landing spots for him: 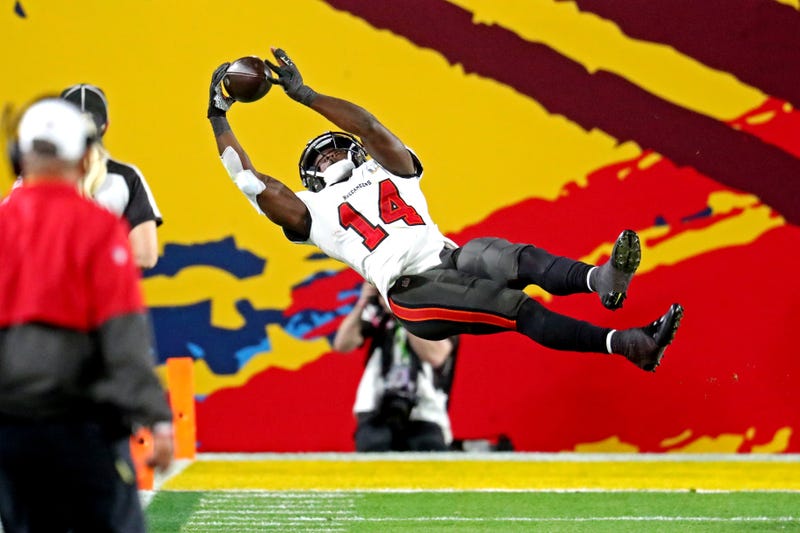 The Buccaneers are saying the right things - they are interested in re-signing Godwin, and even potentially using the franchise tag on him. Tampa Bay has more than $28 million in cap space to play with this offseason, though Mike Evans, Scotty Miller and Tyler Johnson are all under contract. Assuming he's eligible to play, one would think the Buccaneers would be the overwhelming favorites to sign Antonio Brown, who likely will cost much less than Godwin. Rob Gronkowski is a free agent this offseason, while Tom Brady, Vita Vea and Donovan Smith are among those that can become free agents after the 2021 season. It wouldn't be a shock if Godwin returns on the franchise tag, but over the long run, the Bucs might be more inclined to use their resources elsewhere considering how much depth they have at wide receiver. 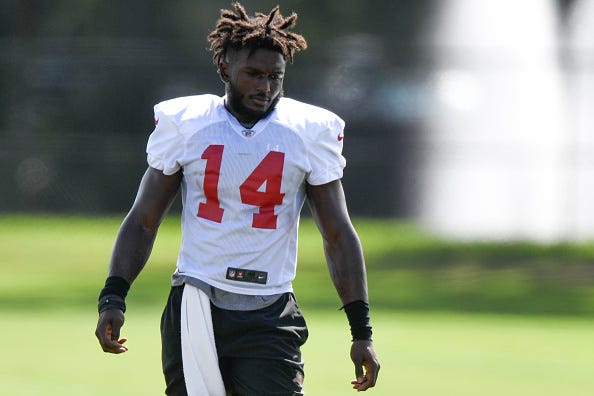 Chris Godwin will be a free agent for the first time in his career. Photo credit (Douglas P. DeFelice/Getty Images)

Regardless of who plays quarterback for them in 2021, the Patriots desperately need to add juice at the wide receiver position. The good news for them is that they have more than $60 million in cap space to play with this offseason, so there's plenty of room to address multiple areas of need. At pick No. 15, the Patriots could very well take a wide receiver, though they've struggled at drafting and developing wideouts recently, and frankly, they need multiple impact additions at the position. Godwin is a sure thing, and would help the Patriots return to contention in Bill Belichick's remaining seasons at the helm. 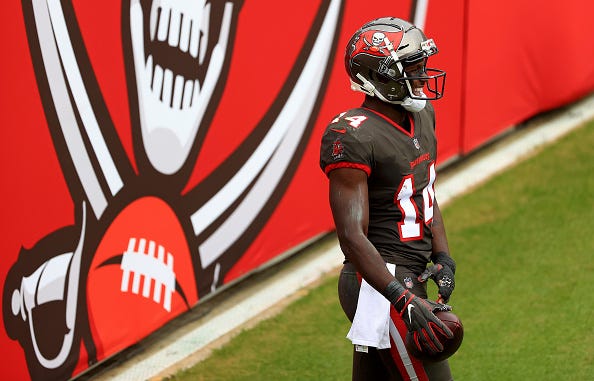 With the No. 3 pick in the NFL Draft, the Dolphins could select Ja'Marr Chase or Devonta Smith, as they attempt to find another top wide receiver to pair across from DeVante Parker. However, in what will be a crucial season for Tua Tagovailoa, the Dolphins may prefer to add another more established option, and general manager Chris Grier has nearly $28 million in cap space this offseason. If they find a wide receiver in free agency, such as Godwin, the Dolphins could considering trading down from the third pick and/or targeting offensive tackle Penei Sewell to further bolster their offensive line. 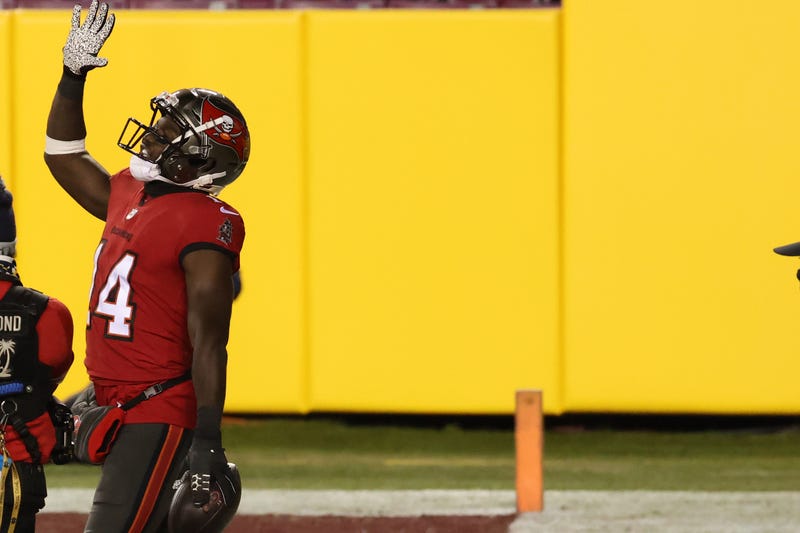 Chris Godwin will be one of the top free agents this offseason. Photo credit (Geoff Burke/USA Today)

A hefty chunk of the $69.2 million in cap space that the Colts have this offseason may ultimately be dedicated to acquiring a veteran quarterback, such as Carson Wentz. Still, the Colts will have plenty of remaining cap space to play with even if they do land an expensive quarterback to replace Philip Rivers, and with the right moves, they could be a legitimate Super Bowl contender in 2021. T.Y. Hilton is still a productive option, but no longer a No. 1 wideout. If you added Godwin to Hilton, Zach Pascal and Michael Pittman Jr., Frank Reich's passing offense would be set up to be an elite unit in 2021. 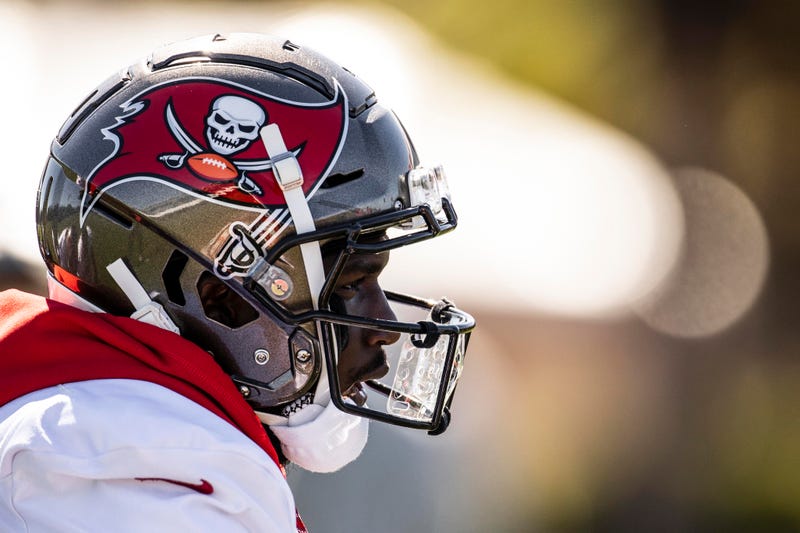 Chris Godwin could be of interest to the Jets. Photo credit (Kyle Zedaker/USA Today)

Add the Jets to the list of AFC East teams who would make sense as landing spots for Godwin. A year ago, they passed on the chance to take Henry Ruggs III, Jerry Jeudy, CeeDee Lamb or Justin Jefferson in the first round, instead opting to address their offensive line with the selection of Mekhi Becton. At pick No. 2, the Jets could take a wide receiver, though our guess is they'll either take a quarterback or move down from that selection. Whether their quarterback in 2021 is Sam Darnold, Justin Fields, Zach Wilson or someone else, wide receiver is a major position of need. Godwin would be an immediate fix, and Joe Douglas' Jets have more than $67 million in cap space to play with this offseason.