Before we get to our Week 2 selections, here's a look at the standings thus far on money line picks from our Audacy Sports central team members:

Ahead of Week 2 of the NFL season, here are our selections on all 16 games on this week's slate: 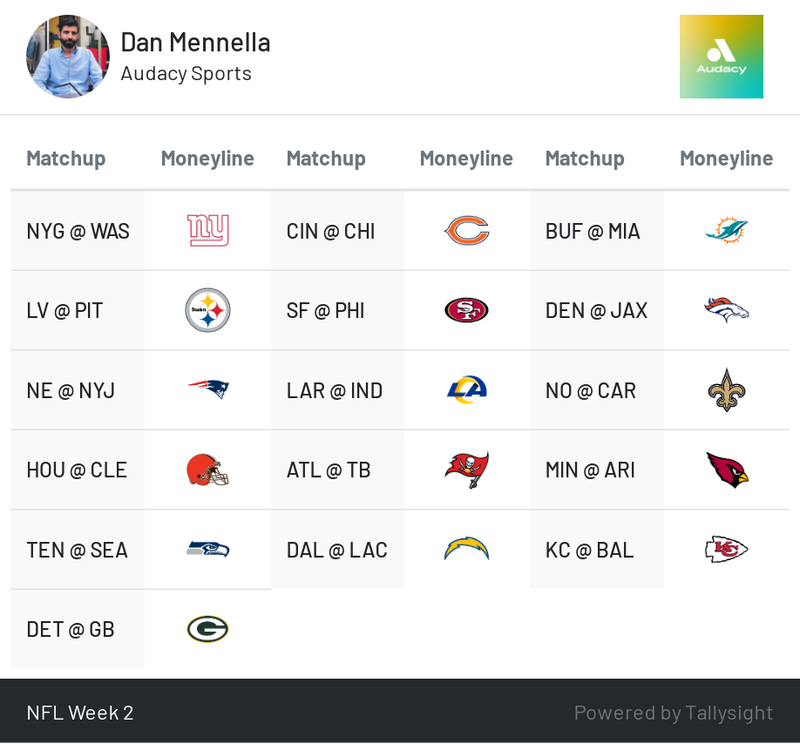 - In Week 1, Dan had the best results of all Audacy staff, correctly picking upset wins by the Cincinnati Bengals and Las Vegas Raiders. 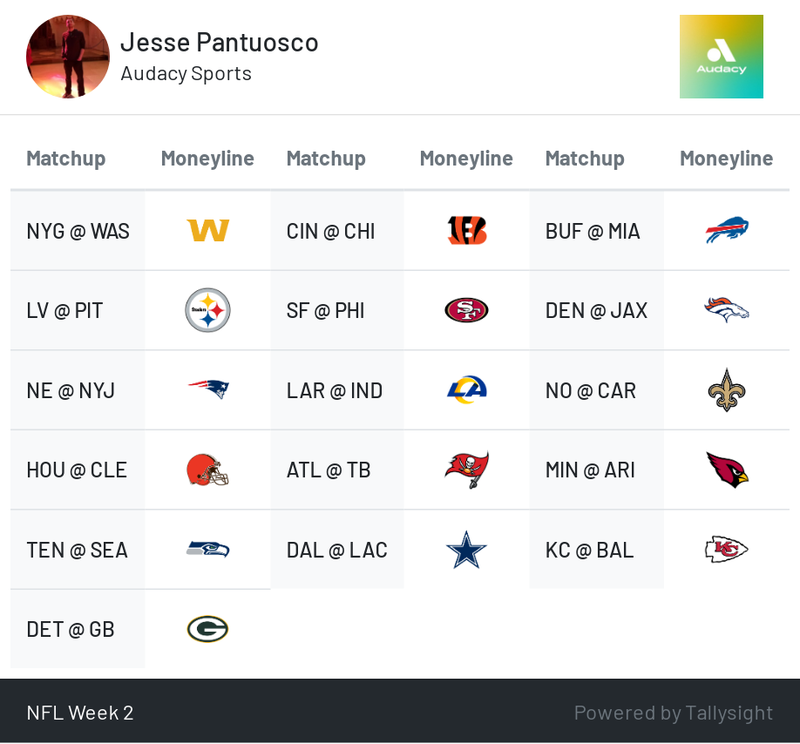 - Last year's champion, Jesse went 9-7 in Week 1, staying above .500 thanks in part to his successful pick of the Miami Dolphins to win in New England. 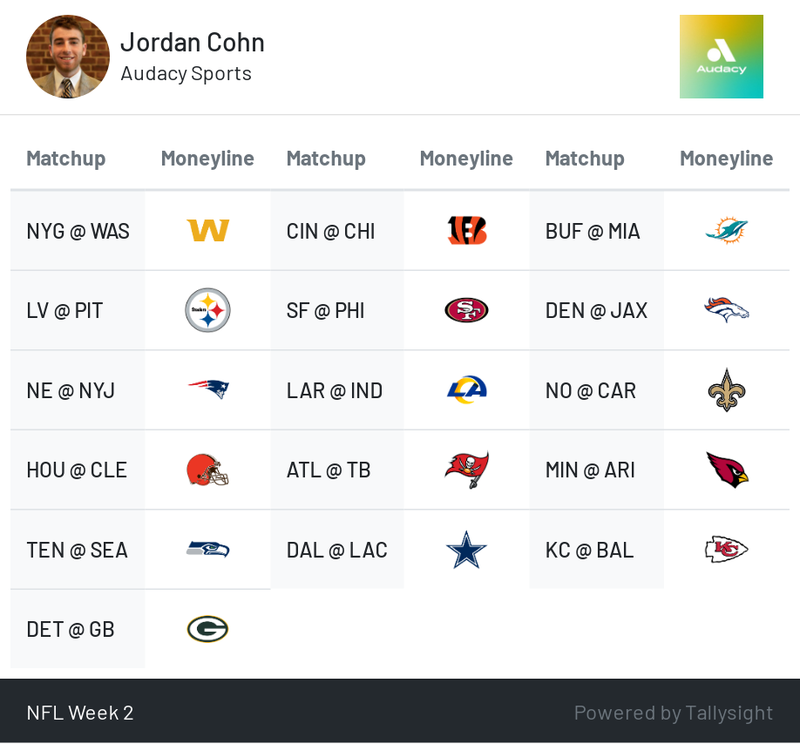 - Jordan started off his 2021 campaign with a 9-7 showing, accurately picking road upsets by the Arizona Cardinals, Philadelphia Eagles and Miami Dolphins. 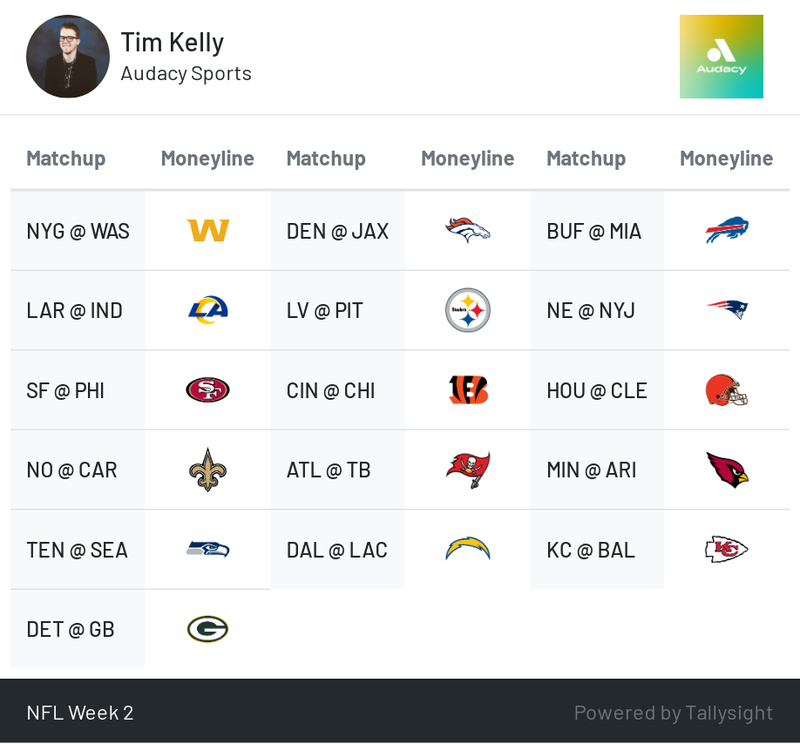 - In Week 1, Tim went 9-7, most notably picking the Dolphins and Raiders to win games where they were underdogs. 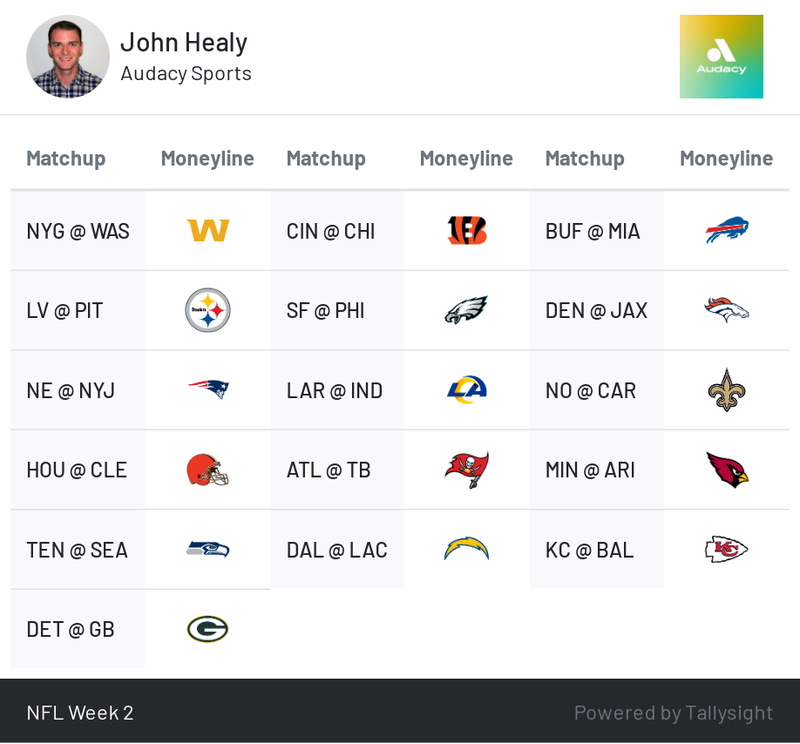 - While John is under .500 after one week, one of his seven wins was predicting that the Arizona Cardinals would go into Tennessee and win.