While the Las Vegas Raiders and Baltimore Ravens enjoy being on a bye, Week 8 of the 2021 NFL season has quite the menu of games.

Before we get to this week's picks, here are the current standings among our Audacy Sports experts.

Without further ado, here are our picks on every game from this week's slate: 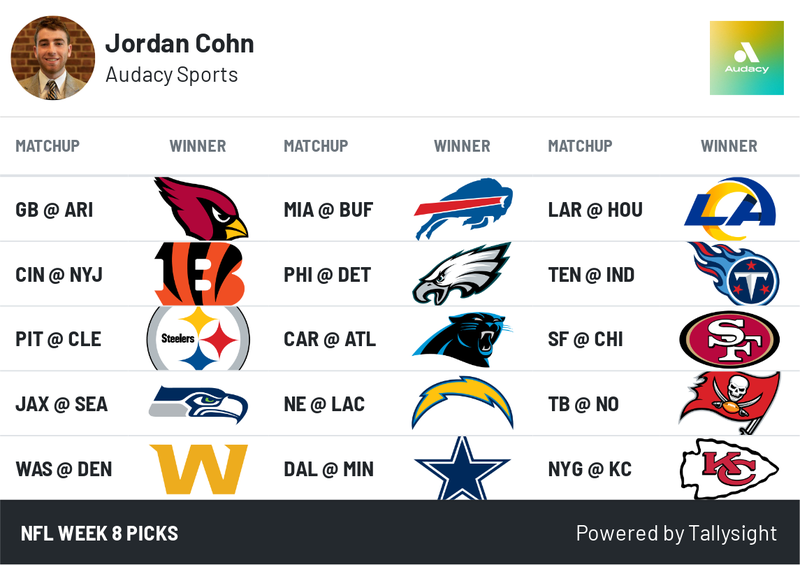 Jordan narrowly held onto first place on the season, correctly predicting that the Colts would win in San Francisco on Sunday Night Football in Week 7. 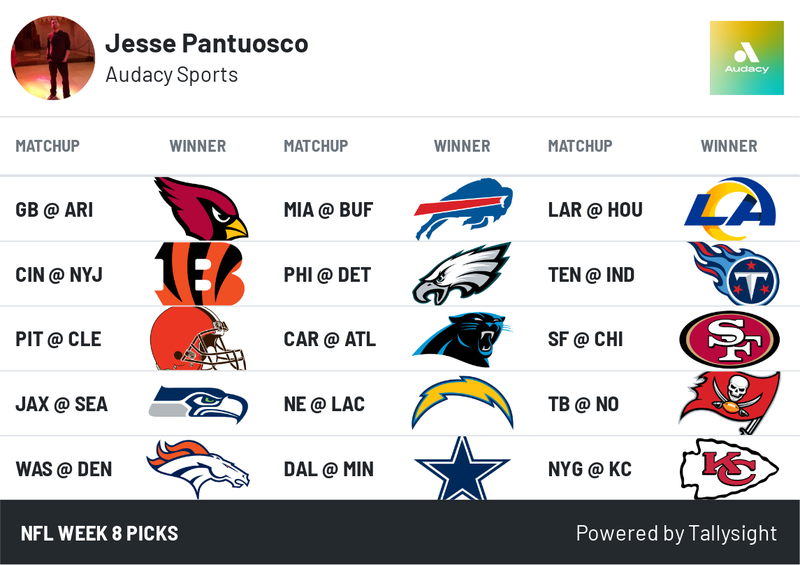 Jesse remained within one game of first place by going 8-5 in Week 7. Remember, Jesse is the reigning champion. 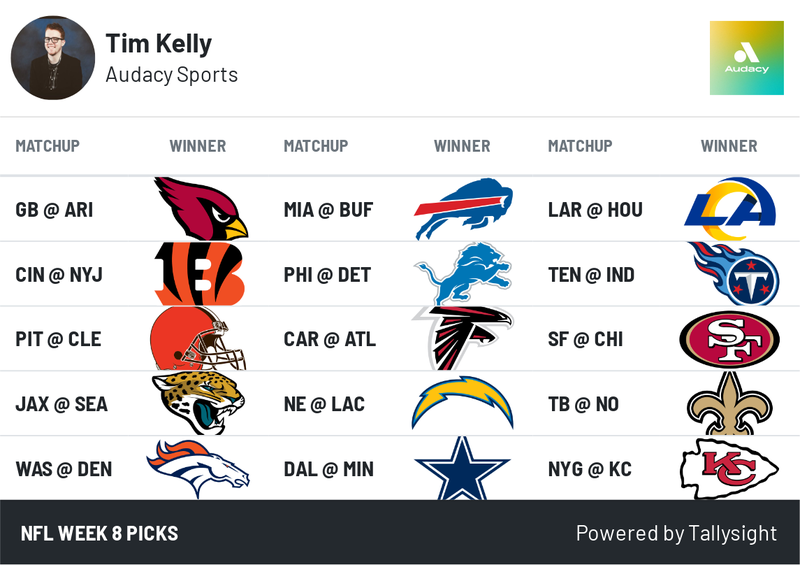 Tim is within striking distance of first place, thanks in part to successfully predicting that the Colts and Saints would earn prime-time victories on the road. 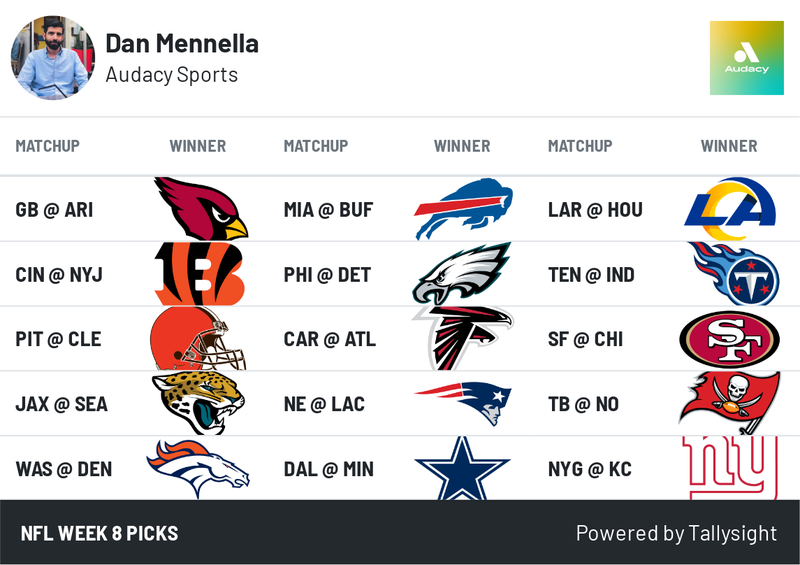 Always willing to go against the grain, Dan was the only member of the Audacy Sports team that forecasted that the Titans would defeat the Chiefs. 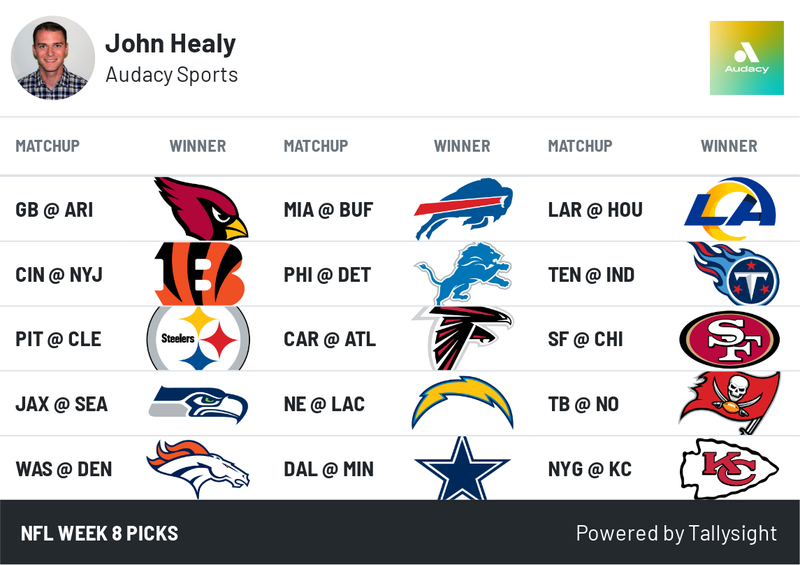 John rebounded from a difficult Week 6 by correctly predicting nine of the 14 games in Week 7, including that the Giants would defeat the Panthers. 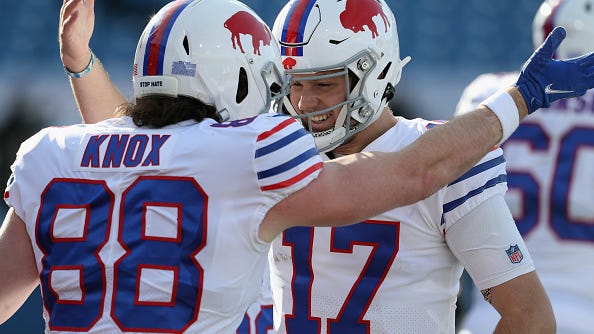 NFL Uniform Schedule: What every team is wearing in Week 8