With Week 1 of the 2020 NFL season in the books, here are RADIO.COM Sports' top waiver-wire pickup suggestions for 10 and 12-team leagues. 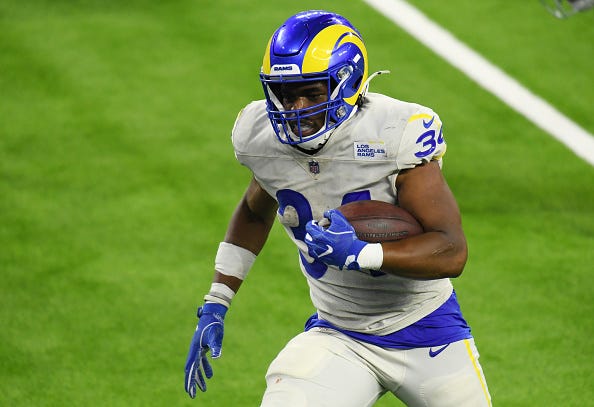 At least in Week 1, it wasn't rookie Cam Akers that got a bulk of the carries made available by the release of Todd Gurley, it was Brown. In addition to scoring two touchdowns, Brown averaged 4.4 yards per carry over 18 carries. What's more, Brown had three catches for 31 yards. Until it's proven that he's not the lead back for the Rams, he should be treated as such. 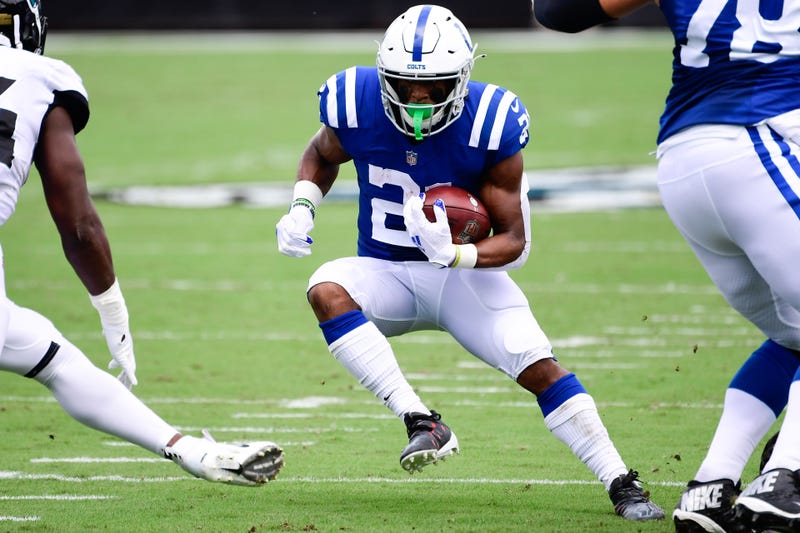 After the Colts used a second-round selection of Jonathan Taylor, the thought was that between him and Marlon Mack, it would be hard to justify rostering Hines, let alone start him unless you were in a league with 14 or more teams. As it turns out, if you drafted Hines or added him before Week 1, that move could be season-defining. Hines had two touchdowns in Week 1, one receiving and one rushing. With Mack now out for the season because of a torn achilles, Hines figures to be owned in nearly every league by the start of Week 2. 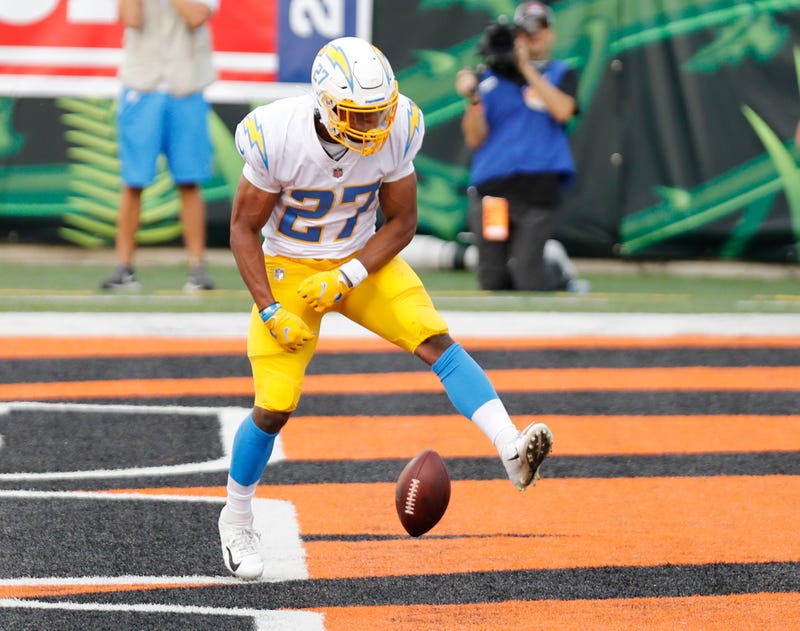 Austin Ekeler is the No. 1 option in the backfield for the Chargers, but despite that, Kelly was very effective in Week 1. Despite being owned in just 11.2 percent of ESPN leagues, Kelley ran for 60 yards on 12 carries, scoring a touchdown in a win over the Cincinnati Bengals. With Tyrod Taylor at quarterback, it's unlikely that the Chargers will try to compete in a shootout with the Kansas City Chiefs in Week 2. Instead, they may try to minimize how frequently Patrick Mahomes touches the ball, which means a chance for a good amount of totes for Kelley. 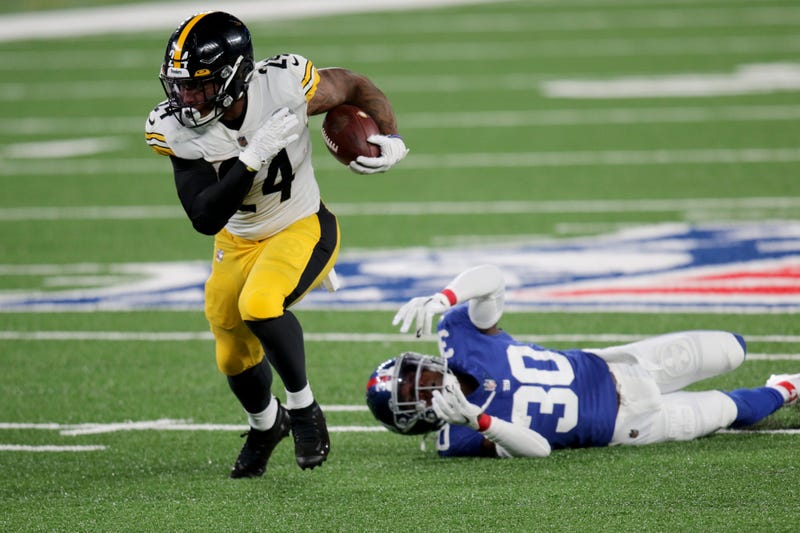 Snell enjoyed one of the surprise breakout efforts of Week 1, tallying 113 yards on 19 carries, good for an average nearly 6 yards per rush. Fourth-year man James Conner was expected to get the lion's share of carries, but the oft-injured Pitt product finished with only nine attempts. All of it suggests Snell's arrow is pointing up, but expectations should be somewhat tempered. Snell was targeted on only one pass to Conner's four, and the matchup against the Giants certainly helped his output. Snell is a nice add if you need depth in the backfield, but with tougher defenses on the horizon and Conner likely to remain in the picture, don't drop anyone too valuable. 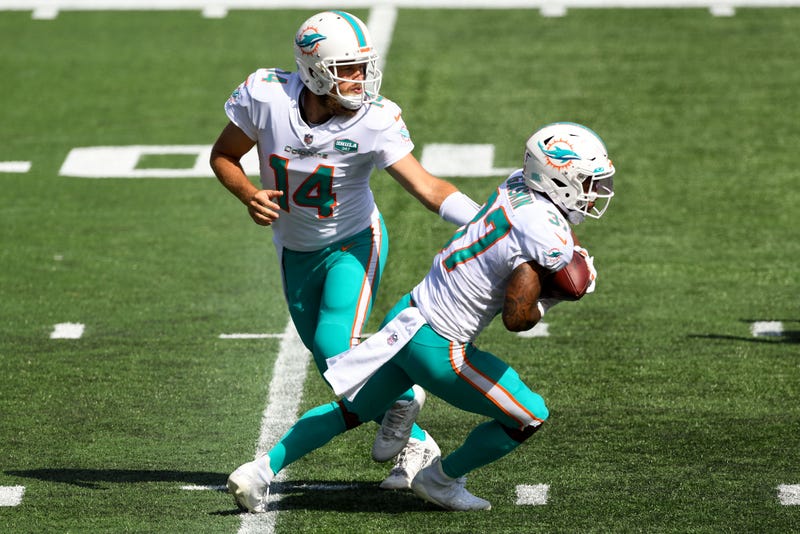 Even after acquiring Jordan Howard and Matt Breida in the offseason, it was the returning back, Gaskin, that led the team with nine carries. Granted, nine carries doesn't exactly qualify you as a workhorse, and with the other two backs in the fold, Gaskin is unlikely to ever push 15-20 carries per game. Still, he averaged 4.4 yards per carry, and after a three-interception performance from Ryan Fitzpatrick in Week 1, one would think Dolphins offensive coordinator Chan Gailey would be inclined to lean on the run a bit more in Week 2. The only real red flag with Gaskin is that two of the Dolphins' next three games are against teams - the Buffalo Bills and Seattle Seahawks - that had elite run defenses last season. 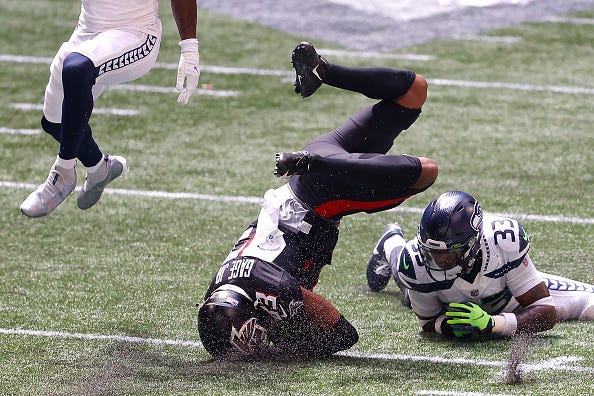 In Week 1, Gage was impressive, hauling in nine passes for 114 yards. This wasn't a case of him picking up the slack in a down game for Julio Jones and Calvin Ridley - both of them had over 130 yards receiving as well. The Falcons won't have three receivers go over 100 yards every week, but seemingly there's enough touches for Gage to be an option at least worth rostering. Gage did take a scary hit in the helmet from new Seattle Seahawk Jamal Adams, but later returned to the game, so by all accounts, he'll be good to go for the Falcons' Week 2 tilt with the Dallas Cowboys. 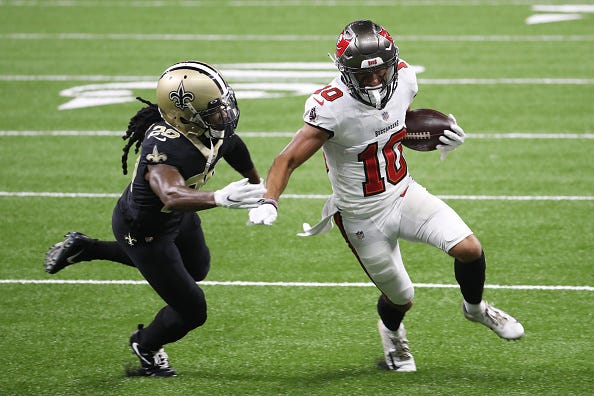 Tom Brady seemed to very much still be working out the kinks with his new teammates, but he and Miller seemed to get on the same page pretty quickly. In a loss to the division-rival New Orleans Saints, Miller caught five passes for 73 yards, with a 37-yard catch highlighting the day for the second-year pro out of Bowling Green. It's possible that as Mike Evans continues to get healthier and Brady has some time to build a rapport with some of his more accomplished wideouts, Miller will have less of a role. However, he showed enough in Week 1 to at least take a flier. 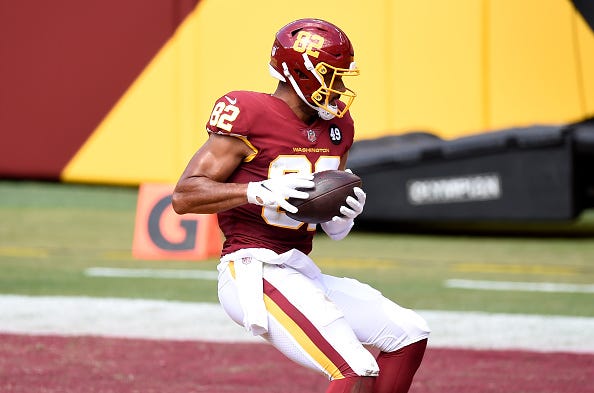 Thomas was rostered in just 0.5 percent of ESPN leagues for Week 1, and was actually in the starting lineup for an even smaller percentage of teams. However, the 0.1 percent of people that did start Thomas got a huge payoff, as he caught four passes for 37 yards and a touchdown. Perhaps even more noteworthy is that Thomas was targeted a team-leading eight times in the Washington Football Team's upset of the Philadelphia Eagles.