The Jacksonville Jaguars may want a mulligan on the four-year/$88 million deal that they inked Nick Foles to last offseason. Unfortunately for them, they're probably stuck with the former Super Bowl MVP for at least another year, especially when you consider how deep the market for quarterbacks is this season, be it in a trade or through free agency.

As you're about to be reminded, we're getting set to enter perhaps the deepest free agent quarterback class in NFL history. Additionally, teams that don't land a quarterback through free agency could draft one, with Joe Burrow, Tua Tagovailoa and Justin Herbert among the quarterbacks that are expected to be taken in the first round of the 2020 NFL Draft. With the trade route potentially closed, the Jaguars' hands may be tied, as the team would have to take on nearly $34 million in dead cap money to release the 31-year-old.

So, one of the strangest NFL careers ever will likely continue with Foles in Jacksonville, backing up Gardner Minshew II. It's not yet clear if Foles will have a chance to beat Minshew II out for the starting job. If he doesn't - or if he were to lose a training camp battle - he's eminently qualified to be a backup quarterback in the NFL. But he'll be a pretty damn expensive one.

Foles is likely to stay in Jacksonville for a second season, but there's expected to be plenty of quarterback movement next week, with the legal tampering window set to open on March 16, two days before free agents can sign with new teams. Here are RADIO.COM Sports' final predictions on where the most notable veteran quarterbacks will end up this offseason, whether it's in free agency or a trade: 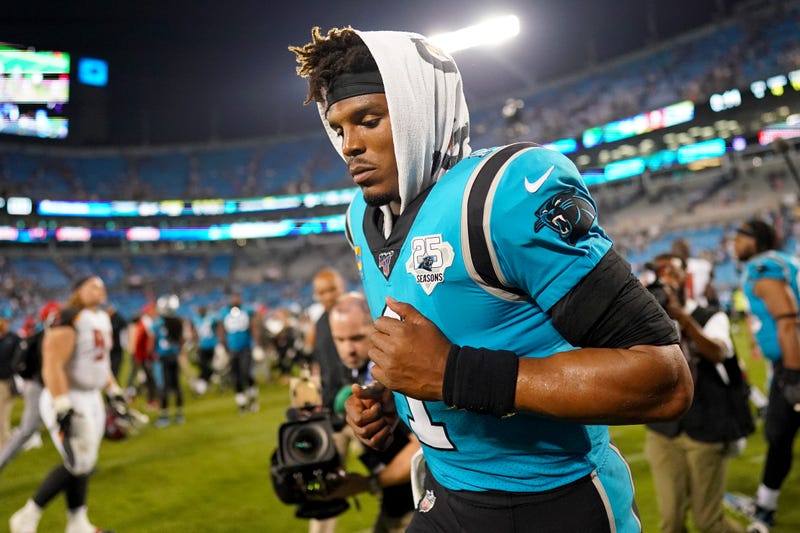 While it remains possible that a team like the Los Angeles Chargers or Las Vegas Raiders turns to Newton in a trade if they are unable to woo Tom Brady, the safest bet is that Newton will stay put for another season in Carolina.

Newton, who was limited to just two games in 2019, had surgery on his left foot in December. He's expected to take - and likely pass - a physical in the coming days. It's unclear how much passing his physical will ease the concerns potential suitors may have about Newton's short and long-term ability to stay on the field. Though he won't turn 31 until March, there's certainly a feeling from some that Newton is old for his age, having taken a beating during his nine seasons in the NFL.

Additionally, Newton is set to make $18.6 million in 2020, a very affordable amount if he's healthy. If traded, though, Newton may want an increase on that salary and additional years tacked onto his current deals. With so many quarterback options, it feels like there's too much that would have to come together in a short period of time for Newton to be moved this offseason. 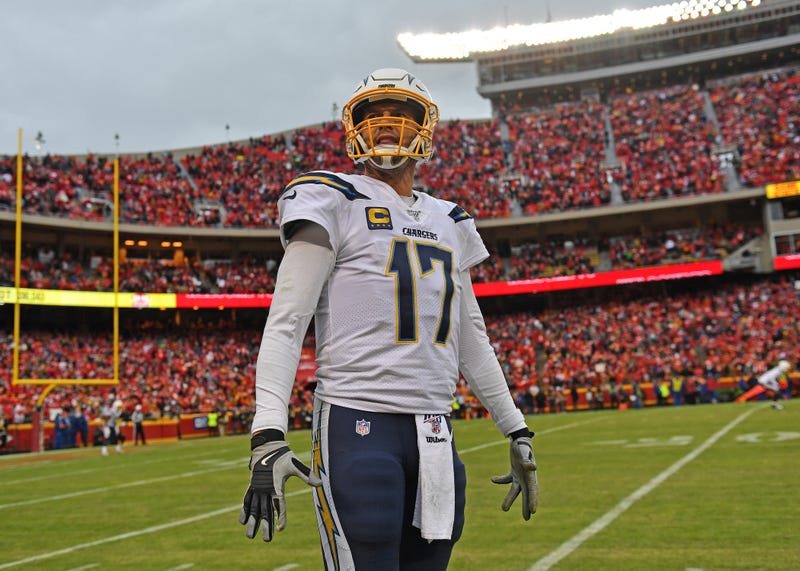 Philip Rivers is a free agent for the first time in his career. Photo credit (Peter Aiken/Getty Images)

Rivers has spent his entire 16-season career with the Chargers' franchise, but the two sides announced last month that they will part ways this offseason.

Still, it doesn't appear that Rivers' career, which is expected to draw Hall of Fame consideration when it concludes, is completed. Instead, it appears that he'll reunite with his former offensive coordinator Frank Reich in Indianapolis. In fact, Albert Breer of Sports Illustrated says Rivers to the Colts is seen as a "fait accompli" in league circles.

It would appear then, that Rivers, at a minimum, would be the favorite to win the Colts' quarterback job in 2020 over Jacoby Brissett, if not the prohibited starter. Rivers struggled with turnovers in 2019, but if he's able to have a bounce-back in his age-39 season, the Colts could be a contender in the AFC. They have a strong offensive line, and are projected to add Henry Ruggs III to a skill-position group that includes T.Y. Hilton in our latest RADIO Sports NFL Mock Draft. 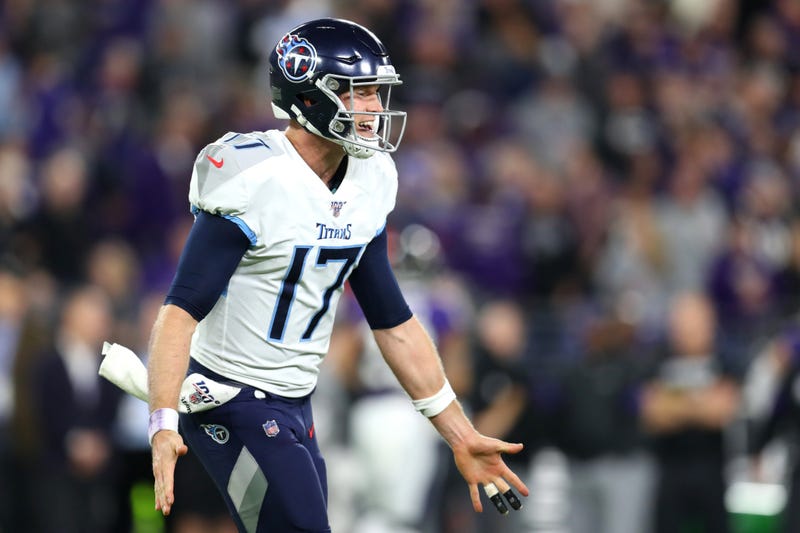 It's still entirely possible that Tannehill winds up back in Tennessee, where he went 7-3 after taking over for Marcus Mariota as the team's starter. While he certainly benefitted from being able to lean on Derrick Henry late in the season and into January, Tannehill did lead the NFL with a 117.5 quarterback rating in 2019.

Still, assuming they retain him in some form, the Titans, because of the nature of the running back position, have a short window to win a Super Bowl with Henry. They owe it to themselves in a market flush with accomplished quarterbacks to at least consider the possibility that they could upgrade over Tannehill, whether it's with Mike Vrabel's former teammate Tom Brady or someone else.

Unfortunately for Tannehill, he's probably not going to get a deal that guarantees him much beyond 2020, especially if the Titans choose to go in another direction. However, while replacing Tom Brady may not be an enviable task, there are worse fates than getting to play for Bill Belichick and Josh McDaniels in a division that's consistently been among the least competitive in the sport. 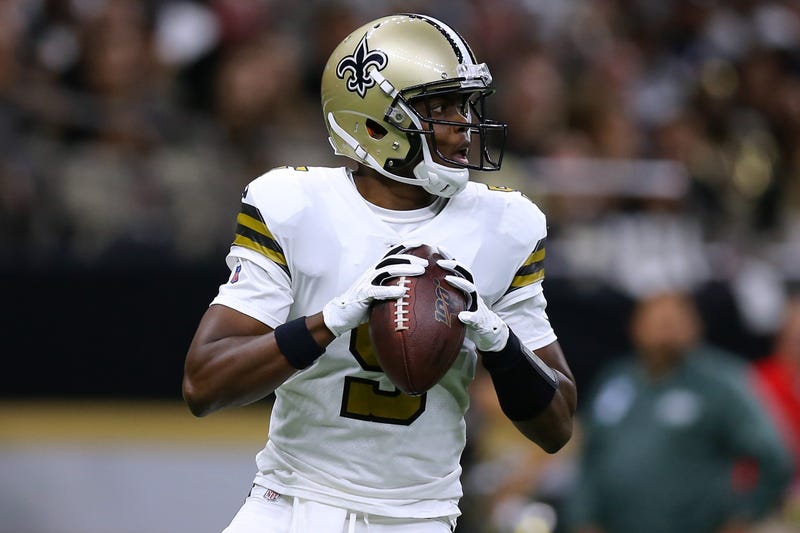 Bridgewater is a free agent in the wrong offseason.

Even after going 5-0 in the absence of Drew Brees, it appears that the Saints plan to move forward with Brees and Taysom Hill, unable to continue to employ Bridgewater in addition to those two. If Brees had retired, the Saints likely would have pivoted to Hill as their starter, but Bridgewater probably could have been able to talk himself into returning, knowing that Hill is largely an unproven commodity as an every-down player. That didn't happen.

It is possible a team like the Tampa Bay Buccaneers pivots to Bridgewater, understanding that his floor his higher than Jameis Winston. However, the guess here is that he'll end up in a situation like Chicago, Las Vegas or Tampa Bay, waiting for the possibility that the incumbent slips up. 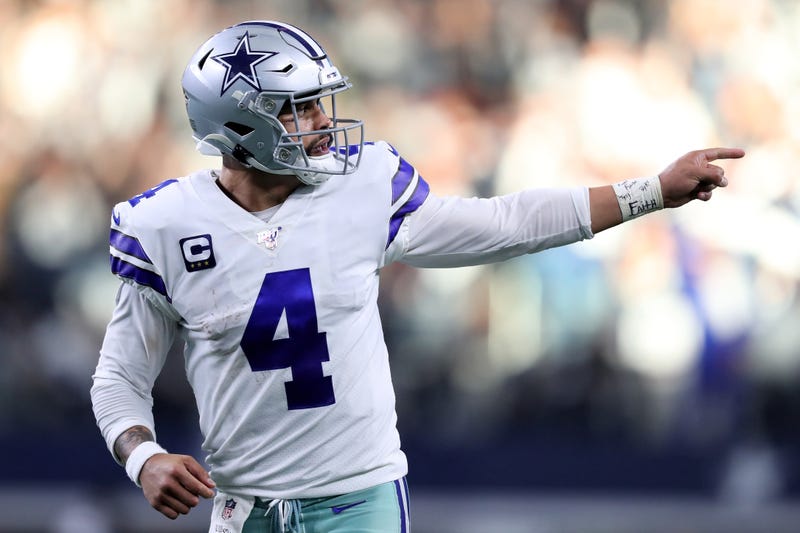 It feels like a near certainty that Prescott will still be employed by the Cowboys at this time next week. Both sides would probably prefer that it's on a long-term deal, rather than the franchise tag.

If push comes to shove, though, the Cowboys will use the franchise tag on Prescott - you can't let an above-average 26-year-old starter reach the open market. If the franchise tag is used on Prescott, though, it can't be used on any of their other accomplished free agents, including his top target, wide receiver Amari Cooper.

It behooves both sides to get a deal done sooner rather than later so that Prescott can begin to get on the same page as new head coach Mike McCarthy. If he's franchise tagged, Prescott can't leave, but he could hold out, and the effects of that would certainly linger into the 2020 season. 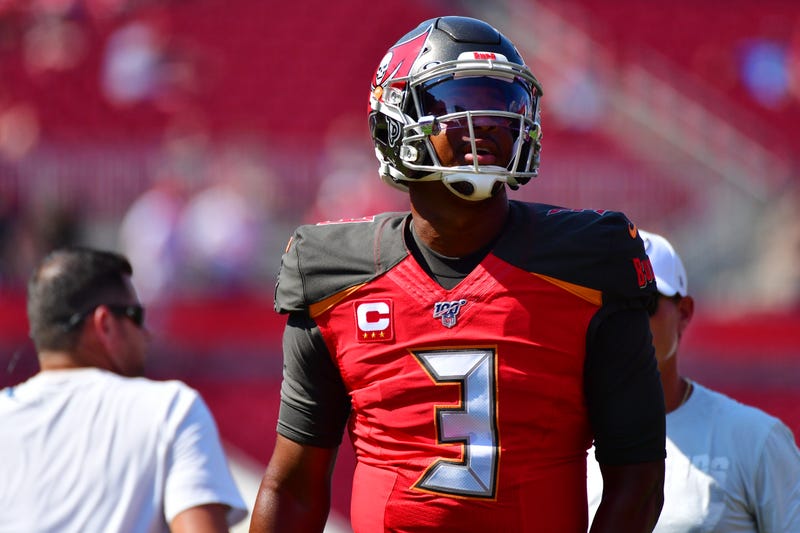 When your head coach ends the season by saying that he believes the team could win with another starting quarterback, it doesn't leave you with much in the way of leverage.

Winston, the No. 1 overall pick in the 2015 NFL Draft, did join the elusive 5,000 passing yards club in 2019, while throwing for 33 touchdowns. The problem is, he also was picked off 30 times and has thrown 88 interceptions in his first five seasons.

It's unclear exactly what arrangement the Buccaneers and Winston will work out for him to return, but the guess here is he does on a deal that doesn't provide much in the way of certainty beyond 2020. The Buccaneers will likely sign or trade for a veteran quarterback that can push Winston as well. The alternative for Winston may be having to be a backup elsewhere in 2020. 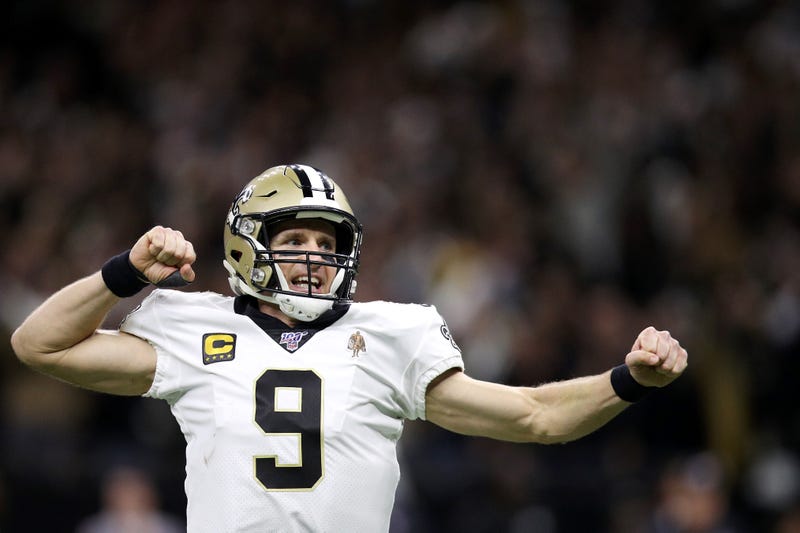 Brees told Greg Hill on WEEI last week that he has no intention of playing anywhere other than New Orleans. So even as free agency looms, it appears to be a matter of how Brees returns to the Saints, not if.

On March 18 - which is the start of free agency and the new league year - Brees' deal for 2020 will automatically void, leaving the Saints with $21.3 million in dead cap money without having actually signed him for the upcoming season. A new deal will likely push that dead money into a future season, especially with the possibility that the team will need to sign restricted free agent Taysom Hill to a new deal looming.

A thumb injury limited Brees to just 11 regular season games in 2019, but he was excellent when he was on the field, tossing 27 touchdowns to just four interceptions and leading the Saints to an 8-3 record. However, after a Wild Card Round exit at the hands of the Minnesota Vikings, Brees, now 41, is still looking for his second Super Bowl title. 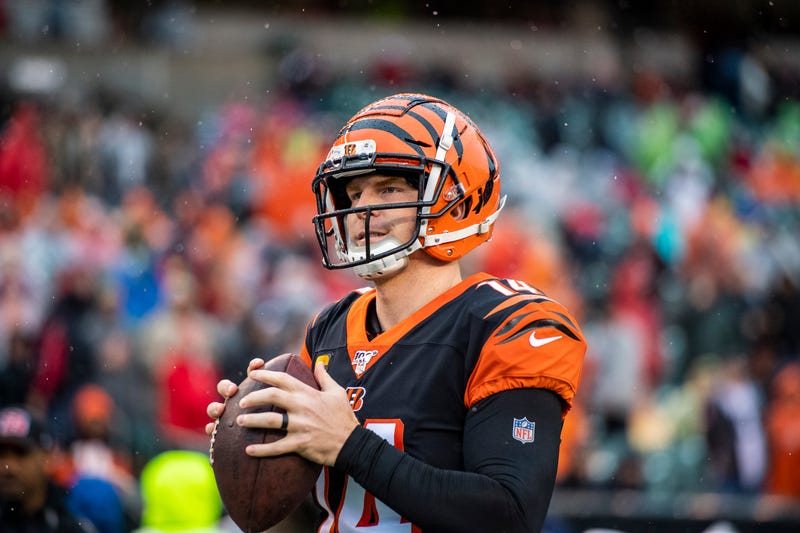 Dalton isn't a sexy option, but the 32-year-old has a winning record and five playoff appearances to show after nine seasons with the Cincinnati Bengals, a franchise that isn't exactly viewed as one of the league's best run operations.

As the Bengals likely prepare to select former LSU quarterback Joe Burrow with the No. 1 overall pick, Dalton's time in the organization seems to be over. While the past few seasons haven't been as fruitful, he's a starter with extended experience that's set to make an affordable $17.5 million in 2020. There will be interest in Dalton on the trade market.

The Las Vegas Raiders make sense as a potential landing spot, as Dalton could push Derek Carr and take over for him if he doesn't play up to the standard that Jon Gruden desires. The Chicago Bears, Tampa Bay Buccaneers and New England Patriots are among the other options that could make sense. 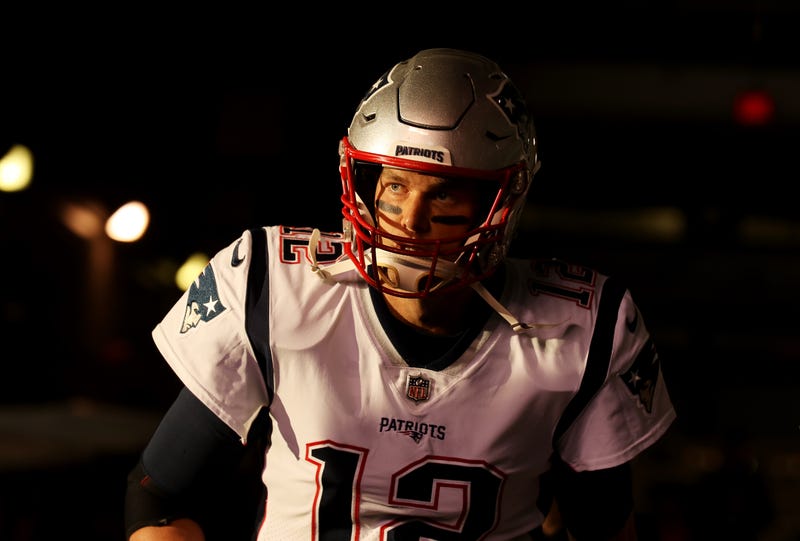 This is far from set in stone right now, but it does feel more likely than not that Brady exits New England in free agency after 20 seasons.

There are appealing parts about the Indianapolis Colts, Los Angeles Chargers, Las Vegas Raiders and Tampa Bay Buccaneers, but the Titans may provide the best mix of a team that's ready to win right now and in a prominent enough location geographically to excite the Brady family. There's a legitimate case to be made that Brady would have a better chance to win his seventh Super Bowl title in 2020 if he played for the Titans than the Patriots.

The most interesting potential looming suitor is the San Francisco 49ers. But for whatever shortcomings Jimmy Garoppolo may have, it's hard to erase how impressive he was in the team's 48-46 win in New Orleans. The 49ers would be a dream landing spot for Brady, who grew up as a 49ers fan. However, it's hard to tell how much of a short-term upgrade he would be over his former Patriots' teammate Garoppolo at this stage, and considering Brady is 15 years older, there's just too much risk for the 49ers.