Have you gotten sick of #BradyWatch yet?

We're not quite there, but for those of you that would like a resolution to Tom Brady's future, we shouldn't be far from getting one as the NFL legal tampering period is set to begin on March 16.

While signing Brady, who will turn 43 in August, wouldn't preclude a team from using their first-round pick on a quarterback, the guess here is that whatever team ultimately signs Brady is going to instead spend their first-round pick(s) on building a contending team around him, not finding his successor. Suffice it to say, if Brady lands with the Los Angeles Chargers or Las Vegas Raiders, for example, it would have a domino effect on the entire 2020 NFL Draft.

Without a resolution to Brady's future - or even a clear front-runner - here's our latest RADIO.COM NFL Mock Draft: 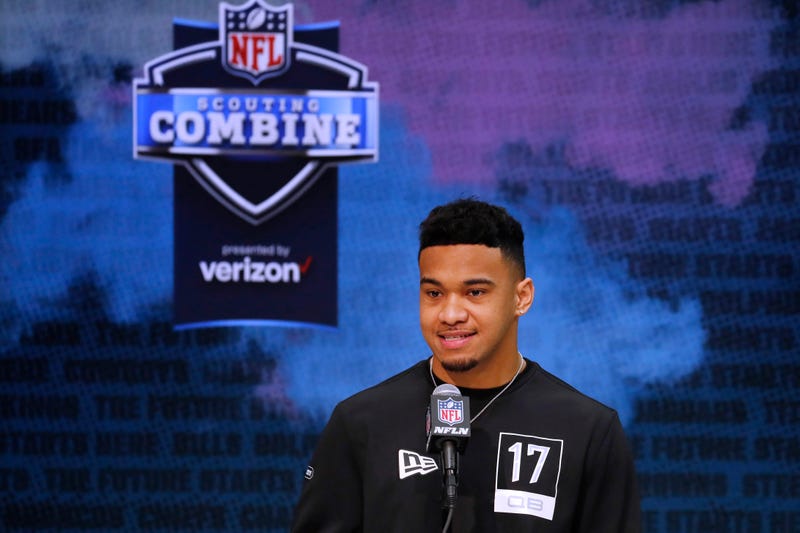 Dolphins Trade Up for Tua Tagovailoa

Even without being able to physically participate in the NFL Combine, Tua Tagovailoa was one of the big winners in Indianapolis, as he got "overwhelmingly positive" reviews on the recovery of the hip that he dislocated and had surgery on in November, per Ian Rapoport of NFL Network. Rapoport added Monday that Tagovailoa's four-month scans on his hip looked "very good with no concerns." Tagovailoa's college injury history - which also featured two ankle surgeries - is part of this debate, but so is the fact that he threw 87 touchdowns to just 11 picks during his career at Alabama. For a Dolphins organization that hasn't had a franchise quarterback since the 1990s and got burned by an unwillingness to take a risk on questionable medical reports on Drew Brees ahead of the 2006 season, he's worth the risk. 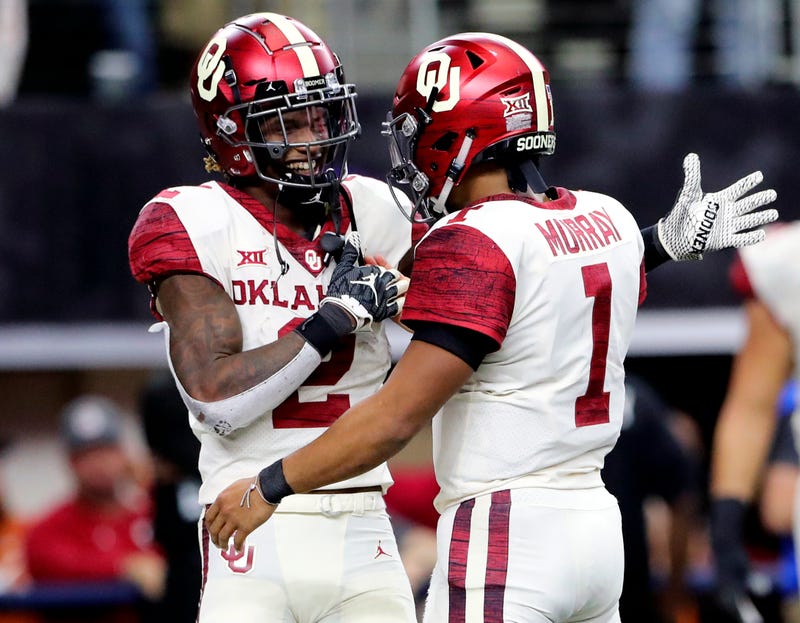 The Cardinals need to upgrade the offensive line in front of Kyler Murray and what was an abysmal secondary in 2019. Unless Jeff Okudah slips, this probably isn't the place to fix the secondary. It would be very reasonable, however, for the Cardinals to select someone like combine star Tristan Wirfs, who they would envision becoming a stalwart on the offensive line. That acknowledged, the idea of reuniting Murray with his college teammate CeeDee Lamb may be too good to pass up. If the Cardinals select a wide receiver with the No. 8 pick, it would create a sense of urgency for other wide receiver-needy teams, like Jon Gruden's Las Vegas Raiders, to move up a few spots to assure they land one of the tier-1 wideouts. 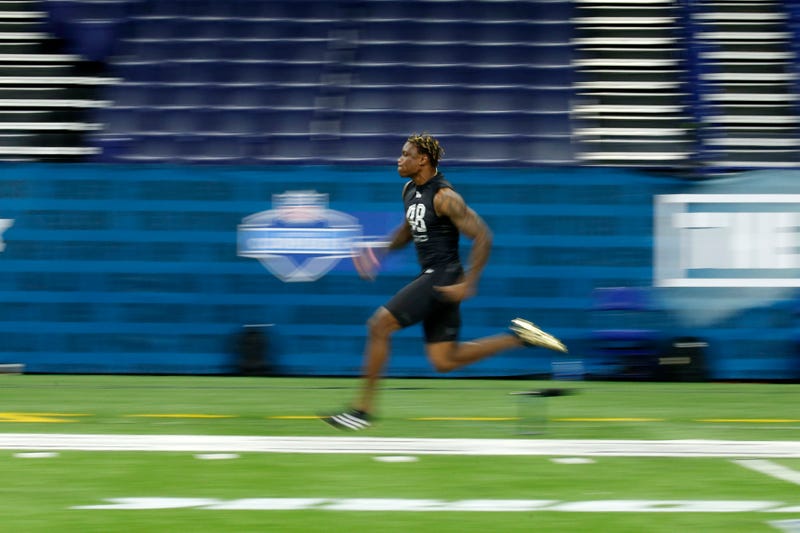 Though his NFL combine-best 4.27 40-yard dash time isn't enough to catapult him over his college teammate Jerry Jeudy in our latest mock, former Alabama star Henry Ruggs III has moved up two picks since our pre-combine mock. Whether it's Jacoby Brissett, Philip Rivers or someone else, can you imagine having an elite offensive line, Marlon Mack and the duo of Ruggs III and T.Y. Hilton at your disposal? 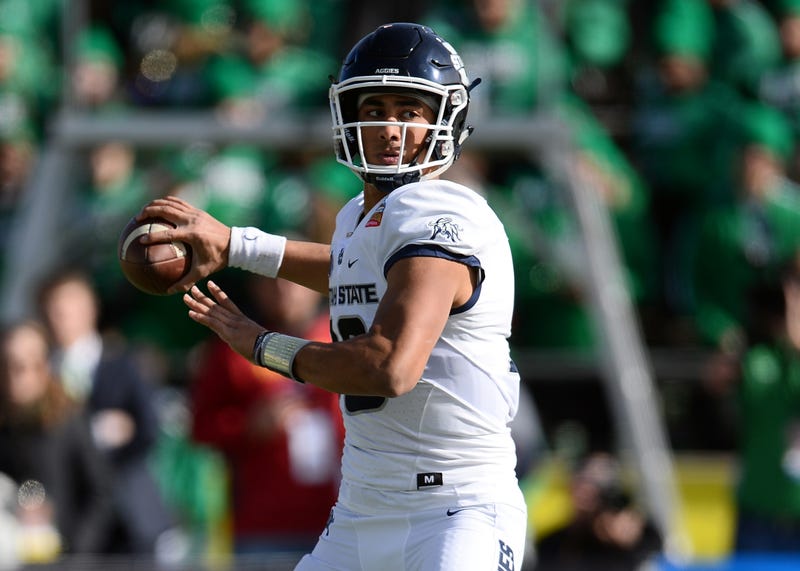 We've previously examined the possibility of the Raiders trading back into the first round to select former Utah quarterback. It's now less clear that Love will still be on the board in the final few picks of the first round. Despite a disappointing junior season that saw him throw 17 interceptions, Joe Marino of The Draft Network says that Love has "the ceiling of a potential dynamic NFL starting quarterback." The Raiders will need such a piece to compete in a division with Patrick Mahomes, Drew Lock and potentially a first-round pick in Los Angeles. If they aren't able to woo Tom Brady to Las Vegas, having Love sit behind Carr for another season - and assuring you get a fifth-year option on his rookie deal - wouldn't be a bad fall-back plan. 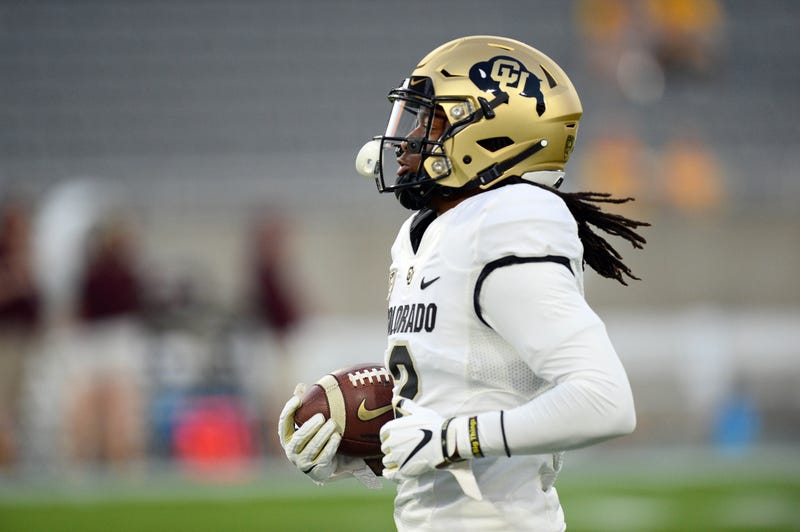 Despite participating in the NFL Combine, former Colorado wide receiver Laviska Shenault Jr. is set to underwent surgery to fix a core muscle injury last week. It's a rather standard surgery in the football world, but it's part of a larger trend of consistently dealing with injuries. That may be enough to turn off the Philadelphia Eagles, who saw their receiving corps get devastated by injuries in 2019. If he slides by the Buffalo Bills at pick No. 22 - which is exactly what happens in this mock - it's scary to think about what a healthy version of Shenault Jr. could do in Sean Payton's offense in New Orleans. For as dominant of a season as Offensive Player of the Year Michael Thomas had in 2019, the Saints weren't especially deep behind him. Though there's risk in taking a player that's struggled with injuries, Shenault Jr. feels like the exact type of prospect that Payton could turn into a star at the NFL level. 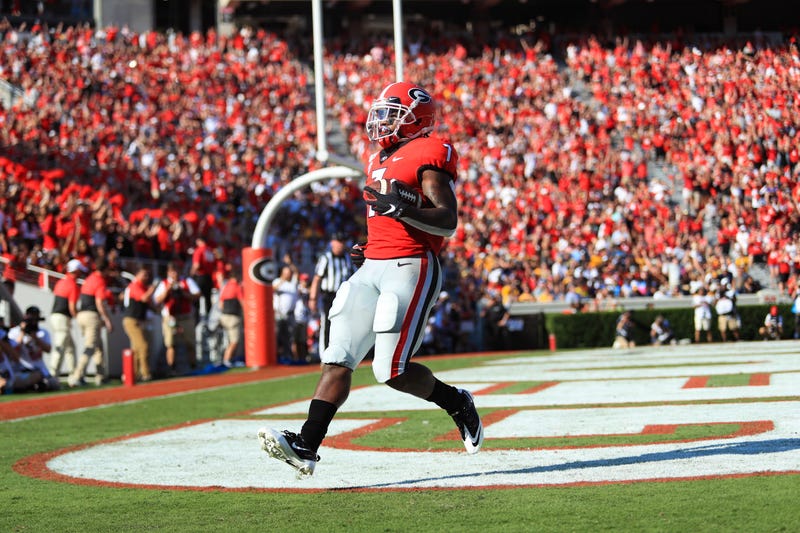 D'Andre Swift is one of the top running back prospects in the 2020 NFL Draft. Photo credit (Carmen Mandato/Getty Images)

It feels like we say this every year, but the Tampa Bay Buccaneers, who went 7-9 in 2019, have a chance to quickly become one of the league's elite teams in 2020. They need to improve their secondary, but had the No. 1 ranked rush defense in the NFL this past season. Mike Evans and Chris Godwin, neither of whom played all 16 games, both had over 1,000 receiving yards in their first year in Bruce Arians' offense. It goes without saying, but they desperately need to limit turnovers from the quarterback position in 2020, whether that means an improvement from Jameis Winston or signing a veteran like Tom Brady or Teddy Bridgewater. One way to take pressure off of the quarterback is to pair him with a running back like D'Andre Swift, one that Joe Marino of The Draft Network notes can thrive as a rusher, pass protector and receiver.