If Super Bowl week felt strange without Tom Brady and the New England Patriots, you may want to begin to get used to the idea of Bill Belichick's squad not playing in three out of every four Super Bowls.

On March 17, Brady's contract for 2020 will automatically void, leaving the Patriots with $13.5 million in dead cap money and without the ability to franchise tag the three-time league MVP. Brady, widely considered to be the most accomplished player in the history of the sport, can become a free agent for the first time in his career.

Even if Brady does return to New England for a 21st season, there are legitimate questions about the team around him. While the Patriots managed to still go 12-4 and win the AFC East in 2019, they did so with possibly the weakest group of skill-position players that Brady has ever had. That made it relatively unsurprising when the Tennessee Titans upset them in the Wild Card Round, and leaves you with reservations about the team's ability to potentially re-tool this offseason in an effective enough manner to build a Super Bowl team for Brady's age-43 season. 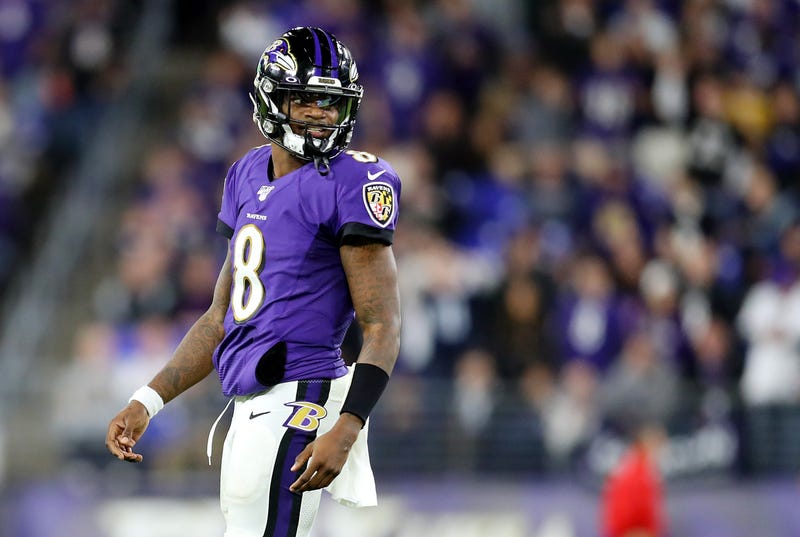 Even with a disappointing playoff exit to the Tennessee Titans accounted for, Lamar Jackson still led the Ravens to a 14-2 record and the No. 1 seed in the AFC in his first full season as a starter, a season that culminated in him winning the NFL MVP.

It's hard not to have the Ravens on this list.

If Jackson is able to consistently to stay healthy playing his physical style of football and develop more as a passer, the Ravens are going to be a Super Bowl contender for the next decade.

Jackson broke Michael Vick's record for most rushing yards in an individual season, running for 1,206 yards and seven touchdowns. His ability to take off had obvious benefits for Mark Ingram II and Gus Edwards, who were part of the league's No. 1 rushing attack.

Through the air, Jackson, in his age-22 season, racked up 3,127 passing yards and led the NFL with 36 touchdown passes. In his second NFL season, Mark Andrews began to emerge as one of the league's elite tight ends, totaling 852 receiving yards and 10 touchdowns. Marquise "Hollywood" Brown also demonstrated an ability to become one of the league's most explosive home-run hitting wide receivers in his rookie year as well.

All of this leaves out the fact that the Ravens, despite losing quite a few defensive starters from 2018, still finished with the No. 4 ranked defensive unit in 2019. John Harbaugh will return a complete team in 2020, one with a chance to erase a disappointing end to what was at times a magical season. 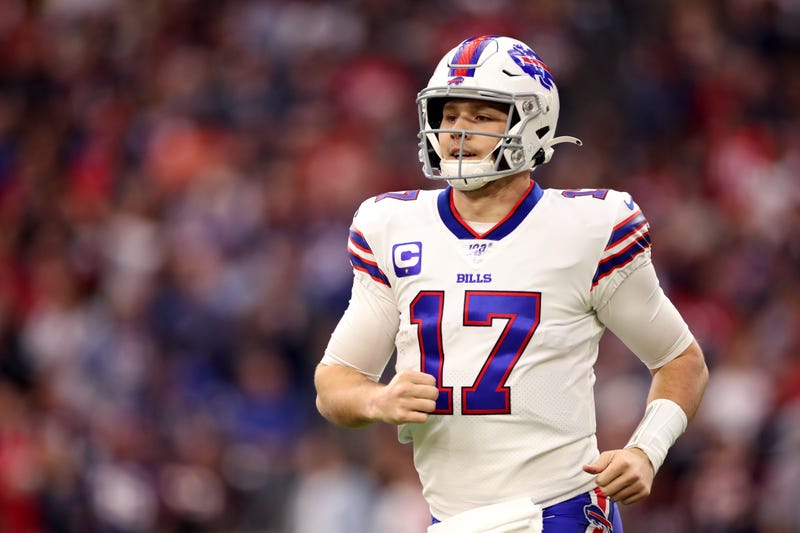 Certainly, the Bills are the biggest wild card on this list. A year from now, their inclusion on this list could seem laughable. Or, it could seem like there was a crystal ball at the RADIO.COM Sports offices.

The Bills rode the third-ranked defense in the NFL to a 10-6 regular season record and a 16-0 third quarter lead over the Houston Texans in the AFC Wild Card Round, a lead they would ultimately cough up in a crushing 22-19 loss.

Throughout the second half of the Bills' season, though, you got the feeling that if the Bills open things up with Josh Allen in his third year, he has a chance to lead them to more than just their first postseason win since the Clinton administration.

However, head coach Sean McDermott has a defensive background, and with an elite defensive unit, you got the sense at times in the 2019 season that he was very comfortable winning games 20-17, as opposed to trying to step on teams throats and blow them out. (The Bills only scored 30 or more points twice in the 2019 season, in their two wins against the Miami Dolphins.) That style can allow you to be a competitive team, but it has a ceiling that probably isn't anywhere near a parade float.

The Bills, though, are building an impressive offensive nucleus. Allen, a 2018 first-round pick, is entering his third season. Running back Devin Singletary averaged 5.1 yards-per-carry in his rookie season. John Brown and Cole Beasley are the start of what could be an impressive wide receiving corps, should the Bills add a legitimate game-changer this offseason, be it through a trade, free agency or a draft.

Again, perhaps this is an over-projection of what the Bills could be next season. But with Brady potentially out of the AFC East, the window may be opening up in Buffalo for the first time in two plus decades. 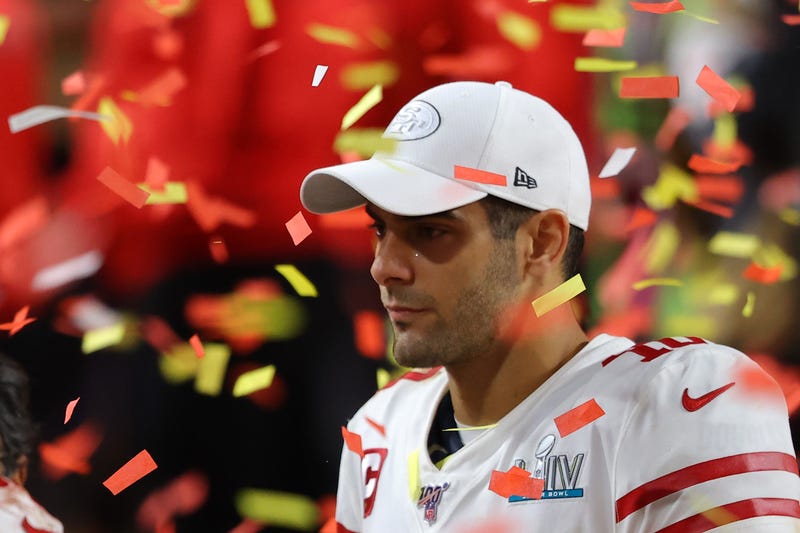 Had Jimmy Garoppolo connected with Emmanuel Sanders on third-and-10 in the fourth quarter, the 49ers may have won their record-tying sixth Super Bowl.

Instead, Kyle Shanahan and Richard Sherman again found themselves on the wrong end of a fourth quarter collapse on the sport's biggest stage.

All that said, the 49ers had the most complete roster in the NFL in 2019, and that figures likely to be the same in 2020, even with Emmanuel Sanders, Arik Armstead and Jimmie Ward set to become free agents.

Perhaps this is prisoner of the moment, but with Garoppolo, Shanahan and an elite defense that's pretty young, the 49ers are set up to be one of the most consistent Super Bowl contenders of the next five years. 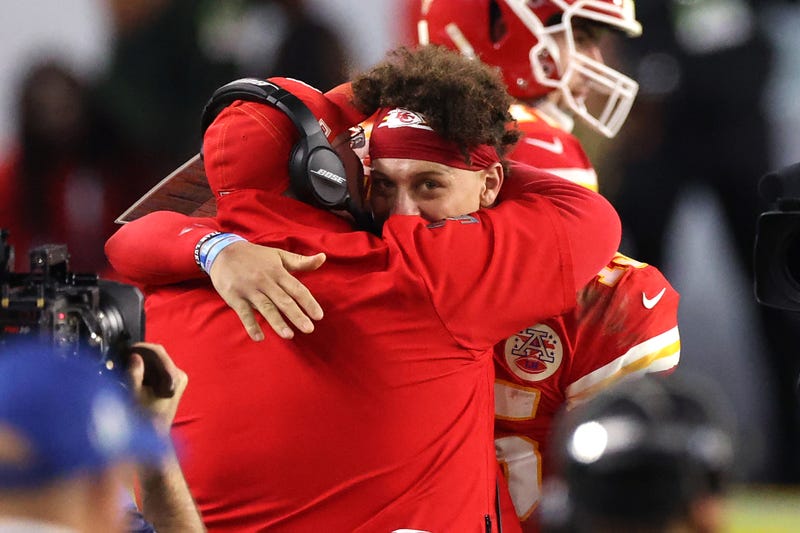 As long as you have Patrick Mahomes, there's a good chance you're going to be a Super Bowl contender. Imagine, though, if the Chiefs are able to add a legitimate running back this offseason to an already explosive offensive that includes Mahomes, Tyreek Hill, Travis Kelce and Mecole Hardman.

That's exactly what we projected in the latest RADIO.COM NFL Mock Draft, which sees the Chiefs land Wisconsin running back Jonathan Taylor. In three seasons at Wisconsin, Taylor rushed for 6,174 yards and 50 touchdowns. The 21-year-old would have to continue to develop as a receiver to function in Andy Reid's offense, but pairing him in the backfield with Damien Williams would be a case of the Chiefs offense getting even richer, which almost doesn't feel fair.

While Steve Spagnuolo's defense rounded into shape down the stretch of the regular season, the Chiefs could stand to add help to their secondary. It's seems probable, though, most of the top cornerbacks in the draft will be off the board before the No. 32 pick.

In any event, as the returning Super Bowl Champions, who will bring back the game's best quarterback and a head coach headed to Canton, the Chiefs will likely be the favorites to win next year's game. 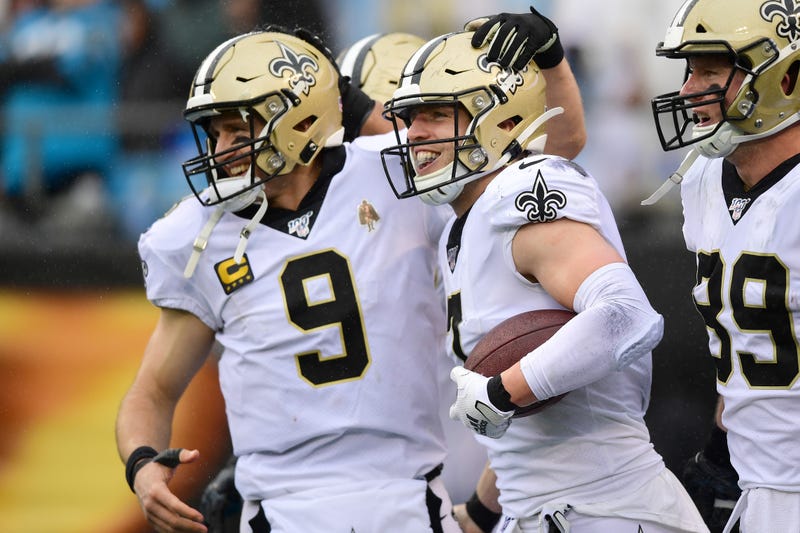 It's unclear who will be the Saints' starting quarterback in 2020. Photo credit (Jacob Kupferman/Getty Images)

We don't yet know who will be the Saints' starting quarterback in 2020, but there's quite a bit to like about any of the three potential options.

Future Hall of Famer Drew Brees is mulling his future, but the 41-year-old tossed 27 touchdowns and led the Saints to an 8-3 record in the 11 games he started in 2019. He's going to become a free agent next month, though there's no indication he's going to seriously consider playing for another team than the Saints, who he has spent the past 14 seasons with.

Teddy Bridgewater can also become a free agent, and he'll be an intriguing one after leading the Saints to a 5-0 record in Brees' absence in 2019. Of the three quarterbacks on the Saints' 2019 roster, he may be the most likely to exit this offseason, but that's far from a certainty.

And then there's Taysom Hill. Call him a jack-of-all-trades, Swiss Army knife or the next Steve Young, the bottom line is he's an excellent player. If Brees chooses to retire, you wonder if Sean Payton wouldn't be prepared to hand the keys to Hill, who will turn 30 next August.

Whoever plays quarterback for the Saints next season, they'll get to throw to Michael Thomas, the record-setting wide receiver who won the 2019 Offensive Player of the Year Award. They'll get to hand the ball to Alvin Kamara. There's a lot to like about the chances for Payton's team to succeed in 2020.