The College Football Playoff National Championship between LSU and Clemson is sure to feature plenty of future NFL stars, with many expected to enter the 2020 NFL Draft.

For these players, the national championship at the Mercedes-Benz Superdome on Jan. 13 will be their last chance to put on game tape for NFL scouts to analyze and evaluate.

With so much future NFL talent on the field, it will also be a good barometer for how these prospects stack up against the best of the best. Here are the future first-rounders to watch for on Monday night: 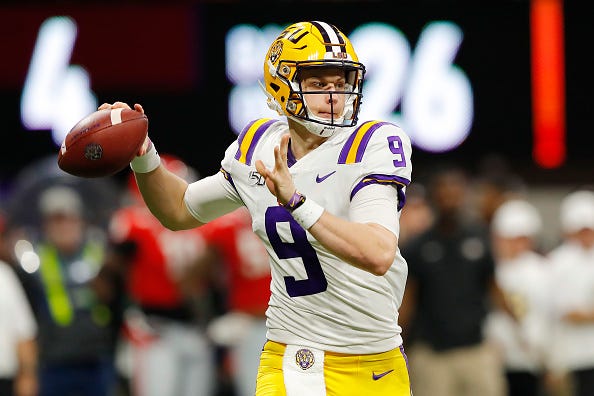 We all know how great of a season Burrow has had, winning the Heisman Trophy in a landslide. The LSU quarterback is regarded as the No. 1 pick, or top quarterback off the board, in the 2020 NFL Draft after entering the season projected as a fifth-round pick. The only thing missing to cap Burrow’s breakout season and unprecedented rise to stardom is a national championship to go with it. 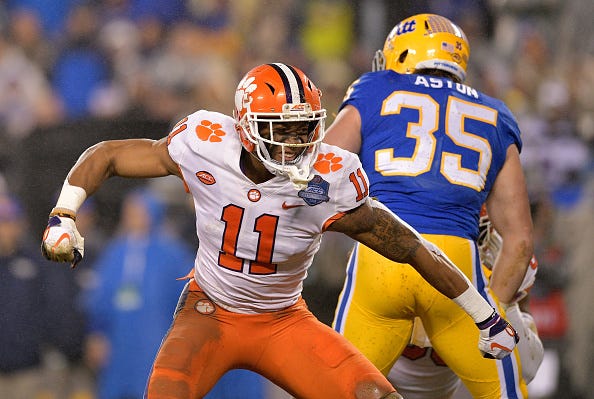 Simmons may be the heart and soul of Clemson’s defense. The 6-4, 230-pound linebacker has proven to be one of the most versatile draft prospects in the 2020 class. He finished the 2019 regular season with 93 tackles (56 solo) six sacks, a forced fumble, two interceptions and six passes defended when dropping back into coverage. Once a three-star recruit struggling to get a scholarship, Simmons is projected as a top-10 draft pick. He should prove to be a tough matchup for LSU's high-powered offense. 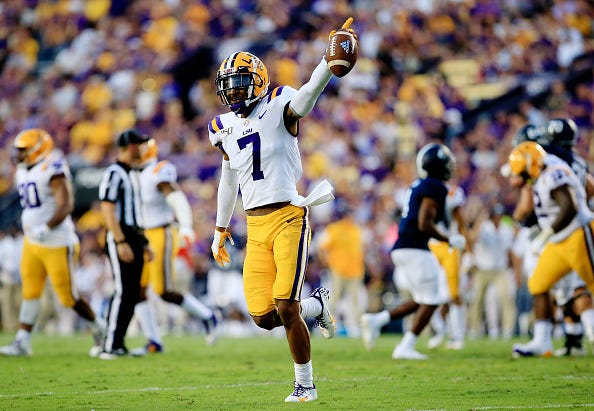 Delpit has established himself as the best safety in the 2020 draft class this season, winning the 2019 Thorpe Award, which is given to the nation’s top defensive back. He finished the regular season with 56 tackles (32 solo), two interceptions, a sack and six passes defended, although had inconsistent play at times. Standing at 6-3, 203 pounds, Delpit is bigger than most NFL defensive backs and is being mocked as a top-15 pick. 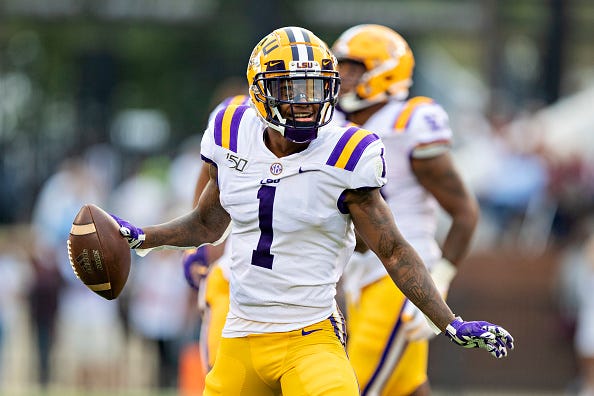 Fulton committed to LSU in 2016 as the nation’s No. 1 cornerback recruit and is considered by many as the next best corner in the draft behind Ohio State’s Jeff Okudah. The 6-foot, 200-pound senior has 31 tackles, 12 passes defended and an interception this regular season in a loaded LSU secondary. Fulton will have his hands full against Clemson while he and the rest of the secondary will try to contain Tee Higgins. 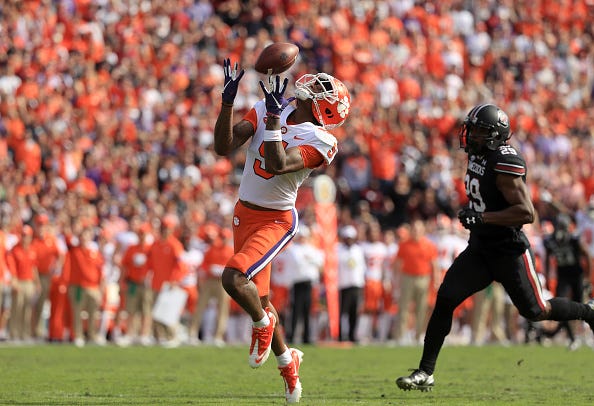 Some scouts and draft experts believe Higgins could still climb into the conversation the No. 1 wideout on the draft board. The 6-4, 215-pound junior has been an integral part of Clemson’s offense. He finished the regular season with 52 catches for 1,082 yards and 13 TDs. He averaged 19.4 yards per reception against top 25 teams and had his best performance in the ACC Championship game, hauling nine receptions for 182 yards and three TDs. He will be going up against some other potential first-round picks in the LSU secondary. 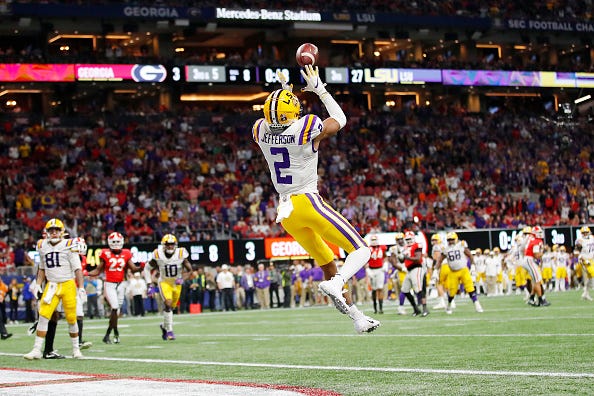 Joe Burrow’s Heisman Trophy-winning season has also been a boon for wideout Justin Jefferson. The 6-foot-3, 192-pound junior has gone from a mid-round pick who may not even declare for the draft, to a potential first-rounder as one of Burrow’s favorite targets. He led LSU with 88 catches and accumulated 1,207 yards — averaging 13.5 yards per reception against top 25 teams this year. 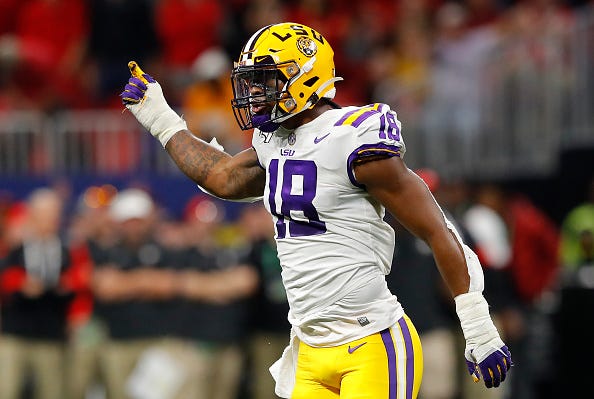 Chaisson is more of a borderline first-round pick, but an impressive performance in the College Football Playoff will only raise his draft profile. After missing his sophomore season with an ACL tear, Chaisson’s 4.5 sacks are second-most on the Tigers, and he has shown the athleticism to be able to drop back into pass coverage, including two passes defended.