At RADIO.COM Sports, we set out late last month to create a countdown of the top 32 quarterbacks for the 2020 NFL season. 32 became 33 when the New England Patriots signed former NFL MVP Cam Newton after the first week of the countdown.

Without any hiccups since then, here's what we have so far: 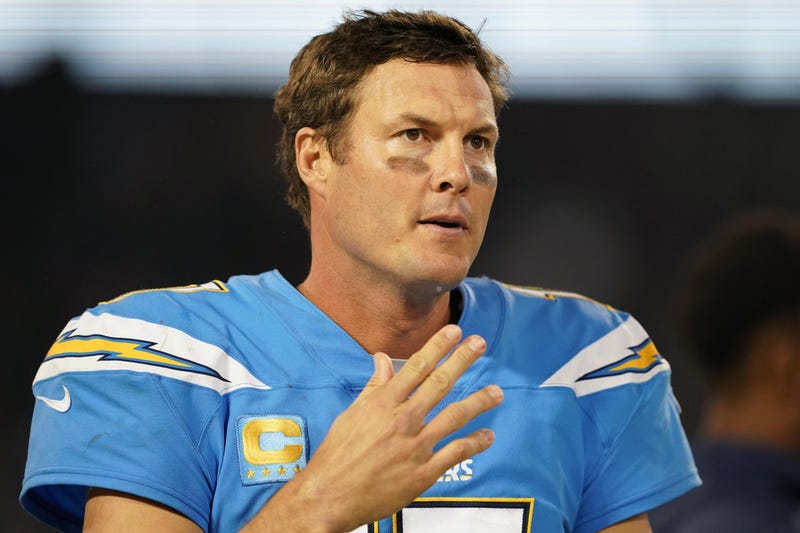 If Rivers has anything left to give, it will show in 2020. Following a disappointing 2019 season, Rivers and the Chargers parted ways after 16 seasons together. The 38-year-old signed a one-year/$25 million deal with the Colts in free agency, a deal that reunites him with Frank Reich. Not only is Reich one of the better offensive minds in the sport, but the Colts have built arguably the best offensive line in the NFL - affectionally referred to as "The Big Blue Wall" - headlined by Quenton Nelson and Ryan Kelly. As the team hopes for better health from T.Y. Hilton in 2020, they also drafted Michael Pittman Jr. in the second round of the draft. Additionally, former Wisconson running back Jonathan Taylor will join Marlon Mack and Nyheim Hines in what was already an impressive backfield. If Rivers can cut down on the 20 interceptions he posted a season ago, the Colts will be a playoff team. If not, 2020 will likely be the final season of his impressive career. 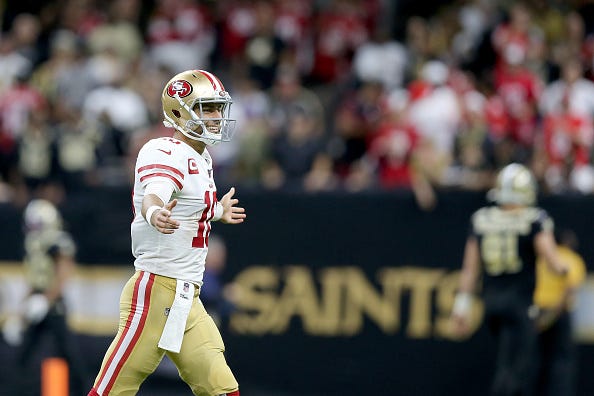 We've had lots of time to stew over Kyle Shanahan using Garoppolo as a game manager in the NFC playoffs, and then Garoppolo failing to to connect with an open Emmanuel Sanders on a fourth-quarter throw that may have allowed the 49ers to win Super Bowl LIV. That's one side of things. The other side is that Garoppolo threw for 349 yards and four touchdowns in New Orleans last December, leading the 49ers to a 48-46 win in arguably the best game of the regular season. Is Garoppolo's ceiling playing like a top-five quarterback consistently? Probably not. However, 2019 was really his first full season starting, and he's paired with one of the greatest offensive minds in the sport now. Could the 49ers win a Super Bowl with Garoppolo as their starting quarterback? Absolutely. 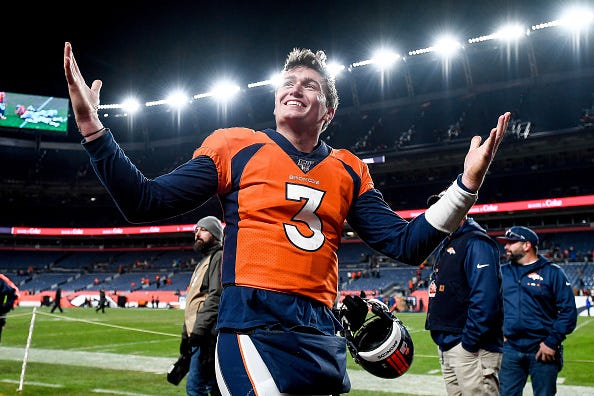 Lock stepped in during the final five weeks of the 2019 NFL season, and guided the Broncos to a 4-1 record, including an impressive 38-24 win in Houston during Week 14. The 23-year-old won't catch anyone off guard in 2020, as the Broncos spent their top two picks on Jerry Jeudy and K.J. Hamler, two of the top wideouts in the 2020 NFL Draft class. Those two will join a group of pass catchers that already included Courtland Sutton and Noah Fant, both of whom have already flashed star potential. Additionally, the Broncos added Melvin Gordon to Phillip Lindsay in the backfield. Lock appeared to have an it factor in his five starts last season. If that's indeed the case, the Broncos will challenge for a postseason spot in 2020. 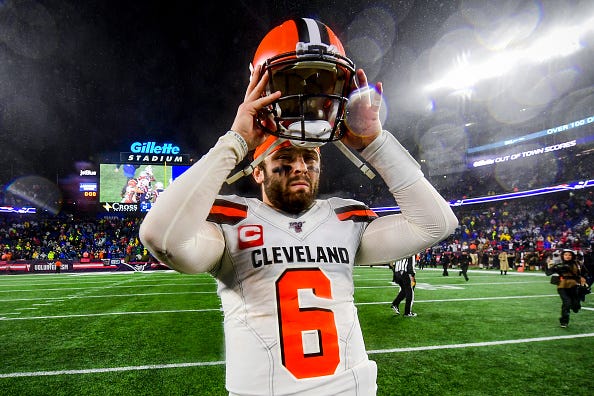 Even if Mayfield lobbied for Freddie Kitchens to become the team's head coach last season, it's apparent that he was hurt by Kitchens not truly being qualified to run an NFL team. It's difficult to know exactly how good Kevin Stefanski will be as the team's head coach, but if he's even competent, that will be a vast improvement over what Mayfield has had in his first two seasons. What's more, Odell Beckham Jr. should be healthy in 2020 after offseason core muscle surgery, and and by signing Jack Conklin and drafting Jedrick Wills Jr., the Browns should have an improved offensive line. The guess here is that Mayfield has an excellent third season, one that looks much more like what he did in his strong rookie campaign. 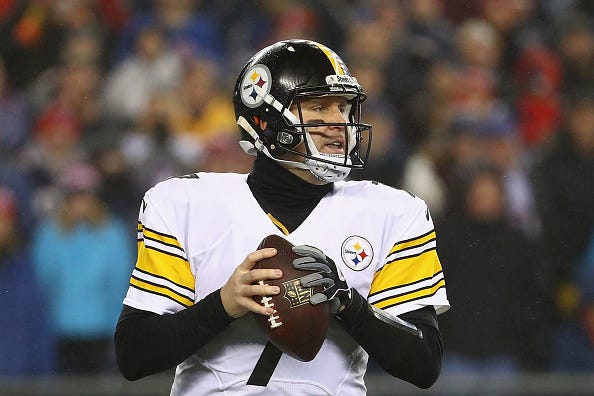 Ben Roethlisberger is in the twilight of his NFL career. Photo credit Al Bello/Getty Images)

It's difficult to know exactly what to expect from Roethlisberger in 2020. He's 38 years old and coming off of an elbow surgery that cost him nearly the entire 2019 season. Still, he's just two years removed from throwing for over 5,000 yards, a feat that only eight quarterbacks in NFL history have ever accomplished. Of course, Antonio Brown was still employed by the Steelers at that point. The Steelers have a Super Bowl-caliber defense led by Minkah Fitzpatrick and Bud Dupree. If Roethlisberger can still play at a high level, the Steelers could be a dark-horse Super Bowl contender in the AFC. If not, they could get swallowed up by the Baltimore Ravens and Cleveland Browns in the AFC North.