If you're chasing fantasy glory, you need to chase down Chase Edmonds.

He entered Week 7 as a viable fantasy option given his capabilities as a receiver and the niche he's carved out for himself in Arizona's backfield. Kenyan Drake's overall underwhelming performance, despite a strong Week 6, was boosting Edmonds' stock as a top handcuff option, as well. And yet, despite all of this, despite weeks of experts suggesting, begging, pleading that you make sure Edmonds is owned, he's still available in 62% of Yahoo! leagues and 56% of ESPN leagues.

This means two things. First, and most importantly, it means that you should pick him up if he's available in your league as soon as humanly possible. Use a large amount of your FAAB if your league uses virtual currency. Convince your league mates that they should pick up another hot waiver wire commodity. Do whatever you have in your ability to make Edmonds yours. Second, it means that Edmonds will not appear in the list of players below because, as usual, I'll only feature players who are owned in 50% of leagues or less.

We're past the halfway point of the fantasy regular season, but that doesn't mean a key addition won't be enough to turn your fortunes around going forward.

I also won't include waiver wire recommendations from past weeks so check out our Week 7 list below. I sincerely hope you picked up the man in the cover image. 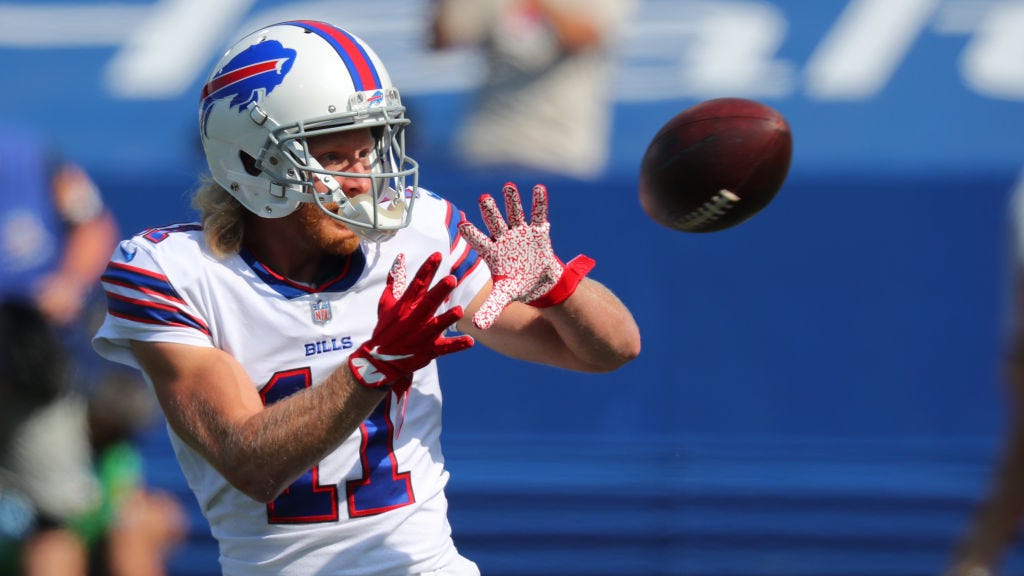 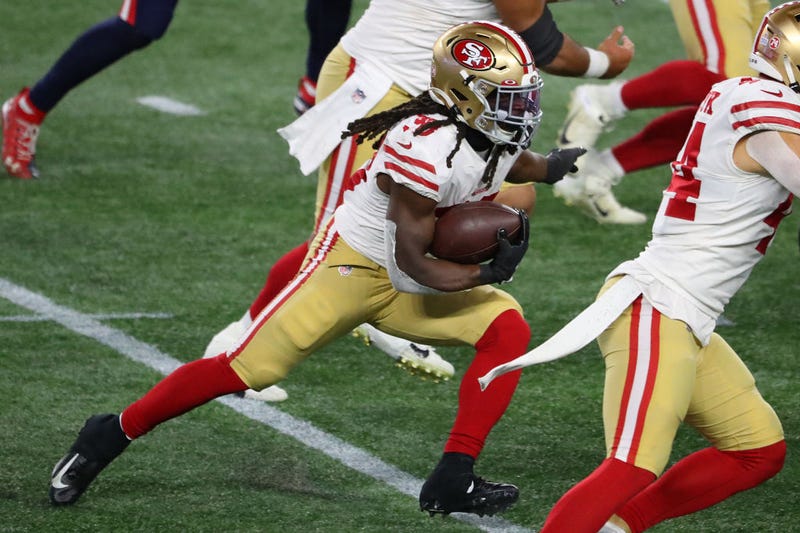 Apparently, Yahoo fantasy football players were a little ahead of the curve on Hasty. Considering the sickening number of injuries that have ravaged the 49ers' roster, it's not too surprising that another 49ers running back went down, in Jeff Wilson Jr., joining Raheem Mostert.

Though it's really hard to predict what direction this 49ers backfield will go in, seeing as we had pretty much no idea they were going to suddenly rest Jerick McKinnon against the Patriots and Tevin Coleman is returning soon, it's worth adding Hasty as a tentative flier. Kyle Shanahan loves using all of his running backs in creative ways, and teams desperate for running back help could benefit from Hasty's emergence should he secure any sort of workload in San Francisco. 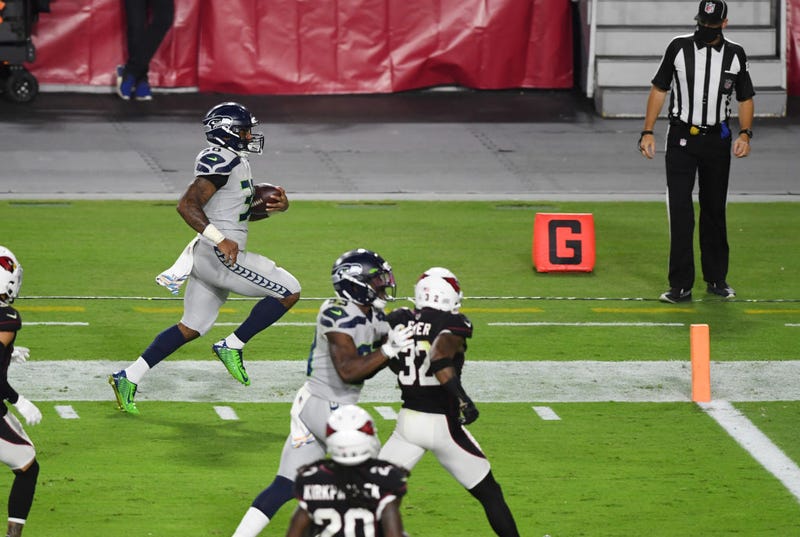 Carlos Hyde is dealing with some injury issues himself, according to head coach Pete Carroll (via Brad Camara of Fantasy Pros). However, the more significant injury appears to be that of Chris Carson, whose foot sprain could cause him to miss some action as he is designated week-to-week. Hyde wouldn't have much competition in the backfield for carries, and he was effective in Carson's relief, going for 76 total yards and a touchdown on 18 touches. 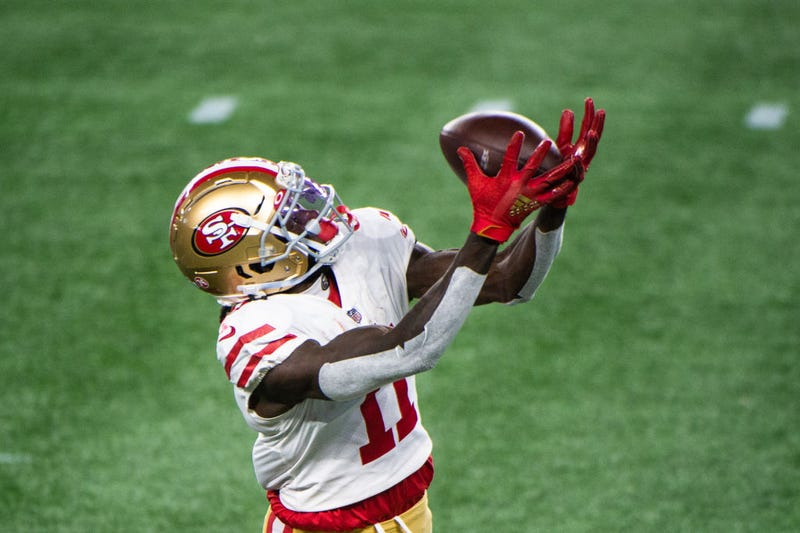 The first of a handful of rookie wide receivers to be featured in this week's waiver wire is the one who I view as the top commodity available heading into the second half of the season. He's one of many rookie wideouts who have made an impact early in the season, finishing as a top-20 wide receiver in three different games. Week 7 was one of those, as he torched the Patriots defense to the tune of six catches and 115 yards.

With Deebo Samuel likely out for a couple of weeks, Aiyuk will become Jimmy Garoppolo's top target out wide, and he has a chance to surpass Samuel as a fantasy option going forward should he continue his string of strong performances. 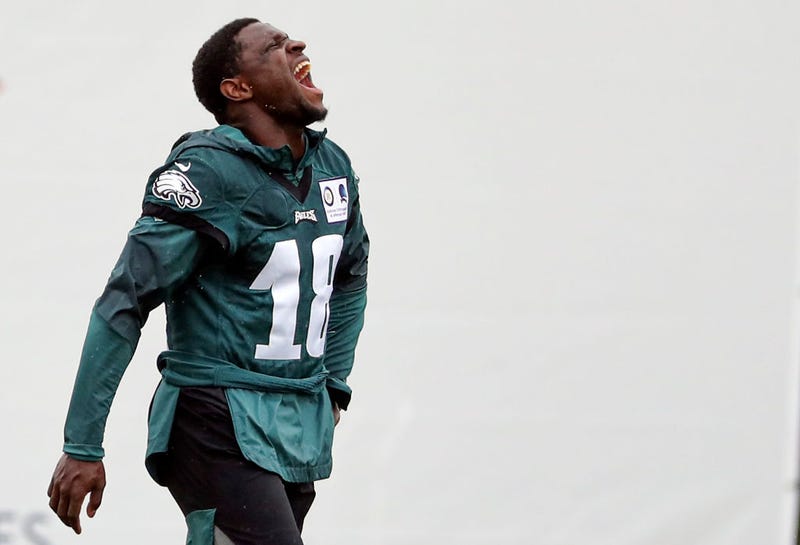 Travis Fulgham has stolen our hearts in Philly — and rightfully so — while Greg Ward continues to be a reliable safety blanket for Carson Wentz while injuries impact several areas of the offense. But Jalen Reagor was the most exciting part of this passing offense coming into the season, and he should make an immediate impact as soon as he checks back into action. That might be sooner rather than later, as his practice window was activated on Monday and his teammate, DeSean Jackson, finds himself on IR.

The Eagles are starting to show an iota of life, just the amount they'll need to win the NFC East, and Wentz's improved performance could mean a second-half breakout for a (hopefully) healthy Reagor. 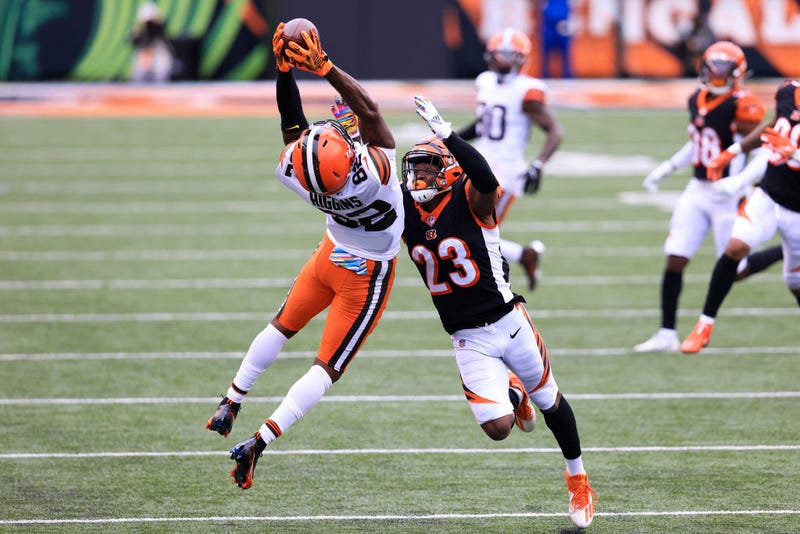 Time to take a break from the first-year players.

Odell Beckham Jr.'s season is officially over after tearing his ACL against the Bengals, and Rashard Higgins will likely be the biggest beneficiary in terms of his fantasy value. He hauled in each and every one of his six targets and turned them into 110 yards, building on two previous weeks where he had scored a touchdown.

Shootouts could present themselves down the stretch for the Browns, with the Raiders, Texans, Eagles and Jaguars coming up down the line, meaning that the Browns may have to abandon their run-first approach in certain situations. Higgins can continue to build his rapport in each of these contests and prove to be a valuable fantasy option. 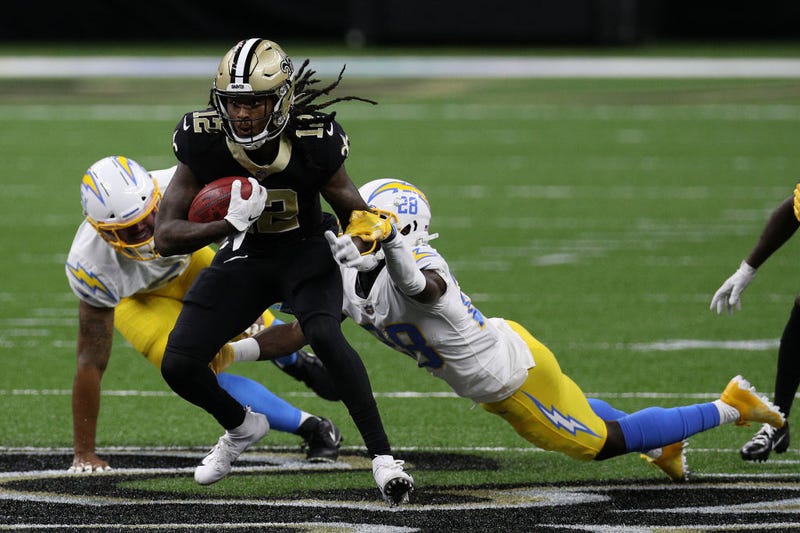 Another rookie, albeit one who went undrafted after the 2020 draft, Callaway had a strong showing against the Panthers in Week 7 while both Michael Thomas and Emmanuel Sanders were out. Thomas has been one of the biggest disappointments in all of fantasy football this season, and the same hamstring injury that kept him out of Week 7 could hold him out for longer. Sanders, on the other hand, will need to go through the NFL's COVID-19 protocols before he can return.

It doesn't appear like Callaway's role in this offense will be one that draws 10 targets like it did in Week 7. However, he can be used as a one-week streaming option with more upside if either Thomas or Sanders misses more than expected. If Tre'Quan Smith is still available, he can also be picked up as an option, though he was outperformed by Callaway. 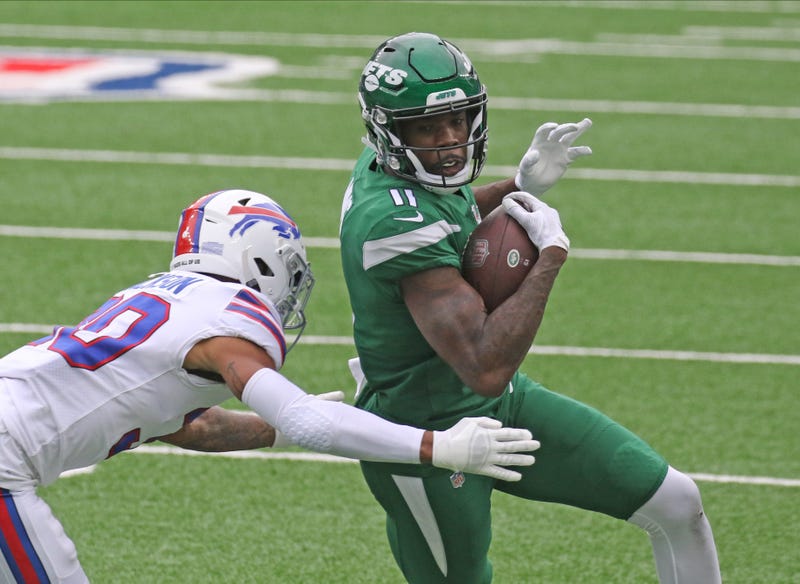 I personally don't love adding any Jets in fantasy football — that's why you'll see La'Mical Perine on some other waiver wire lists, but not this one. However, it's a testament to Denzel Mims' ability and high draft stock that I think he should be able to produce for the Jets.

Though Perine had some moments as well, I just can't see the Jets being in enough competitive games where they'll be running the ball. Should Mims' connection with Sam Darnold grow quickly, it'll be some sort of glimmer of hope for the Jets, and a concussion to receiver Breshad Perriman gave us a glimpse at what that could look like.