Though the New Orleans Saints' quarterback battle is technically still ongoing — Sean Payton said that he'll keep us in the loop as to when that decision might be made — it seems as though one of the two options has made a significant jump. 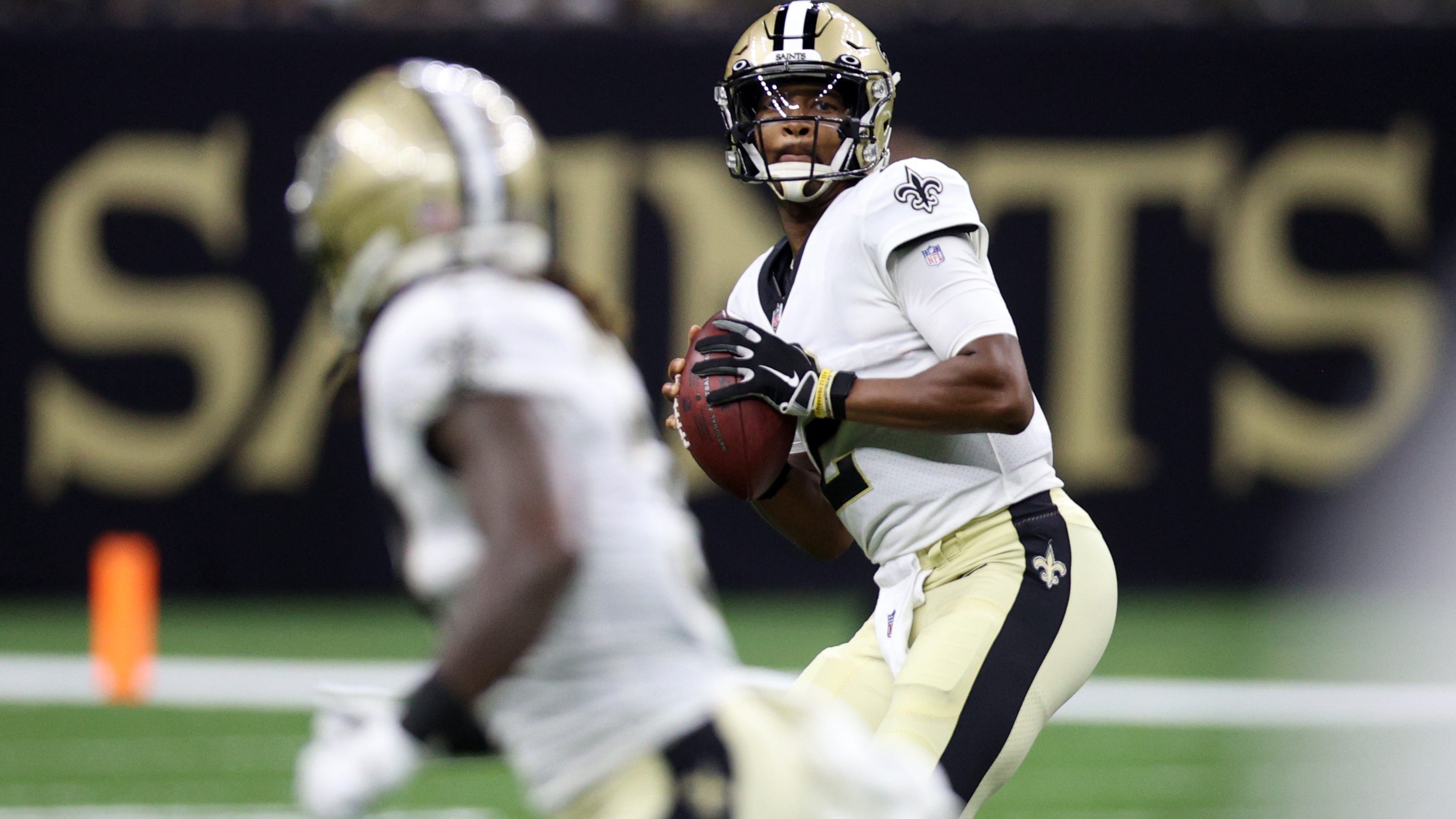 That quarterback is Jameis Winston, who impressed against the Jaguars in Monday night's preseason game with a stellar statline: 9-10 with 123 yards and two touchdowns, both of which were hauled in by rising star Marquez Callaway. And to former wide receiver Greg Jennings, he's seen enough to view this so-called quarterback battle as a "no contest." However, that doesn't mean Hill won't still be an important contributor, even if it means it's not at the position at which he may want to define himself.

"When you look at their roster, where do players best suit the team? Well, for Jameis Winston it's at quarterback because that's the only position he can play," Jennings said on "First Things First" on Tuesday morning. "When you look at what Taysom Hill provides for you, his best asset, his best value to the team, is not suited at quarterback. We've seen it on display, Sean Payton has used him in a variety of ways that has impacted games. That needs to be the constant.

"Now, I get it. They have a lot invested in Taysom Hill, so you don't want to just outright say he's not the guy."

Jennings views the "battle" between Winston and Hill, and the opportunity for Hill to earn a starting job as the quarterback, as a way to keep the egos of both Hill and Payton afloat. After all, Payton really does seem to want the unique Swiss army knife that is Hill to succeed at the highest level, and Hill obviously wants that for himself. However, if he really wants to succeed, Jennings says that it's not at quarterback — in fact, it's anywhere but at quarterback.

If Winston can have a renaissance in New Orleans, which is looking increasingly possible after sitting behind Drew Brees for a year and impressing in the preseason, it looks like he should be and will be the starter. What that means for Hill's future, on the surface, isn't great. But if Jennings is right, and Hill can truly dominate outside of the QB position, it might not be such a bad thing for the multi-talented player after all.