One of the most coveted hosting jobs in television is again up for grabs. It’s back to the drawing board for Jeopardy! with executive producer Mike Richards, who was tapped to succeed Alex Trebek as the show’s new permanent host, announcing his resignation Friday. Richards’ surprise hiring sparked public outcry with many calling attention to his controversial past including a discrimination lawsuit and offensive comments made on a podcast years earlier.

With Richards out of the running, will the beloved game show—which has temporarily paused production on its 38th season—revisit its past flirtation with Green Bay Packers quarterback Aaron Rodgers, who was well-received during his two-week stint as guest host back in April?

A known trivia fanatic who said he studied “game tape” of Trebek in anticipation of his hosting assignment, the reigning NFL MVP recently told Alex Schein of Sirius XM Mad Dog Radio that he would “definitely” have accepted the job if offered. “If they would have figured out a way to make it work with my schedule, year for sure,” said Rodgers, who ended a months-long holdout in July after a lengthy and, at times, uncomfortable standoff with Packers management.

"Yeah, I definitely would have. If they would have figured out a way to make it work with my schedule, yeah, for sure."

Aaron Rodgers told @AdamSchein he would have taken the Jeopardy job if he was offered it. pic.twitter.com/QYEpScMnUi

Of course, Rodgers isn’t the only one vying for Richards’ seat. Rodgers joins a crowded list of Jeopardy! hopefuls including fellow guest hosts LeVar Burton, longtime evening news fixture Anderson Cooper, Mayim Bialik of Big Bang Theory fame and perhaps the sentimental favorite, the show’s all-time champion, Ken Jennings. Balancing his quarterback duties in Green Bay with a television hosting gig halfway across the country could prove challenging for Rodgers, though it sounds like the 37-year-old would do whatever it takes to land his dream job as the heir to Trebek.

In a revealing interview with Dan Le Batard on his South Beach Sessions podcast, Rodgers admitted to still having doubts about his Packers future, contemplating retirement as recently as last month. “The weekend before camp, I was 50/50,” expressed Rodgers. “I spent a couple of days in silence and meditation and contemplation and really felt that I should come back. There’s a lot of opportunities for growth and exciting things in Green Bay and that felt like the right thing to do.”

If Rodgers had known a month ago the Jeopardy! job would still be available, would he have returned for a 17th season? It's a good question and one we might never know the answer to. 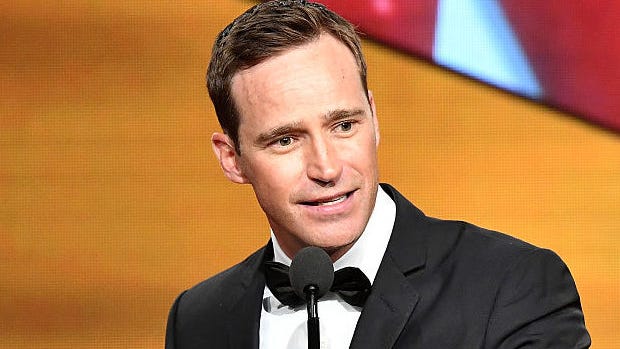