And it wasn't simply because a victory would have allowed the Eagles to win the Super Bowl for the first time in franchise history.

A Boston native, Lurie had been edged out by Robert Kraft in his attempt to buy the Patriots in 1994. In Seth Wickersham's new book "It's Better to Be Feared" -- which chronicles what made the Tom Brady-Bill Belichick duo so successful and also led to their eventual split -- the author offers a look into Lurie's mindset when the Eagles met with the team he failed to buy on the sport's highest stage in February of 2005:

"On Feb. 6, 2005 -- on a clear, but nippy day in Jacksonville ... it didn't feel like Super Bowl weather -- Lurie and Kraft chatted and even engaged in an awkward bro hug for the cameras on the field prior to kickoff. It hid some hard feelings well. After Lurie had lost out on the Patriots a decade earlier, he disconnected [as he] traveled the world. 'Depressed' was how a confidant put it. Lurie and Kraft later became close, but this week, Lurie was antsy leading up to the Super Bowl, as though the game were part of a revenge fantasy. At one point, Lurie said, with wry seriousness: 'We better not lose the game to this son of a b----.'

The Eagles, of course, wouldn't defeat the Patriots in Super Bowl XXXIX. Despite the best efforts of future Hall of Famer Terrell Owens -- who played "with two metal screws through both his tibia and fibula," against the advice of many doctors -- the Eagles lost the game 24-21. It was a winnable game, but Andy Reid displayed a startling lack of urgency as the Eagles trailed 24-14 in the fourth quarter, and Donovan McNabb was picked off three times.

13 years later -- perhaps after he had moved on from a failed attempt to buy his hometown team -- an entirely different Eagles team got another shot at Kraft, Belichick and Brady. Led by "The Philly Special," Nick Foles and Doug Pederson led the Eagles to a 41-33 victory over the Patriots, giving Lurie and the franchise their first Super Bowl title on Feb. 4, 2018. 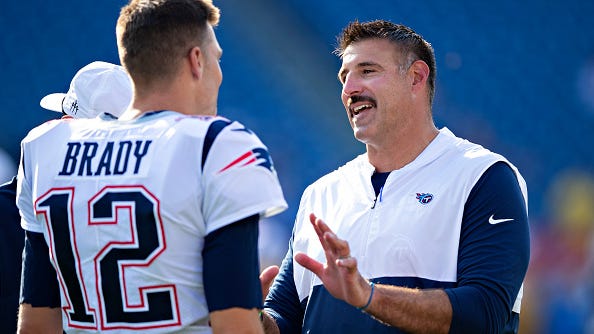