A little extra act of kindness can go a really long way right now. John Krasinski, known best as a star of The Office, is going viral thanks to his YouTube show "Some Good News" where he shares good actions performed by everyday citizens that are occurring in a time largely represented by negative news.

Krasinski should look at add Joe Douglas, the general manager of the New York Jets, to his latest list of good actions.

We say this because a Reddit user, caradeee, shared an image of a receipt left behind by Douglas after he came into a bar that the Redditor's boyfriend works at. He came in for takeout, mind you, which ordinarily requires very little service from the waitstaff. 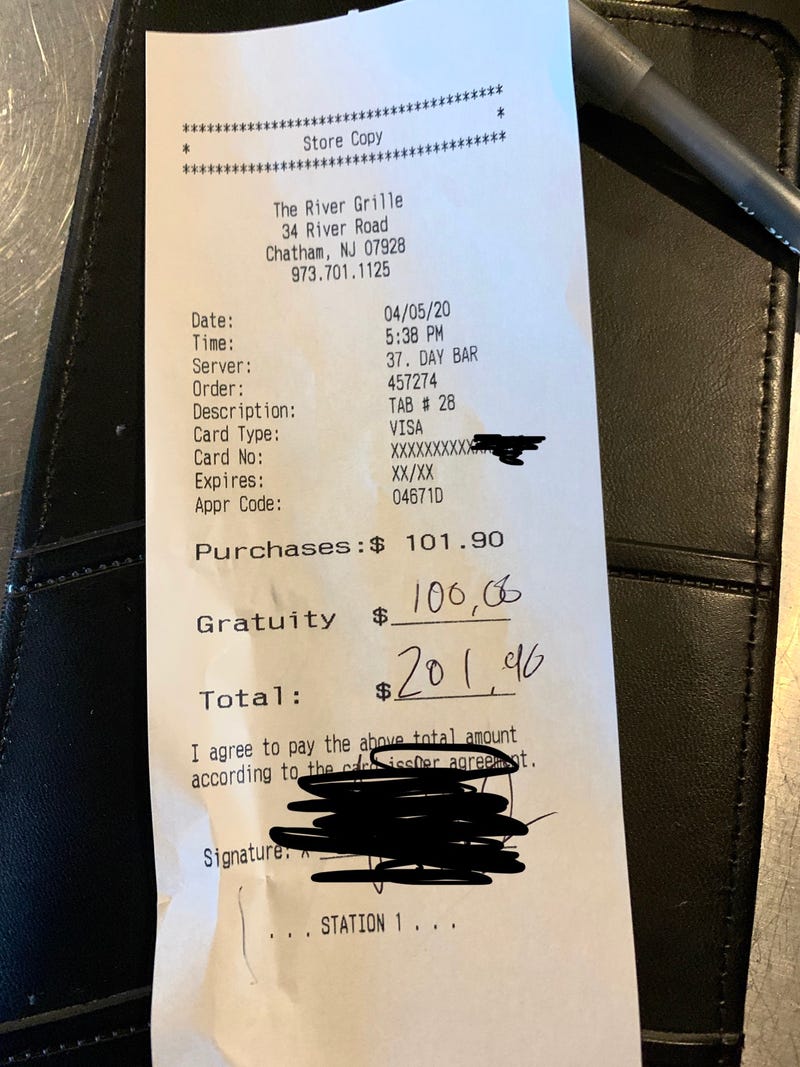 The Redditor told RADIO.COM Sports that he was "decked out in Jets gear" and that this wasn't a one-time instance, but that Douglas has "tipped... $100 on his takeout food every time."

While it's not unheard of for celebrities to leave big receipts behind that end up going viral: consider the #2020tipchallenge started by Donnie Wahlberg.

However, such an action from Douglas that was full of humility -- he left without a subsequent social media post -- takes on an even greater importance during this time. That's because, regardless of whether or not the food was obtained via takeout, any restaurant and staff workers are taking some form of risk in coming into work amid this pandemic in order to serve the greater good and provide people with food.

So, Mr. Krasinski, we have a great idea for your next episode of "Some Good News"!

And now turning to sports! I.... don't have much to report... So let's have it! Send me @somegoodnews in the wide world of HOME sports!