Mayne, 61, announced his new gig as only he could, displaying his trademark deadpan delivery in a video posted to Twitter. It will be a homecoming of sorts for Mayne, whose journalism career began in Las Vegas, where he played college football as a backup quarterback for UNLV (he spent much of his Rebels tenure behind future Eagles and Vikings Pro Bowler Randall Cunningham). Mayne’s 27-year tenure at ESPN ended this spring when the network threatened to reduce his salary by over 60 percent. He’s kept a low profile since, though he did contribute to NBC’s Olympic coverage on Peacock this summer.

Mayne’s official position with Caesars, which underwent a significant rebranding effort following its purchase of William Hill Sportsbook in April, will be as a content contributor and brand ambassador. Wingo, who was named Caesars’ “Chief Trends Officer” a month earlier, appears thrilled to be working with Mayne again.

Things unraveled quickly for Wingo after departing Golic and Wingo (apparently, he wasn’t a fan of working mornings) last year with ESPN essentially letting his contract run out. Amid ESPN’s mass exodus, high-paid personalities like Wingo and Mayne have been leaving Bristol in droves with many flocking to betting outlets, including former radio host Dan Le Batard, now of DraftKings and Meadowlark Media. With sports betting—once reserved for Vegas—now operating in plain sight, it’s created a wealth of new content opportunities with DraftKings, FanDuel, BetMGM, Caesars and others jockeying for position in an increasingly crowded gambling space.

We’re not sure precisely how Mayne will be utilized in his new role with Caesars, but going off his previous work—including this masterpiece centered around Marshawn Lynch’s adorable love of chain restaurants—it’s sure to be entertaining. 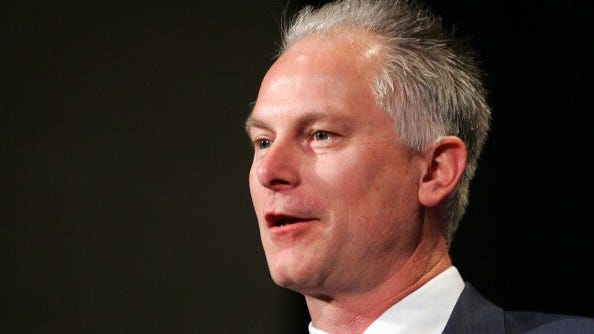