Could Frank Gore come back for one last hurrah with the San Francisco 49ers?

According to head coach Kyle Shanahan, it’s a possibility.

With the Niners banged up in the backfield and looking for outside help, the 38-year-old running back’s name was brought up to Shanahan on Wednesday while meeting with reporters.

“I would never put anything past Frank,” Shanahan said. “If we gave him a little heads-up and some notice, he’ll always be ready. We thought it was a little early for that. Guys still have a chance of playing this week.

Gore remains a free agent and reiterated to NFL Network’s Ian Rapoport earlier this week that he is still not retired.

He is training for more than just football, though.

Gore revealed that he is attempting to pursue a boxinig career, although said he continues to train for both sports. 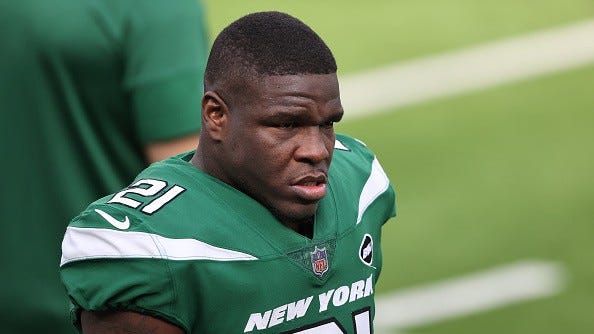 A return to San Francisco would bring the No. 3 all-time rushing leader’s career full circle after the 49ers drafted him in the third round of the 2005 NFL Draft.

He spent the first 10 seasons of his 16-year career in San Francisco and most recently played 15 games last season with the Jets.