Following the 'pretzelgate' scandal, Matthew Stafford's wife Kelly will be taking a self-imposed break from attending Rams away games.

The wife of the Rams quarterback said on her podcast Tuesday that it was her husband who suggested she should take a break from attending away games. Kelly agreed, following an incident where she threw a pretzel at a 49ers fan at Levi's Stadium in San Francisco which led her to be escorted out of the stadium only five minutes into the game. Kelly issued an apology on her podcast, saying she threw the pretzel because she was frustrated with being heckled by the fan.

“I’m human, I make mistakes, and I own up to them, I don’t f—king hide from them, that’s not me,” Kelly said on “The Morning After” podcast. “I’ve always been taught, I wear my heart on my sleeve so I do stuff probably in a hot second, but I also realize in a hot second, not the best, and I go up and I apologize.”

After Kelly apologized to the fan, she offered to buy him and his partner some food and drinks but he declined her offer. Kelly then claimed that the fan began yelling that she was Stafford’s wife and that he “wasn’t having” her apology. The fan even tried to keep the pretzel as a souvenir.

After the game, Kelly said Matt laughed at the entire situation and told her, “Well, I wish I was as accurate as you were, but I guess only one person in the family was accurate that night.” Stafford finished his MNF performance completing 26 of 41 passes, throwing for 243 yards, one touchdown and two interceptions.

In a league where many NFL wives have been vocal this season, Stafford taking a humorous reaction to the situation is the right approach.

Kelly said her DMs were flooded with crude and mean messages from internet trolls, including comments calling her a “c–t.” Kelly said she was completely sober during the incident. With the way NFL fans have been willing to fight and start disputes over seemingly anything, it's good to see the situation didn't escalate into a verbal assault or violence. 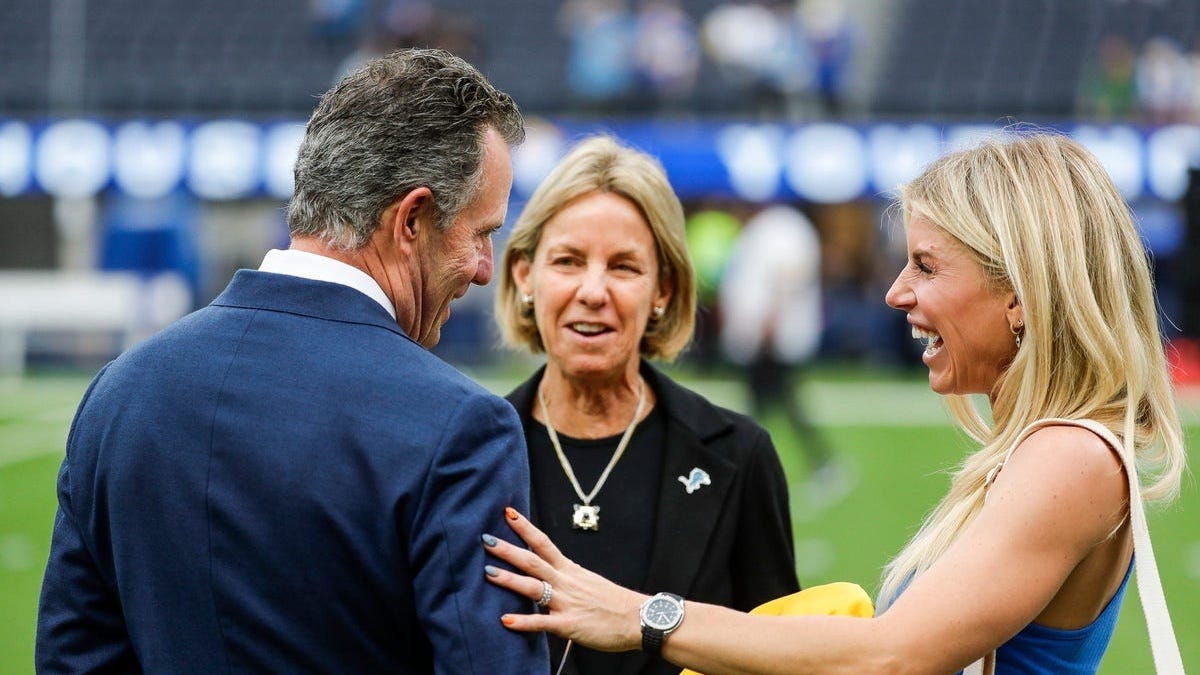