There are plenty of 6-foot-4 guards in the NBA, but you wouldn't exactly describe any of them as "big" for their position.

Take Dwyane Wade, Walt Frazier, Gary Payton and Jason Kidd, for example, all of whom were 6-foot-4. They were giants of the game in a figurative sense, posting Hall of Fame numbers and dominating their opposition, but they weren't literally "big" players. Why, then, is a 6-foot-4 athlete pitching himself to Mark Cuban as a "big guard," just in case the Mavericks need a hand?

Because that 6-foot-4 athlete is none other than star defensive end Myles Garrett of the Cleveland Browns, who weighs in at 272 pounds and is more like Zion Williamson (6-foot-7, 284 pounds) in stature than a typical 6-foot-4 guard. His hops look similar to Williamson's as well, and they're a talent that we've seen before from the All-Pro NFL star. 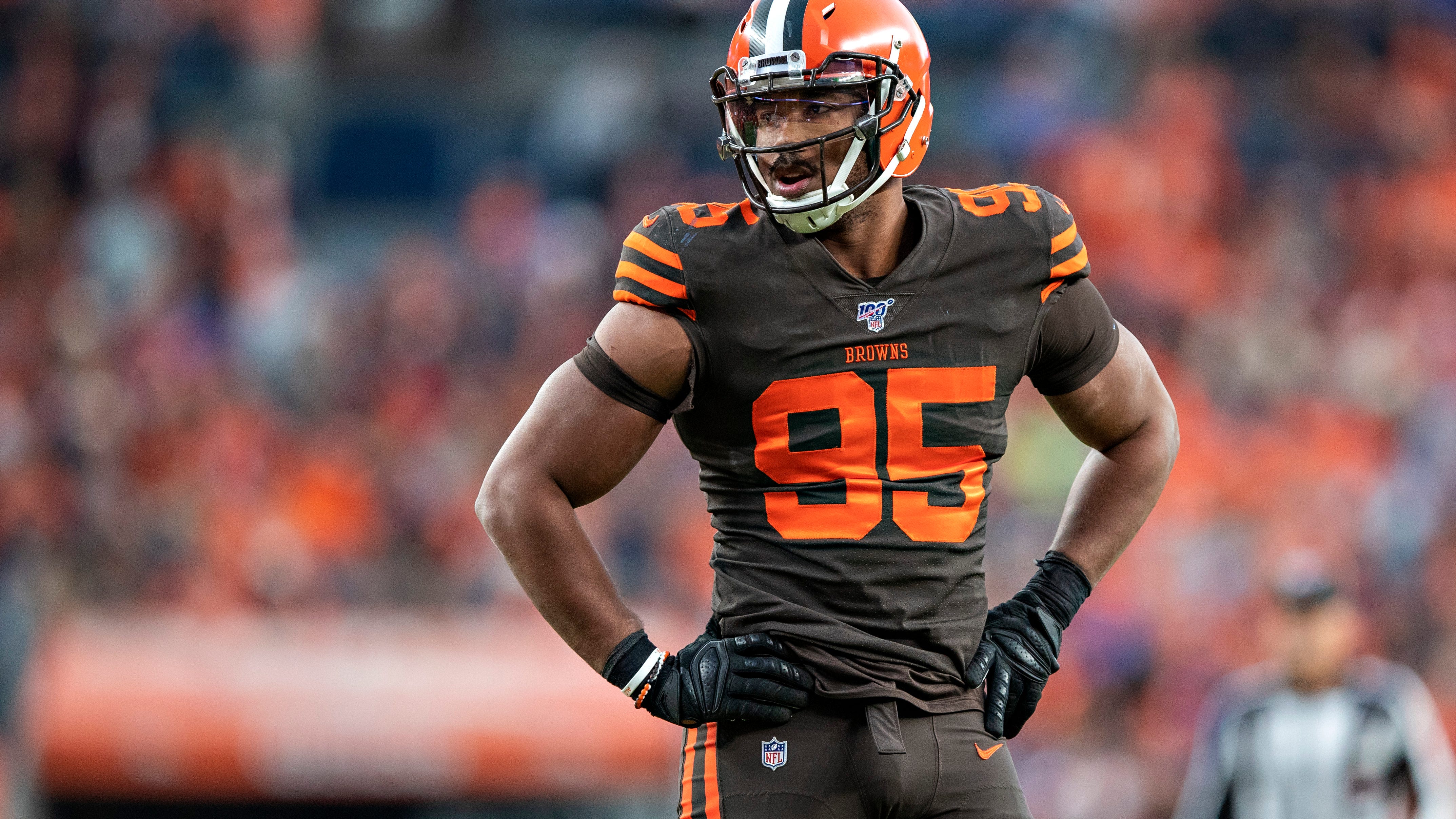 On Wednesday, Garrett was back on social media displaying more of his basketball highlight reel, rocking a sweet "Jurassic Park" tank and showcasing handles, finesse, touch and ferocious rim-rattling slams.

A backcourt of Luka Doncic and Myles Garrett? Uh oh.

The only two-sport athletes to have spent time in both the NBA and the NFL are Otto Graham and Bud Grant, two 1940s-1950s players. Many NFL players have played college hoops, however — if you somehow weren't aware of the fact that Jimmy Graham was a basketball player in college because announcers tend to say it every single time he catches a high pass... well, now you know — but Garrett never got that far.

However, Garrett does have some solid links to pro hoops, as he was a letterman in basketball at Martin High School and has a half-brother, Sean Williams, who played in the NBA for the Nets, Celtics and — you guessed it — Cuban's Mavericks, albeit for just eight games back in the 2011-12 season.

Garrett grew up in Arlington and is a lifelong Mavericks fan who has given Luka Doncic credit for helping to develop his pass rushing skill set.

Learned from my boy @luka7doncic https://t.co/s0scgmbxG3

While Cuban's response to Garrett's pitch will inevitably sound like a common answer on an episode of "Shark Tank" — I'm out — we can still dream of the Luka-Garrett combo coming into existence. To be honest, he might want to think about pitching those talents to the 12-21 Cleveland Cavs first.