But the 2020 crop might be even more loaded, featuring a murderer’s row of downfield talent headlined by consensus first-rounders Jerry Jeudy, CeeDee Lamb and Henry Ruggs. Those three are locks to hear their names called on Day 1 of April’s draft, though risers Tee Higgins and Justin Jefferson could easily weave their way into the first-round mix.

Where will each of these juggernauts land come April 23 in Sin City? It may be too early to say—if previous drafts have taught us anything it’s that a lot can change in two months. But while we’re here, let me take a stab at it. Without further ado, here are my irresponsibly early receiver predictions ahead of the 2020 Draft.

Become a more informed bettor with BetQL. Start using BetQL's NFL picks to win more bets this season and get the data sportsbooks don't want you to know about! 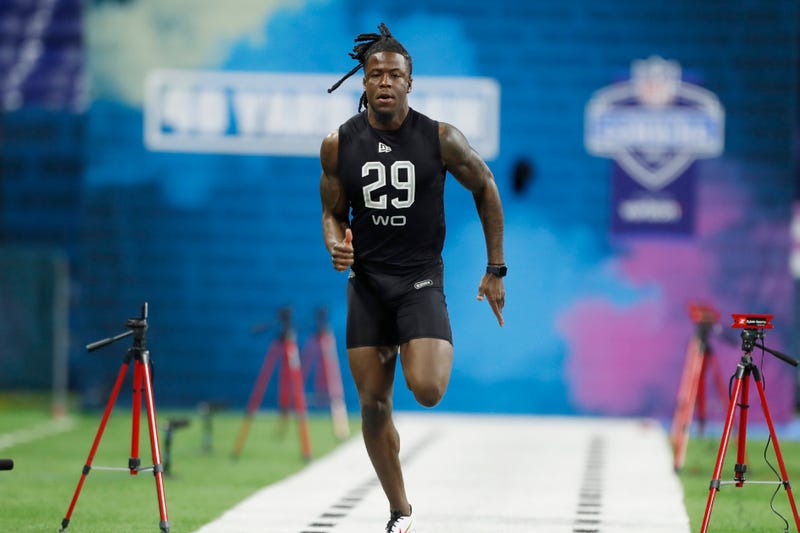 Whether it’s Derek Carr, Tom Brady or anyone else in the Raiders’ quarterback stable next season, one thing is for certain—the Fightin’ Jon Grudens need a receiver in the worst way. Outside of tight end Darren Waller (the recipient of a recent three-year extension) and a late-season charge from rookie slot man Hunter Renfrow (four touchdowns over his final seven games), the Raiders got next to nothing from their receiving corps last year.

Gruden’s insistence on establishing the run with Rookie of the Year snub Josh Jacobs may have played a role in the team’s relatively low passing output, though problems are bound to arise when Tyrell Williams—the plain bagel of NFL receivers—is the closest you have to an ace in the hole. Simply put, Vegas needs a facelift in the pass-catching department and that reboot begins with Jeudy, a smooth route runner with speed to burn (he rattled off a 4.45 on Thursday night). There’s a case to be made for drafting Jeudy in the top ten, but if the 2018 Biletnikoff Award winner is still available when Vegas steps to the podium at 12th overall, don’t be surprised if the Raiders pounce.

As a whole, Denver quarterbacks have not fared well in the post-Peyton Manning Era. Draft reach Paxton Lynch never measured up while seventh-round longshot Trevor Siemian and off-field headache Chad Kelly flopped in similarly spectacular fashion (don’t even get me started on the failings of Joe Flacco). But after a long, excruciating search, it appears the Broncos have finally found a tent-pole in Drew Lock, who went 4-1 down the stretch in 2019 after a belated start to his debut season (his development was slowed by a preseason thumb injury).

Denver’s offensive arrow is pointing up with stud sophomore Courtland Sutton already emerging as one of the league’s premier deep threats (18 catches of 20+ yards last season). But the Broncos could still use another cook in their receiving kitchen, particularly after dealing mainstay Emmanuel Sanders to the Niners at last year’s trade deadline. Lamb, the latest product of Lincoln Riley’s wide receiver factory at Oklahoma, would be an ideal complement for Sutton, keeping opposing defenses honest with his fierce blend of top-end speed (he clocked a respectable 4.5 in Indy), soft hands and run-for-your-life elusiveness.

Lamb’s detractors will dismiss him as the beneficiary of phenomenal quarterback play (the Sooners seem to breed Heisman winners) in one of college football’s highest scoring conferences. Still, his downfield prowess and knack for making big plays would mesh extremely well with Lock, a shameless gunslinger who has never been afraid to let it rip.

Addressing receiver should be right at the tippy top of Philadelphia’s offseason to-do list and for good reason after playing out the stretch with former college QB Greg Ward as the team’s top wideout. Even in the NFC East, where 9-7 punches your ticket to the postseason, that’s not going to cut it. With DeSean Jackson on the back nine of his career and Nelson Agholor a near certainty to depart in free agency (Alshon Jeffery’s albatross contract means he’ll probably be in the fold another year), the Eagles figure to cast a wide net at receiver this offseason.

Philadelphia’s tight-end corps is better than most (Zach Ertz and Dallas Goedert accounted for over 37 percent of the team’s receiving yards last year) and running back Miles Sanders is one of the more polished pass-catchers at his position. But there’s no excuse for wasting Carson Wentz’s prime on inferior receivers as the Eagles did in 2019. The Birds could be gun-shy after whiffing on J.J. Arcega-Whiteside in last year’s draft, but if Howie Roseman wants a do-over at the receiver position, Ruggs and his exquisite 4.27 wheels (wide eyes emoji) would be a superb choice. 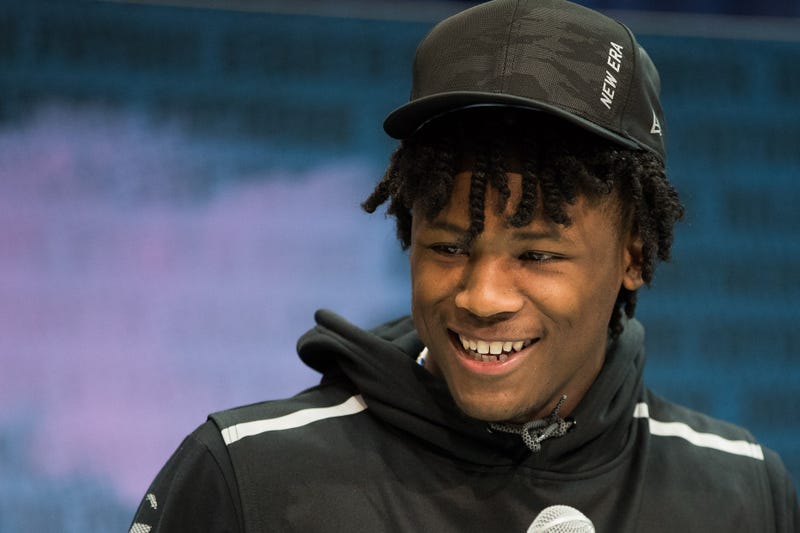 Higgins didn’t suit up for this week’s Combine, opting for a breather after an exhausting 2019 slate (Clemson fell to LSU in last month’s title game). That puts the ace 21-year-old a hair behind schedule, though he should be ready to rock for Clemson’s upcoming Pro Day on March 12. Even with no Combine test results to fall back on there’s still plenty to like about Higgins, a contested catch artist whose superior size (6’4”/216) spells trouble for every defender he encounters.

NFL.com draft expert Lance Zierlein compared Higgins to a young A.J. Green (their measurables are nearly identical) who, last we checked, has had a pretty decent career for himself. That might be overselling it, but if Higgins has even a little AJG in his blood, it would be a huge boost to the receiver-needy Saints, who could use a Robin to Michael Thomas’ Batman.

Heading into perhaps his final season, Drew Brees deserves better complementary weapons than oft-injured Tre’Quan Smith and 34-year-old relic Ted Ginn. Higgins, an All-ACC selection with 28 touchdowns (27 receiving, one rushing) on his college resume, would be a tangible improvement in that regard. 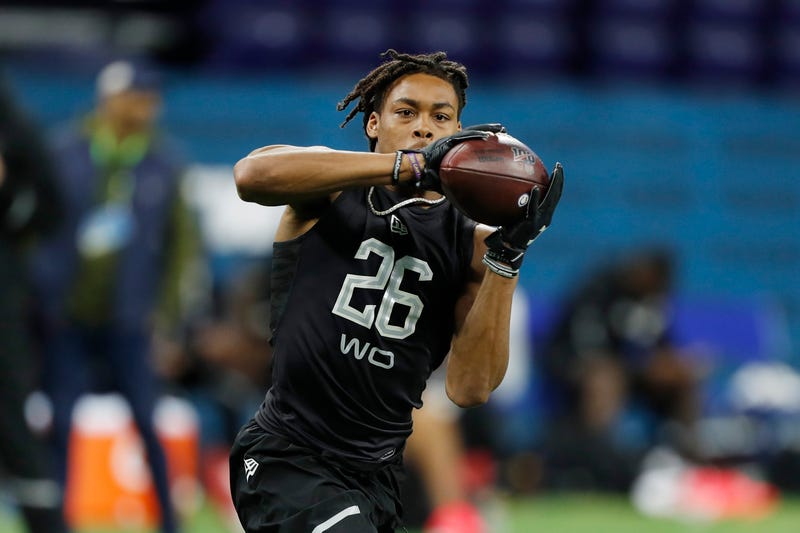 Jefferson entered the Combine as a fringe first-rounder but raised his stock considerably by blazing an electric 4.43 forty at Thursday night’s festivities. That display may very well have vaulted Jefferson into the Day 1 discussion, nudging him ahead of fellow first-round hopefuls Laviska Shenault (who bombed the forty with an embarrassing 4.58) and Jalen Reagor.

You could argue Jefferson wasn’t even the best receiver on his own team at LSU—unanimous All-American Ja’Marr Chase paced the Tigers with 1,780 yards this past season. But Jefferson’s mastery of the slot should still play well at the next level, offering him rare mass appeal at a position often populated with polarizing, boom-or-bust talents.

Projecting five receivers to come off the board in the first round may be a bit ambitious but the Packers certainly have a need at that position. Green Bay’s receiving corps is a ghost town outside of matchup nightmare Davante Adams and the Packers have never found an adequate replacement for slot staple Randall Cobb, who defected to Dallas as a free agent last offseason. Given Shenault’s injury red flags and athletic limitations, Jefferson would be the safer selection if Green Bay chooses to address receiver in Round 1.