The free-agent wheel is still spinning, albeit at a much lower RPM than when the feeding frenzy was at its height a week and a half ago. The coronavirus and its global effect has no doubt been a contributing factor in the glut of big names still available—in-person sit-downs and facility tours are obviously off the table right now (physicals and medical check-ins have been similarly hard to come by).

It’s been an agonizing wait for the polarizing likes of Jadeveon Clowney and Jameis Winston, who have both received a surprisingly icy reception on the open market. But as important dates on the league schedule including the upcoming NFL Draft come into clearer view, Jameis and others trapped in free-agent purgatory will soon find their path to salvation. But until then, here are seven familiar faces still searching for a light at the end of the tunnel.

If you are betting on football this season, check out BetQL to get picks on every game and every bet type, including sides, totals, and moneyline. Get the data sportsbooks don't want you to know about! 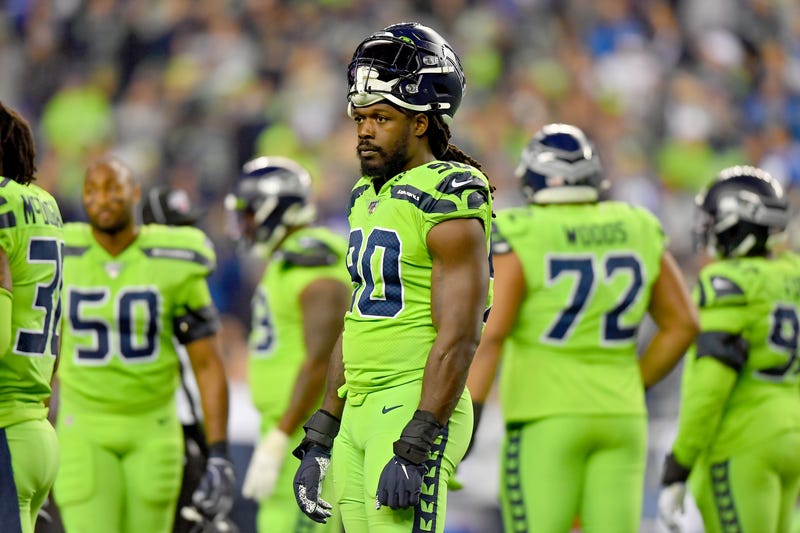 Stubborn as the day is long, Clowney and his camp still aren’t budging on their current $20-million-a-year asking price despite a standing offer from the Seahawks to return at a rate of $18.5 million annually. That’s more than fair compensation for an injury-prone head-case in Clowney’s vein, though it would also be an admission of defeat for the 27-year-old, who had his heart set on becoming one of the league’s highest-earning pass-rushers. That can still happen, though the increasingly-desperate Clowney is losing his leverage with each passing day. A short-term deal of the “prove-it” variety could be something to consider if the three-time Pro Bowler’s market fails to materialize. 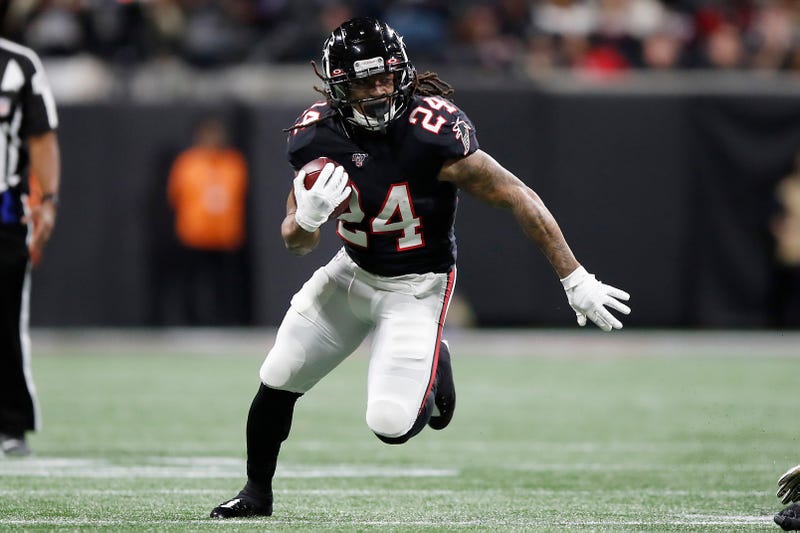 Freeman’s market has been predictably sparse coming off a lethargic 2019 that saw him crawl to a career-worst 3.6 yards per carry on the ground. The FSU alum was an end-zone staple early in his career (35 combined touchdowns from 2015-17), but injuries and ineffectiveness have caught up to the low-wattage plodder.

Little attention has been paid to Freeman since the Falcons kicked him to the curb in favor of University of Georgia legend Todd Gurley last week. Freeman’s production has plummeted since his peak years in 2015-16, but he’s still a proven touchdown hound and a capable receiver out of the backfield with over 2,000 receiving yards to his NFL credit. Who knows, maybe a change of scenery would allow the stagnant 28-year-old’s career to catch a second wind. 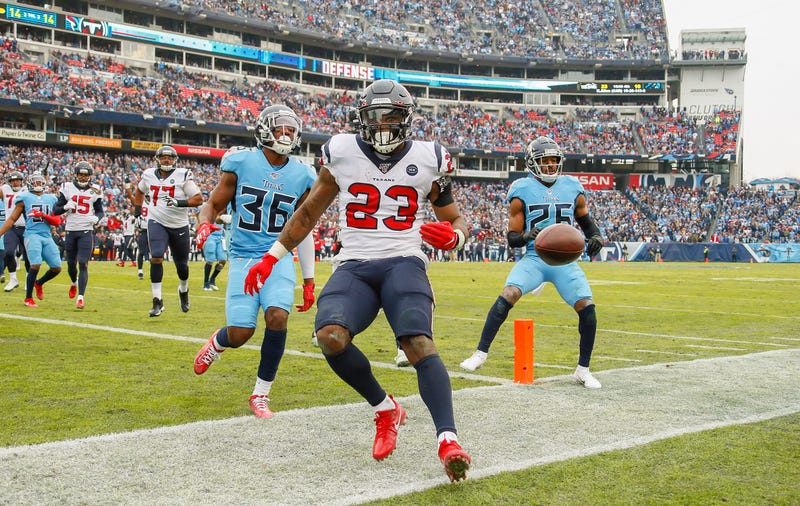 To quote the seminal mid-90s alt band Semisonic, “you don’t have to go home, but you can’t stay here.” That’s essentially what the Texans conveyed to Hyde by trading for David Johnson last week. It’s hard to express how monumentally ill-advised that swap was (imagine trading a Hall of Famer in the prime of his career for Kenyan Drake’s backup) not just because it cost the Texans the best receiver they’ve ever had (apologies to Andre Johnson), but also because Hyde SIGNIFICANTLY outperformed Johnson in 2019. In fact, last year was arguably Hyde’s best season, culminating in a career-best 1,070 rushing yards.

There’s reason to be wary of Hyde—he’s 29, a shameless journeyman (his next team will be his sixth in four years) and can’t catch a lick (10-42-0 receiving line last season). But he’s still an experienced power back with a nose for the end zone (35 career touchdowns). It may not be as a workhorse, but Hyde should land on his feet as a veteran mentor/depth body before too much time passes. 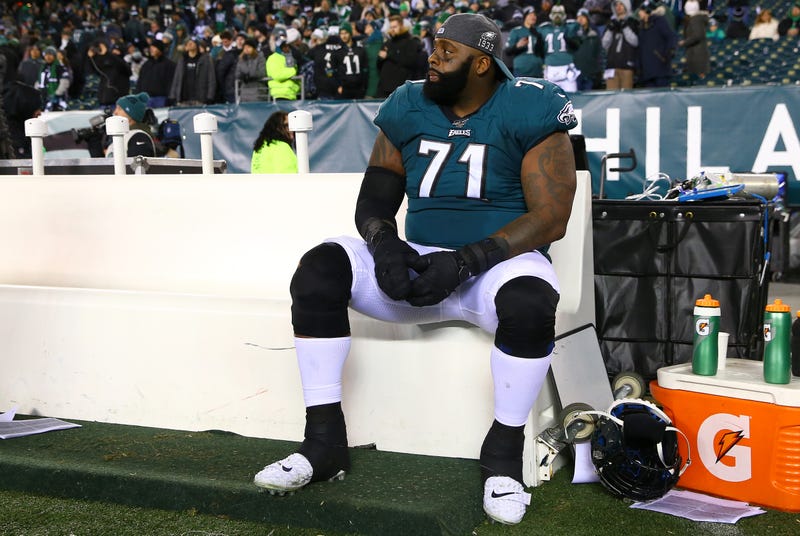 Peters is, to borrow a line from the incomparable Steely Dan, reeling in the years. Last year marked the veteran’s 16th NFL go-round and his 11th as an Eagle. A return to Philadelphia seems unlikely with the Eagles committed to promising sophomore Andre Dillard at left tackle. The finish line is in sight for Peters, but before he packs up his white shoes and heads to Boca Raton with the rest of the world’s retirees, the 38-year-old may elect to put one more stamp on his NFL passport before riding into the sunset.

One of the better blind-side protectors in football throughout his prime, Peters was still plenty effective when healthy last year, yielding just three sacks while grading as PFF’s No. 10 pass-blocking tackle. A six-time All-Pro selection who raised a championship banner to the rafters in 2017, Peters offers the kind of veteran stability most teams would kill for. A one or two-year pact is probably the most likely avenue for the decorated trench warrior. 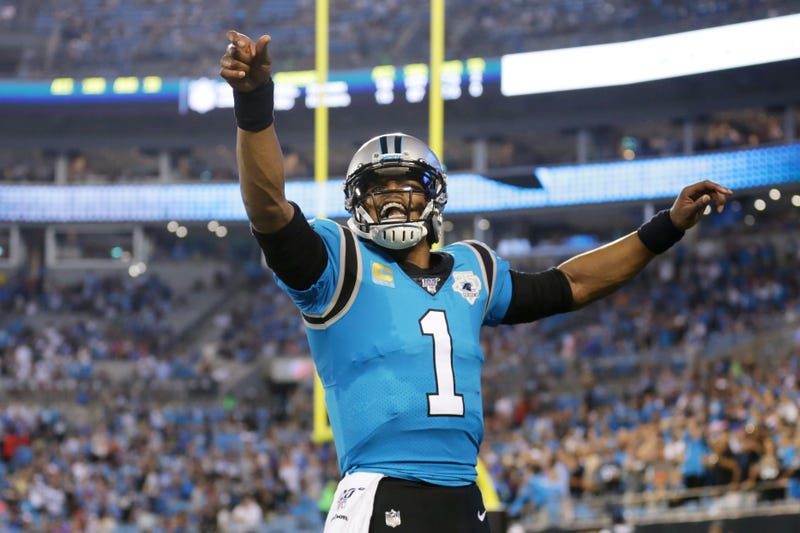 While the rest of us have been stocking up on Cheez-Its and other quarantine goodies that would fall under the broad umbrella of junk food, Newton has been bricking up, presenting his obnoxiously chiseled physique to over four million Instagram followers (What’s with the black and white video? Is this It’s A Wonderful Life?). Cam looks ready for war, but there’s still no obvious fit for the former Panther with the vast majority of teams settled at quarterback. That’s not true of the Chargers, though Anthony Lynn’s continued infatuation with Tyrod Taylor has so far prevented L.A. from pulling the trigger on a big name like Cam or Winston. New England finds itself in a similar quarterback bind following Tom Brady’s stunning exodus, but as of now, the mercurial Bill Belichick seems intent rolling the dice on one of Jarrett Stidham or Brian Hoyer.

Maybe there’s a fit in Pittsburgh where Ben Roethlisberger (who is really leaning into the Rasputin aesthetic these days) is coming off elbow surgery, but muddying the waters by bringing in a second injury-prone QB may not be in the Steelers’ best interest. At least you’ll know where to find Cam when the inevitable call comes—pumping iron to gospel music in his home gym. 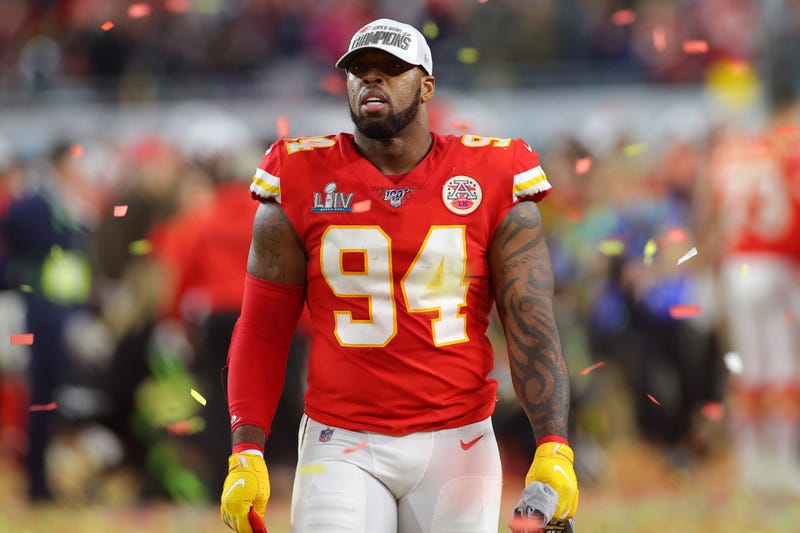 Suggs’ best days are undoubtedly behind him, but it’s still a bit surprising the 37-year-old has yet to resurface after giving KC a boost down the stretch last season. Perhaps teams are waiting to see if Suggs will hang up his cleats after claiming his second Lombardi Trophy last season, which wouldn’t be a bad capper to what will undoubtedly go down as a Hall-of-Fame career.

A seven-time Pro Bowler and former Defensive Player of the Year, Suggs has Canton in his sights. And while Father Time is certainly keeping closer tabs on him these days, the pride of Ball So Hard University isn’t far removed from an electric 2017 that saw the 17-year vet log double-digit sacks for Baltimore. The long-time havoc-wreaker is more of a situational pass-rusher than an every-down difference-maker at this late juncture in his career, but even in that capacity, Suggs is still worthy of a free-agent flyer should he decide to keep the train rolling for one more season. 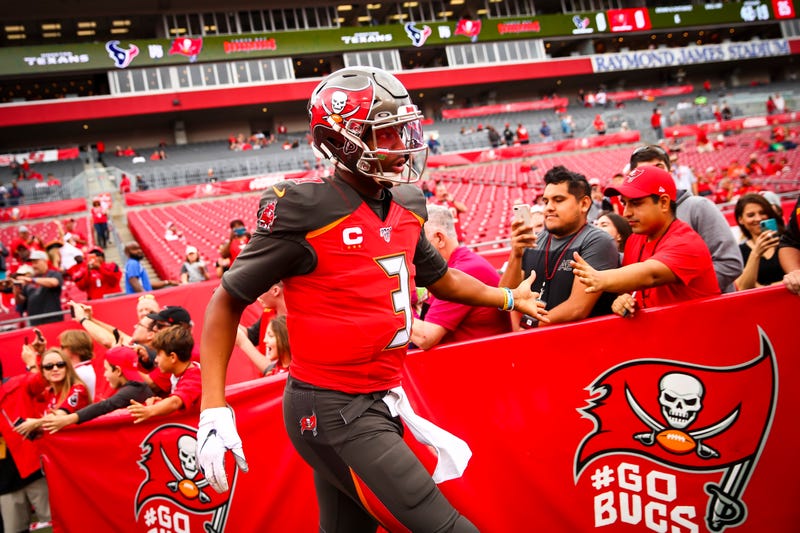 Jameis’ continued silent treatment has to end at some point … right? The former Heisman winner has struggled to drum up interest on the open market, a direct consequence of his erratic, 30-interception campaign in 2019. Winston’s maddening lack of progress on the turnover front led the Bucs to replace him with the declining likes of Tom Brady, but he’s still just 26 and coming off a year that saw him produce 34 touchdowns while throwing for the eighth-most passing yards in league history. Jameis is an acquired test and requires more patience than some teams can offer (notice he hasn’t heard a peep from Emperor Belichick), but he’s too good to be sitting on the couch binging Tiger King.