The cap casualty chopping block has already claimed some victims. Josh Norman saw his tenure in Washington end after an underwhelming four-year stint. The Redskins incur a $3 million dead cap hit in return, but figured that it was time to move on from his hefty $12.5 million salary in 2020.

A few days later, the Eagles cut ties with linebacker Nigel Bradham in order to free up space and get younger on the defensive side of the ball, and ESPN’s Adam Schefter indicated that more cuts are in store for Philadelphia.

But the NFC East isn’t the only division that is looking to sever old ties and look toward the future. Here are nine more notable players who have a real chance of being cut during the 2020 offseason. 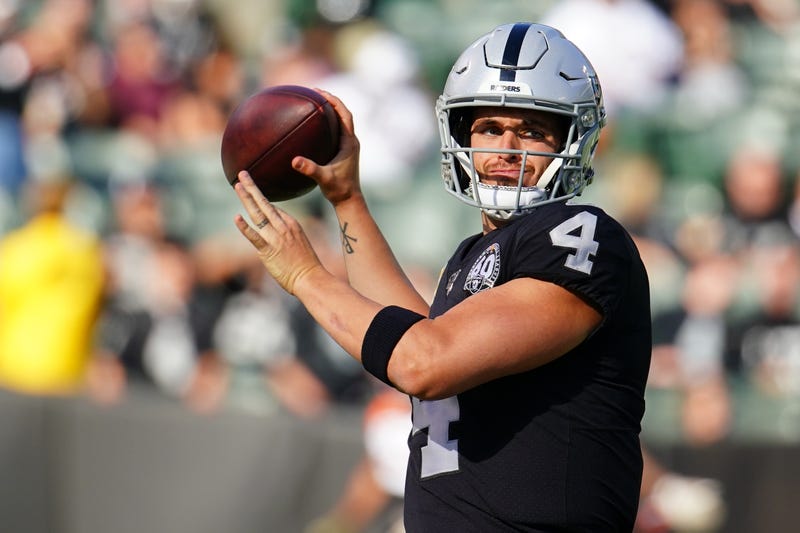 Derek Carr has started 94 games in his six-year career with the Raiders. Photo credit Getty Images

There are a lot of murmurings surrounding the next quarterback to play under coach Jon Gruden in Las Vegas. Tom Brady is the headliner, but other quarterbacks like Philip Rivers and Marcus Mariota have been named as potential targets for the Raiders. Regardless of who the ideal replacement option is, there sure seems to be a lot of buzz indicating that a QB change is in store.

Carr’s contract makes it relatively easy for the Raiders to part ways with him at this juncture. Las Vegas would incur a $7.9 million cap hit which, due to Carr’s hefty contract, would actually free up over $13 million in cap space for this year.

The bad luck may not end there for Carr. Appearing on the RADIO.COM Sports original “Home and Home,” Spotrac founder and managing editor Michael Ginnitti said that he thought Derek Carr -- who Pro Football Focus actually scored as a top-12 quarterback in 2019 -- would be released and would have subsequent trouble finding a fit through free agency, stating that he’s “vying for a backup role” while wanting a higher salary than most teams would be willing to pay.

If Kyle Shanahan hasn’t proven to you at this point that any running back can fit in his scheme, you haven’t been playing close enough attention. And while Coleman has had some solid games in red and gold, including a 105-yard, two-TD performance in the postseason, he was practically a disappearing act for half of the regular season and throughout the rest of the postseason.

Raheem Mostert and hopeful-bounceback Jerick McKinnon offer more upside than Coleman anyway, and nearly $5 million would come by way of cutting the former Falcon. The 49ers can also bring back restricted free agent Matt Breida for less than half the price if they place an original-round tender, something that would likely guarantee his return. 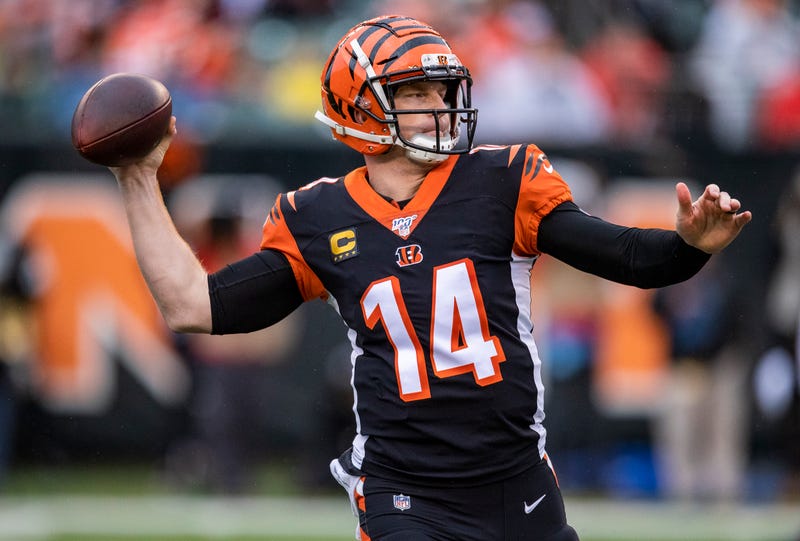 Andy Dalton is likely moving on after nine years with the Bengals. Photo credit Getty Images

A trade for Dalton would be the most ideal scenario here, and Dalton, interestingly enough, seems to be working amicably with the team. The reason he’s showing so little objection is likely based on two fairly straight-forward facts. First, the Bengals are very likely to draft Joe Burrow. Any other course of action would come as a major shock, and though the likely No. 1 pick hasn’t shown too much enthusiasm toward Cincinnati as his new home, everyone seems to accept that this is his fate.

Second, and more important for this article, is that the Bengals would not suffer any financial losses should they cut Dalton this offseason. All of his guaranteed money has been paid, and if a trade doesn’t work out, the next best course of action would undoubtedly be to cut him and shave $17.7 million off of the payroll.

Unlike Carr’s contract, the release of Devonta Freeman would not open up all that much space for the Falcons this season. However, given his age (28 by start of 2020 season) and decreasing productivity (ranked No. 55 out of 61 eligible running backs on Pro Football Focus), it may be time to move on.

From NFL Now: The #Falcons may move on from RB Devonta Freeman, who they nearly dealt at the trade deadline and whose move would save them some cap space. pic.twitter.com/XW3ozJbskh

I previously noted that a change from Devonta Freeman would benefit the Falcons, who could utilize the $3.5 million in freed up cap space to look for a running back in the draft or bolster one of the other areas of need. Brian Hill and Ito Smith aren’t the most exciting replacements, but neither got significantly outperformed by Freeman last season. 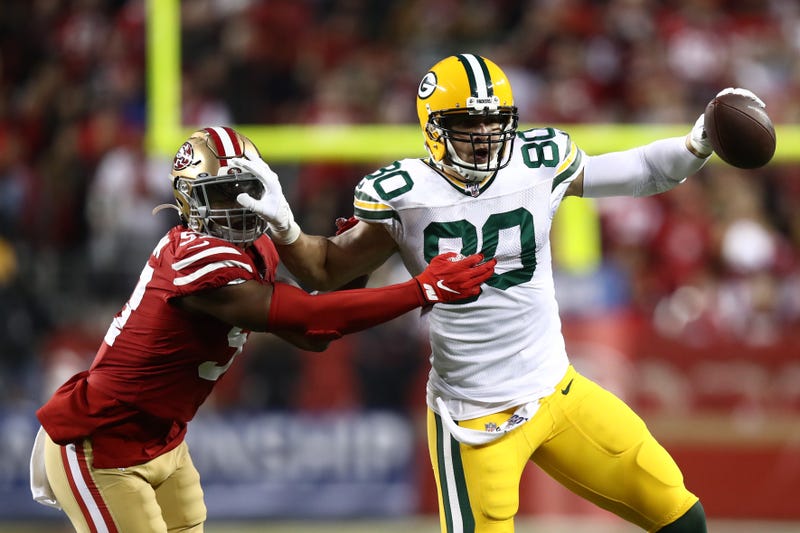 Aaron Rodgers desperately needs some receiving help, so it may seem counterintuitive to cut the veteran tight end. But Graham has seen his heyday come and go, and he no longer does enough to warrant his seven-figure contract. With only five touchdowns in 32 games as a Packer, he is no longer the red zone threat that he used to be.

Overall, with blocking stats included, Pro Football Focus ranks Graham as the No. 58 tight end among 79 eligible candidates. However, with an impending cap hit of $11.6 million, he is the second-most expensive tight end in the NFL behind Zach Ertz. While a solid chunk of his contract would turn into dead cap, the Packers would still save $8,000,000 overall by cutting ties with him that could be directed toward a free agent receiving threat.

The Bengals are drafting first overall for good reason. They need help in a lot of areas.

Cornerback is a position where they can’t really feel comfortable with any of the guys currently on the roster. Darqueze Dennard, the CB who seemed to be the surest defender in the secondary last season, is a free agent. Darius Phillips has impressed in his young career so far.

That leaves two primary options, and one seems like a much likelier candidate than the other. While William Jackson’s contract would allow the Bengals to release him and incur absolutely nothing in charges, freeing up nearly $10 million in cap room, he’s still a young talent with much to prove. The potential he showcased in his first season, in which he received a coverage grade of over 90 from Pro Football Focus, would be a lot to get rid of just to get some money in return. Though he declined significantly last season, posting a coverage grade of just 55 and surrendering catches at a 60% success rate, there is a smarter option.

Dre Kirkpatrick, who played just six games last year before going down to a serious injury, has the third-most expensive contract on the team. Cutting ties with him would create over $8 million in cap room which the Bengals could use to bring in a high-profile free agent and begin the rebuild. 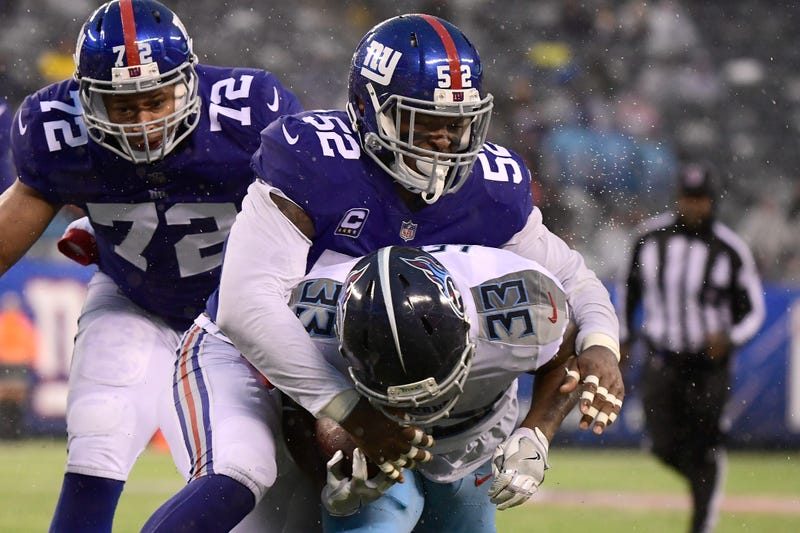 Alec Ogletree could be out after two years in New York. Photo credit Getty Images

While Nate Solder is an option for the Giants in order to free up some space, the better answer lies on the defensive side of the ball.

Ogletree’s name has been mentioned several times as a likely candidate to be cut. His seven-figure contract is not conducive to allowing a rebuild for the Giants, and he is not playing up to the level you’d expect from the third-highest paid player on a given team. The dead cap his cut would carry ($3.5 million) is worth eating in order to free up over $8 million immediately.

The talented tight end has unfortunately had to contemplate his career multiple times given his concussion history. Seeing that he’s played only 19 games in the past three seasons and missed all of 2019, it doesn’t seem like the Redskins have much to gain by paying him the $10.3 million he’d be owed in 2020. Instead, releasing the veteran tight end would free up $8.5 million which could be used to bolster one of the many areas needing help on this roster. 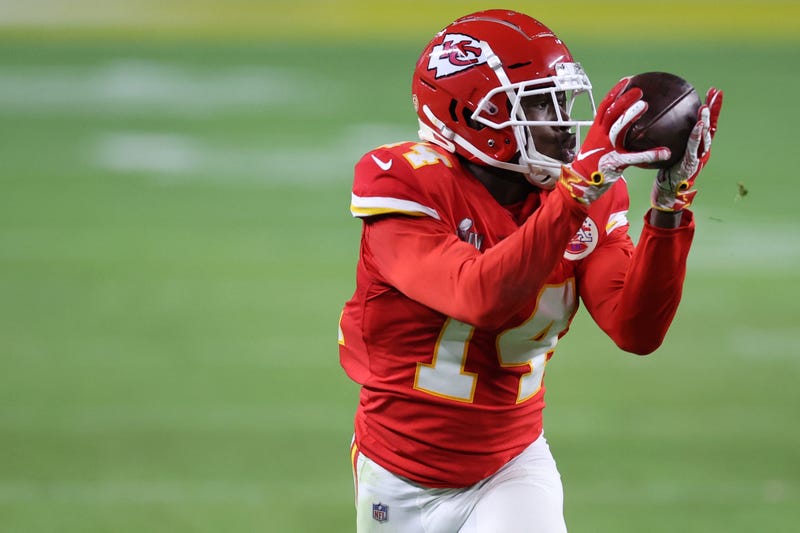 It’s a cruel world out there. Just a couple weeks after hauling in five balls for 98 yards in a Super Bowl victory, Watkins is one of the most at-risk players of the chopping block this offseason. The logic behind this move isn’t too difficult to see. His $21 million cap hit is the highest among all receivers in the NFL. His production, on the other hand, is not. Nor is it top 10, the top 20 or even the top 50.

Instead, based on Pro Football Focus’s rankings, Sammy Watkins was just No. 67 out of 102 eligible wide receivers in 2019. Though his postseason performance was impressive, his lackluster regular season play, his known inconsistency and his lengthy injury history makes it difficult to support keeping him on board.

It will be difficult to convince another team that Watkins is worth that amount, too, unless a team with massive cap room, like the Dolphins, is willing to take on the receiver and provide their next quarterback with a proven weapon. The Chiefs could be willing to renegotiate Watkins’ contract, however, and he has admitted that this is a possibility in order to avoid being cut.