Another week of NFL is (almost) in the books and we’re starting to get clarity in the NFL.

The Cincinnati Bengals just cannot get out of their own way.

They are a classic case of a team that is their own worst enemy. They are the Paula Abdul of the NFL. Three steps forward, two steps back. All season long. They beat the Vikings in the opening game and then gave the game away to the Bears the next week. They STOMPED the Ravens and what did they do? Give up over 400 yards and lose to the Jets the next week. And last week, they had a massive win over a divisional rival, sweeping the series with the Steelers for the first time in over a decade.

So when they were three-point favorites at home to the Chargers? It was just almost a certainty that not only they would not cover, but they most likely would not win. And it began and ended with turnovers. Lots of them.

Joey Burrow threw a PERFECT pass to Ja’Marr Chase who bobbled the ball in stride and had it plucked out of his hands. What should have been a Bengals TD turned into a turnover. Joe Mixon got stripped after a furious comeback made it 24-22 and it got ran back for six points.

This is what happens with young teams. They just can’t sustain excellence. Otherwise, they’d be contenders, and the Bengals proved again that they are not.

As for the Chargers? They have a great offense, and a terrible defense. Especially without Bosa who went out early. Cincinnati should have scored three more TDs if it wasn’t for Mercury in retrograde.

Unless something dramatic changes, neither of these teams are a threat to do much in the playoffs. In fact, they might not even make the playoffs if they don’t tighten things up.

The Vikings continue to be one of the most befuddling teams in the NFL. You cannot rely on them to succeed nor fail on any consistent basis. They beat the Chargers and then the Packers, and just when you think they might be good? They follow it up with losses to the Niners and to the winless Lions. And they lost in the most Vikings way possible. They clawed back after being down all game and scored with 1:50 left in regulation, and then gave up the most Minnesota drive in history. With 1:50 left, the Lions drove 75 yards on 14 plays and scored a touchdown on 4th-and-2 with no time on the clock.

Night night to sad Dan Campbell. Night night to Vikings playoff hopes. And probably night night to Mike Zimmer. This team with a good pass rush, an elite running game and a capable Kirk Cousins with weapons like Justin Jefferson should be enough to beat the Lions.

The fact that they aren’t? Makes them the Minnesota Vikings. 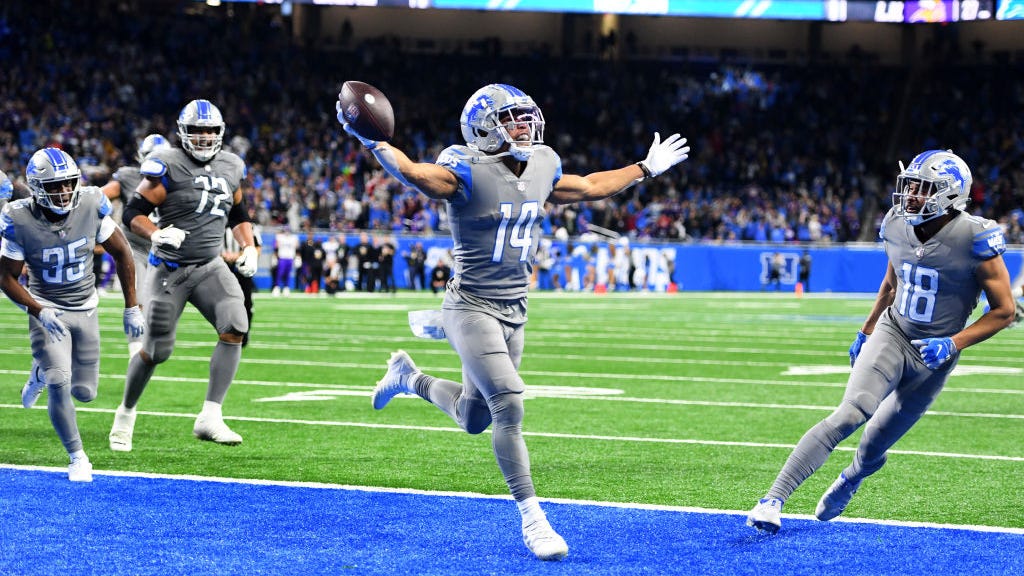 The Miami Dolphins Are A Playoff Team

The Miami Dolphins might just mess around and make the playoffs.

The Dolphins are more growers than showers. It takes them a minute, and they are notoriously slow starters, but once they get rolling, they are impressive. Since Week 6, Tua leads the league in completion percentage and their defense over the last month has allowed just 11.5 points per game.

If it's possible, they outdid themselves against the Giants this week (I know it was only against Mike Glennon) holding them to just nine points. This is a team that is rock solid at just the right time and with their easy schedule that ends with the Patriots who will most likely be resting their starters for the playoffs in Week 18. All of that being said, the Dolphins could easily win out and sneak their way into a wild card game.

As much shade as we throw on Brian Flores and Tua, this Dolphins team is fun, and one of the best bets ATS for the rest of the season.

Considering how bad this weekend’s slate was, there were so many fun moments that happened this weekend: Kyler came back with a bang, Gardner Minshew won for the first time in the last few years, the Colts destroyed the Texans, and the Broncos throwing the game away against the Chiefs. 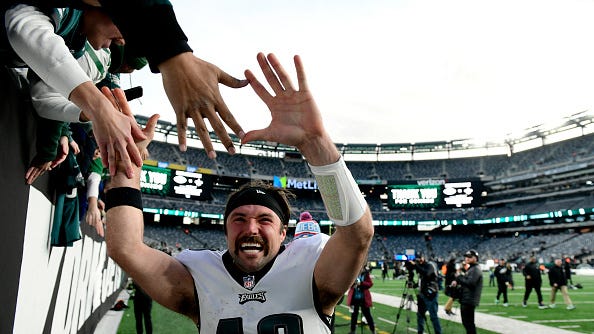 WATCH: Fired up Gardner Minshew has emotional celebration with dad after Eagles win

We’re coming down the homestretch and I could not be more excited! The playoffs can’t come too soon.