As NFL training camp begins, it is typically overshadowed by a star player holding out in demand for a contract extension.

That role appeared to belong to Jamal Adams and the Jets this year, but Gang Green decided to pull the trigger on a trade a send the All-Pro safety to the Seattle Seahawks in exchange for safety Bradley McDougald and three draft picks, including two future first rounders.

While this year’s training camp will be filled with plenty of COVID drama, what will the major questions involving players and teams be now that the Adams saga is wrapped up?

Is Everything Really OK Between Dak and Cowboys? 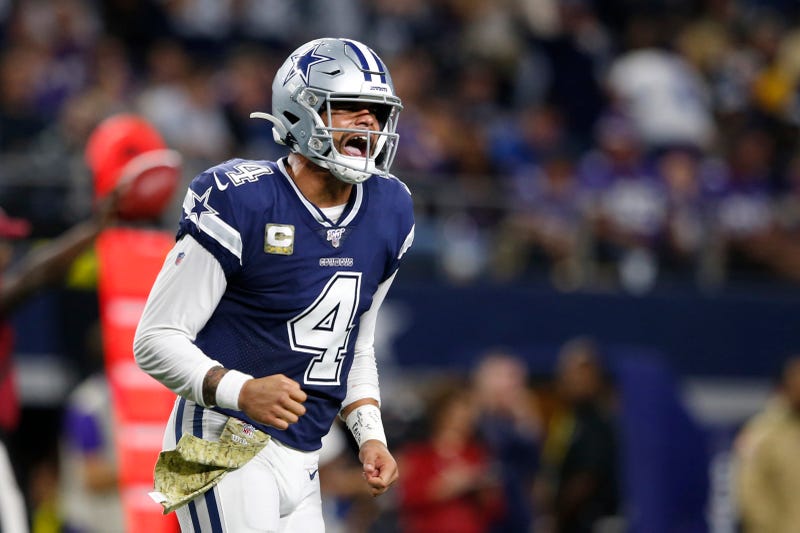 The deadline has come and past and Dak Prescott did not get the mega contract extension he was looking for, and will instead play the 2020 season on the franchise tag.

Prescott says he couldn’t be happier to be a Cowboy, and COO Stephen Jones says there is no hard feelings about not getting a deal done.

Well, that would certainly be a rarity in the business of the NFL where a star player did not get what he wanted, and perhaps Prescott’s brother, Tad, was the only one showing his true feelings in the aftermath of the failure to reach a deal when he tweeted that he won’t be cheering for the team much longer.

It is only human nature for someone like Prescott to feel disappointed and frustrated that he couldn’t get a deal of that magnitude done, and it is worth wondering what the relationship is really like now between the two sides.

Obviously, Prescott’s contract will be an ongoing storyline that will be revisited at season’s end, but could not getting the deal done this summer have been the beginning of a fracture in the relationship between Dak and the Cowboys?

The Cowboys have a team set to contend in the present, so it is hard to imagine a scenario where they wouldn’t extend Prescott or keep him around for next season.

The Joneses and Prescott will get their chance to elaborate on their feelings at training camp, but this is a saga that is not going to quite go away and until Dak is locked up, there will continue to be this cloud over his head – fair or not – on whether or not he is indeed the Cowboys quarterback for the future.

How Will Cam Fit in With Patriots? 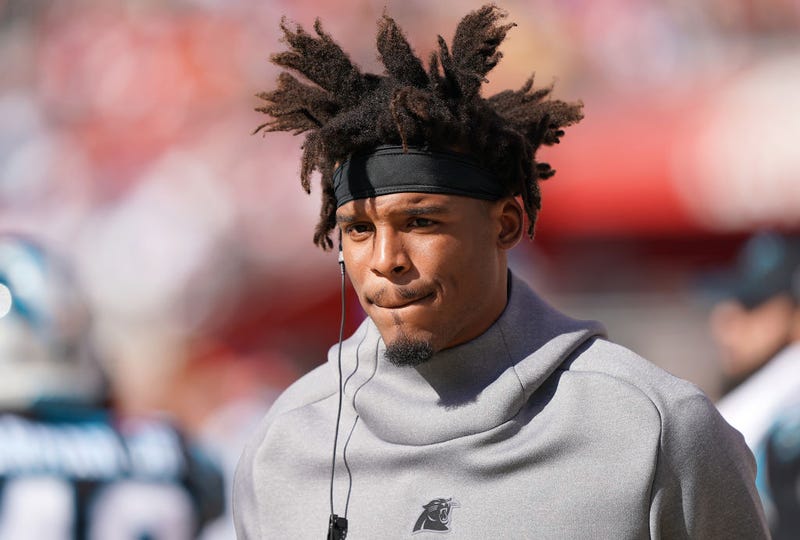 For the first time since 2001, someone other than Tom Brady will begin camp as the starting quarterback for the New England Patriots. It is presumably Cam Newton’s job to lose as the former league MVP looks for a second life with the Patriots.

Newton and Brady are different on a number of different levels. Brady was durable. A true pocket passer who demanded perfection and winning above all else and embodied the “Patriot Way.”

Newton is a mobile quarterback. While his arm is strong in the pocket, he makes plays with his legs too, which also causes him to be thrust into harm’s way. He’s been banged up over the last couple seasons, playing in just two games last year.

While Brady was kind of a vanilla personality, Newton is exuberant on and off the field. His post-game fashion choices often overshadow his performances.

Bill Belichick is excellent at getting players who come to New England to buy into the culture, and Newton is coming into camp with a bit of a chip on his shoulder. His mobility should allow Josh McDaniels to be more creative with the playbook and the Patriots to continue to contend in the AFC East.

But there will be plenty of questions swirling around Newton this summer. He is filling the shoes of arguably the greatest quarterback in NFL history in addition to the other questions he will likely face regarding his health, talent and chemistry with his new team. 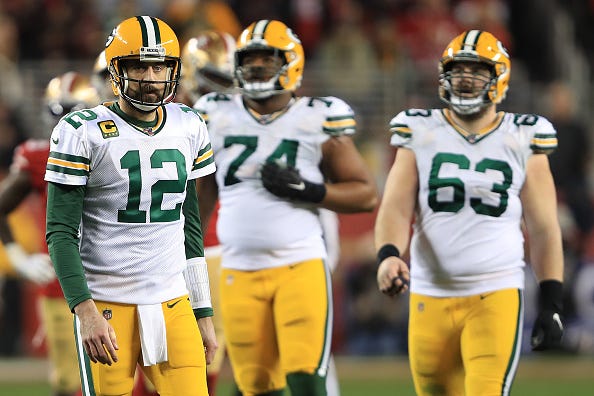 One of the most surprising moments from this year’s NFL Draft was when the Green Bay Packers traded up to select quarterback Jordan Love with the 26th pick in the first round. Not only did it come as a surprise to NFL fans, but also to Packers quarterback Aaron Rodgers.

Rodgers, 36, took the Packers to the NFC Championship game last season, but admitted he was “bummed out” but understands it’s part of the NFL business.

Heck, it was Rodgers who had to wait three seasons to take the starting role over from Brett Favre – who did not have the warmest relationship with his successor.

But Rodgers seems, by all accounts, to be embracing Love’s arrival. It’s his relationship with the Packers that may be on thin ice as the quarterback said in a recent interview on The Ringer to “look at the facts” when asked about his career ending in Green Bay, hinting he may be on the move in the not-too-distant future.

How Will Wentz and Hurts Co-Exist in Philly? 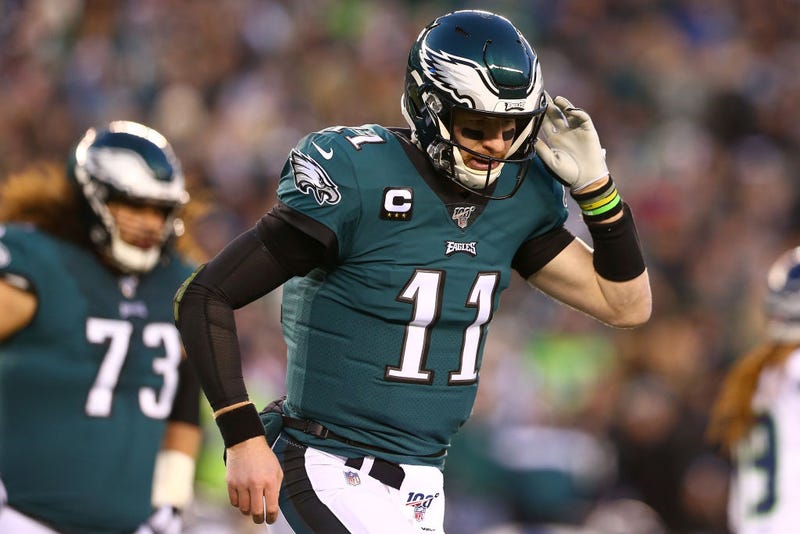 While the Eagles, just like the Packers, are hardly in a situation where you would consider it a quarterback controversy, much of the attention will be on Hurts and his role on the team moving forward.

One potential fit for Hurts is that the Eagles will use him as a gadget player or turn him into a jack-of-all-trades weapon, a la Taysom Hill on the New Orleans Saints. The Eagles did use a second-round pick on him, so he should be expected to play in some capacity this season.

Which brings us to Carson Wentz. The Eagles chose him over Nick Foles’ Super Bowl heroics a year ago, and he was extended through the 2024 season with a lucrative $128 million deal.

But teams don’t typically draft quarterbacks in the second round as an insurance policy for their franchise quarterback. The Eagles are a forward-thinking team and could certainly have a plan that maximizes the potential of both quarterbacks. But with Wentz’s injury history and Hurts lurking in the shadows, it should be interesting to see how this dynamic plays out. 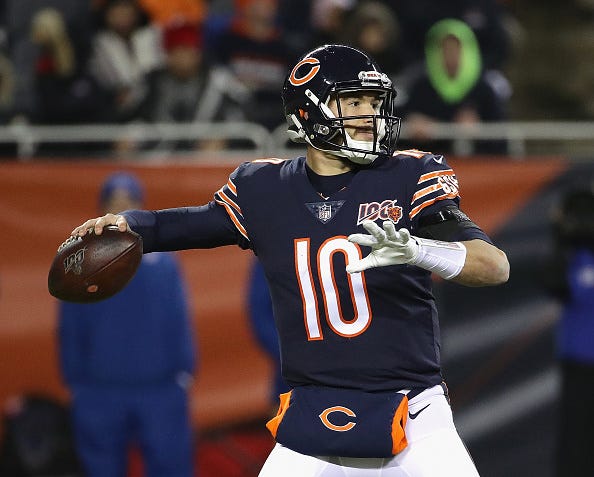 Perhaps the most intriguing position battle across all NFL camps comes in Chicago where Nick Foles will be competing with Mitchell Trubisky for the Bears starting quarterback job.

Foles, who led the Eagles on that memorable Super Bowl run just three seasons ago, was traded to Chicago in the offseason in a deal with the Jaguars – who parted ways with Foles after just one season.

The belief, however, is that the starting job is Trubisky’s to lose. The Bears traded up to select Trubisky with the second overall pick in the 2017 draft with visions he would be their franchise quarterback. But after three seasons, Trubisky has not lived up to the hype – leading Chicago to the playoffs in 2018 but following that with a disappointing 2019 season.

Trubisky has the advantage of being familiar with the Bears receivers and playbook, but even if the Trubisky is named the Week 1 starter, the thought of replacing him with Foles will be at the forefront of discussion after one subpar performance.

It will be worth keeping an eye on how things progress in Chicago, but it is certainly a storyline that will progress beyond training camp and into the 2020 season.

Where Will Pass Rushers Yannick Ngakoue and Jadeveon Clowney Play? 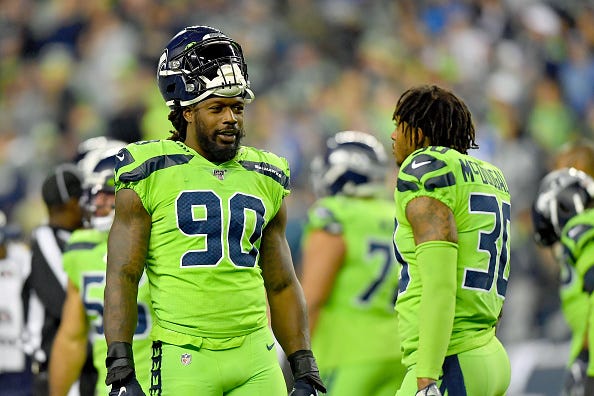 An elite pass rusher could be a game-changer for any defense, and it is very rare that two of the best in the league could be available at the start of training camp, but that is where things stand with Jadeveon Clowney and Yannick Ngakoue.

Clowney is a free agent seeking a deal around the $18 million per year territory, but he is coming off a mediocre season with the Seahawks in which he had just three sacks and also had offseason surgery to repair a sports hernia.

Teams like the Raiders and Browns have reportedly made offers to Clowney as well, but he has not accepted their offers. Other teams, like the Jets and Eagles, have also been loosely linked to Clowney.

Will Clowney take the best deal he can get or will he continue to hold out for a team he wants to play for?

The Ngakoue situation is a bit different. The Jacksonville Jaguars placed the 25-year-old pass rusher on the franchise tag, but it remains unsigned and Ngakoue is a no-show early in training camp.

With some friction there between Ngakoue and the Jaguars – and Jacksonville not expected to be competitive this season – it is all the more likely Ngakoue gets traded in the coming weeks.

The Jets just so happen to have an excess of draft picks and a particular need on defense without Adams and C.J. Mosley opting out. The Browns, Raiders and Eagles are all likely to be potential targets for Ngakoue as well.